Four books - four stories following one woman's journey into a world she has only ever seen in a movie!

The Fallen Angel series, a mafia romance with a difference.

On the first day of her holiday to Washington, DC, Brooke Stiles meets Robert Stone.

Dark-eyed, damaged and dangerous - Stone has never had a normal relationship for fear of his past being exposed. Not knowing how to respect nor love, he struggles with his feelings for a woman who makes him question everything that he is.

Once Robert came to terms with the fact that he was in love with Brooke, he knew he could never let her go. Not letting her go means introducing her to his life, past and present.

However, when Robert’s past and present collide, Brooke does the one thing that Robert begs her not to. Does it change her? Has that light that he sees in her eyes been extinguished?

This is a story of an extraordinary couple who love, fight to survive, and become one of the most powerful 'families' in the U.S.

The Fallen Angel series is a mafia romance for readers over the age of 18. Contains graphic scenes of a sexual nature. 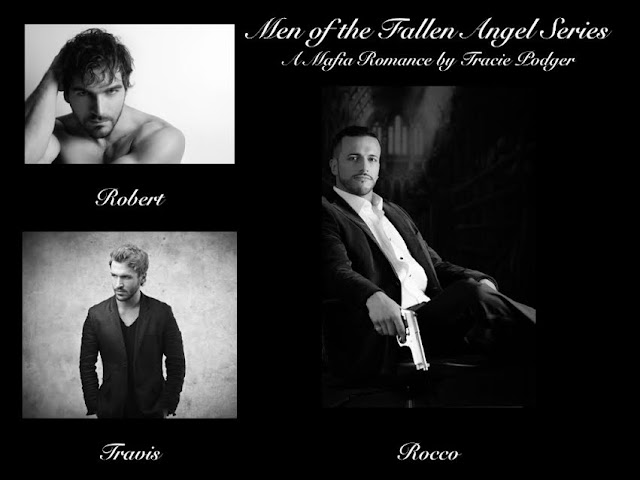 Tracie Podger currently lives in Kent, UK with her husband and a rather obnoxious cat called George. She’s a Padi Scuba Diving Instructor with a passion for writing. Tracie has been fortunate to have dived some of the wonderful oceans of the world where she can indulge in another hobby, underwater photography. She likes getting up close and personal with sharks.