The three O'Gallagher siblings, all in one set.


O’Gallaghers has been a long-lasting establishment in San Diego, known for its Irish brews and fare. When the next generation of O’Gallaghers take over though, it becomes known for a little bit more…

“You ready?” I called out. She was in the bathroom packing up our toiletries in a separate bag. She was in a much better mood this morning but even if she were still pissy over the dog, I was sure that the moment we hit snow up north, she’d be happy again. Because who the hell didn’t get excited over snow?

“Did you want the green or blue bottle of Axe?” she replied. I grabbed the overstuffed duffle and walked toward the bathroom, dropping the bag to the floor and stepping into the small space. It was tiny and really couldn’t fit the two of us, but I found I liked small spaces with Emily. She was currently standing outside the standing shower stall, glass door wide open, as she considered the bottles in the hang-up caddy.

I stepped right behind her, keeping a small distance from her body. I loved the way her tall, willowy body aligned with mine and my cock twitching under my jeans wasn’t ever shy to tell her, so I kept my distance. “Green,” I answered.

She leaned into the shower, stretching in and thrusting her ass out toward me and I fought a groan. I wanted nothing more than to run my hand up her back, around her side, down her front…

But I was taking my damn time with her. I waited this long—after royally embarrassing myself—I could hold myself back until she was completely ready to take this to the next level.

Even if I teased myself mercilessly in the meantime.

She stepped back and into me, stumbling and reaching a hand out toward the glass door jamb to steady herself. “Rory!”

I helped steady her by grabbing her hip with my hand. “Sorry,” I said chuckling. “I thought you heard me come in.”

“I did,” she said, turning in my arms. Her upturned face brought her lips so incredibly close to mine. I could lean in, take the sweetness that was presenting itself…but I want going to. Not yet. “I just didn’t think you’d be that close.” She stepped around me and put the bottle in the bag holding all our other bathroom items.

“We need a bigger place,” I answered, hoping it came off in a semi-off-handed manner. Like the puppy, I was trying to give her some long-term items in hopes she’d be willing to take the next step.

“Maybe when I graduate in fifty bajillion years,” she grumbled as she zipped the bag.

She turned her head toward me, her face twisted in amusement. “You’re keeping track?”

“For when you get out of the terrible twos and temper tantrums? Fuck yes,” I joked, reaching for her hips and pulling her in, easing the jest with a quick kiss to her lips, finally taking a fraction of what I wanted.

“I’m not that bad,” she said against my lips.

“Oh, Emily.” I shook my head, pulling my head back but keeping my hand on her, sliding it to her lower back. She was currently in leggings and a long-sleeved t-shirt of mine, allowing me to still feel the dips and grooves of her lower back and spine under the cotton. In the matter of a few hours, she’d be in a bulky sweatshirt. I had to get my feels in. “You are that bad.”

The Books Included in the O'Gallagher Nights: The Series Boxed Set!

Thirty-two, six-foot, and all muscle. Flashes of dimples behind his black beard, quick winks for the lady patrons, and a tattoo sleeve that leaves the ladies begging to be his nightly conquest.

Because one of them will be.

Every night at close, Conor brings one, two, sometimes more, up to his apartment and has his merry way with them. The women always leave satisfied, and always know he’s a one and done kind of guy, no repeat performances.

But what happens when one of his one night stands comes back into his life five months later, and pregnant no less?

What happens when one night gives you more than you bargained for?

Conor’s about to find out… 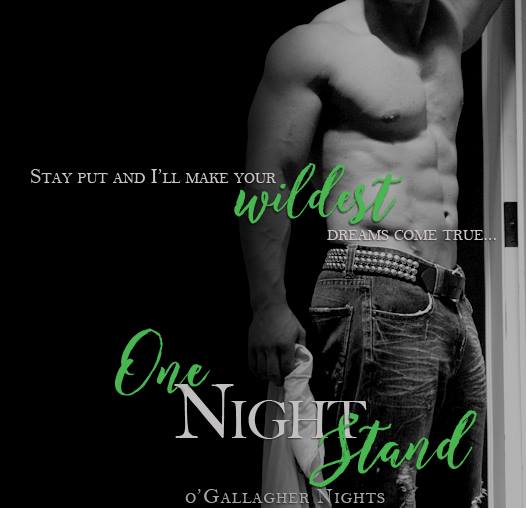 Thirty, five-ten, and long, lean muscle.
The middle O'Gallagher is as known for his prowess in the bedroom as the oldest is,

and for so much more.

But then there was Emily Winters.

With her white blonde hair, icy blue eyes, and cold demeanor toward him, Rory shouldn't want anything to do with her.

But so help him, he does. 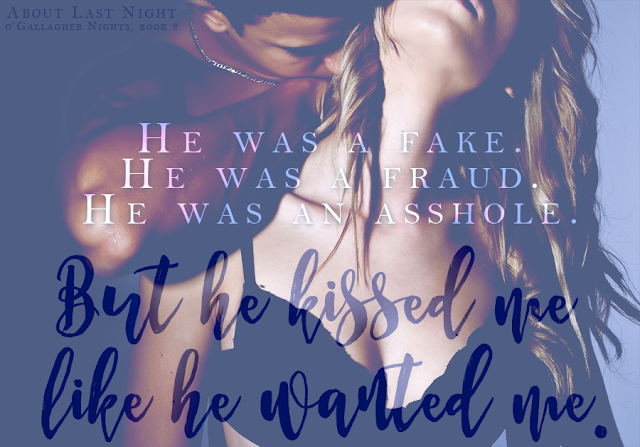 The baby sister of those sexy O'Gallagher boys has her own story to tell.

Her brothers think she's something she's not... but the truth is,
most of the rumors had always been true.

At twenty, she decided she needed a change.

Then her brothers hired him.

He makes her feel like she's spiraling backward, but is she really?
Has she found the one person she can confide in, the one person who will not judge her?
And just how long can she keep it from her brothers before the repercussions settle in and she not only loses him, but the respect of her brothers?

Her road hasn't been easy--and it's not about to start smoothing out now. 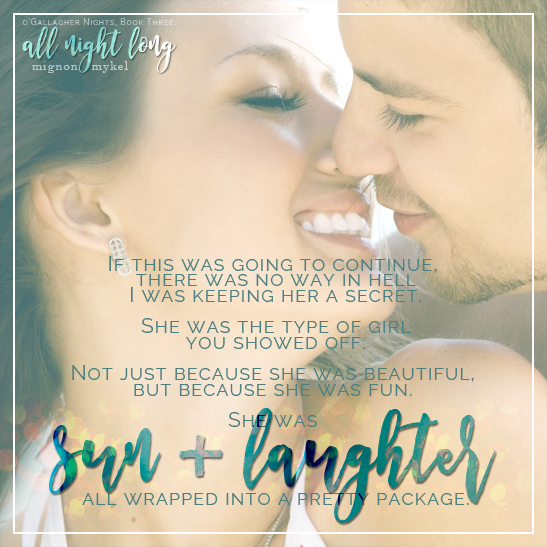