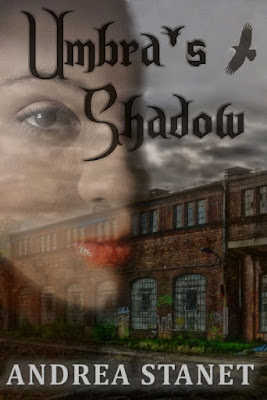 Got a problem that needs a kick-ass mercenary to fix it? Merc’s your shapeshifter.

It’s been open season on changelings—human/faery hybrids—until word gets around: someone’s got their backs.

Merc relies on her unique shapeshifting talents to defend the poor and disenfranchised hybrids living on the fringes of a modern-day Hudson valley city. Perhaps her past spurs her to help—orphaned, unable to remember her parents or her original form, forced to survive alone until a kindly Changeling couple takes her in. But Merc also dreams of escaping the poverty and rescuing her boyfriend from the environment that feeds his addictions.

Dúl, a mysterious and seductive full-blooded fey, seems to offer Merc the way out. But the job he proposes will plunge her into the political wasp nest of the Dreaming World and its fey courts. Dúl hires her to rescue the female lieutenant of the Shadow Court’s king. But Morgan isn’t the only full-blood that’s disappeared.

Nothing is what it seems. A hidden player is capitalizing on the animosities within the four courts, and Merc must solve the puzzle before anyone else falls victim. Her investigation exposes the web of betrayals and lies ambushing the courts from without, or maybe from within.

No one could defeat this conspiracy alone. Merc must suppress her solitary nature and learn to work with a team, while Dúl enters into a bitter alliance with his most hated enemy. Amid this treachery, the magnetic attraction between Merc and Dúl deepens into a forbidden bond they are powerless to deny.

Even if she unravels the chaos plaguing the Dreaming, can she handle the truth about the full-blood she’s fallen for?

A dream stalker, shadow man, vengeful steampunk siren, ghost, and now feycourt intrigue—while Andrea Stanet doesn’t shy away from any genre, her passion is writing fantasy and horror fiction for various age groups. Her short stories have appeared in several anthologies and an online literary magazine. Her most recent releases are “The Tradition,” a middle grade horror aboutwere-crows, and “Song of Vengeance,” about a young performer whose father traps her dying spirit in a mechanical bird.

When not fixating on dragons and zombies, Andrea’s hobbies include running (clearly displaying masochistic tendencies), cycling (hills are only fun when going down), reading (anything and everything), and gaming (Cthulhu themed board games are favorites). Andrea lives in New York with her husband, two kids, a cat that thinks she’s a dog, and another cat that thinks he’s a mountain lion.