Control isn’t always what it seems.

What do you see Marie Easton as? The jealous secretary whose desire for her boss turns her into a lustful bimbo. Appearances can be deceiving though as new finance director Callum Ashworth is about to find out. Can he help her see the true person behind the mask she wears and how beautiful she is? Or will his attentions lead her down a path she never thought she would go?

And what about Callum? Is he the boring accountant that you expect him to be? Or does he hide a secret that nobody ever expected, least of all Marie. With a trip to Rome, and a journey to the dark side of London. Misguided Control will take you on a love affair born out of the fiery pains of hell.

Amy and James found their happy ever after in Divided Control so what could possibly go wrong?

Amy gives birth, that is what. Can the loving couple find an equilibrium with their new status as parents or will it be their destruction? Throw in another blast from the past and their world looks set to be rocked.

Are you ready to step into the world of control? 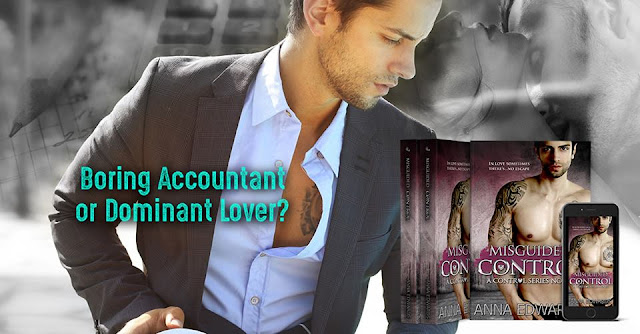 She took her clothes off. Slowly. He threw them into the shower. She wouldn't wear them again. He could throw them away.

She stood in her bra and panties before him. "You should leave."

"I'm not leaving you alone."

"I'm not leaving." His eyes had turned dark.

If she was honest with herself, though, she didn't want him to go. She undid the clasp of her bra and dropped it to the floor. He averted his eyes, but she knew he could sense every movement she made by the way he gripped the sink. She reached for the waistband of her pants and pulled them down.

"Can you get in the shower alright?"

He turned the water on when she got in. Warmth washed away the filth of what could have killed her. She scrubbed her skin while tears fell. She slathered herself in the soap that he handed her. She'd nearly died. She'd really, really come close to dying.

Oh God. Her mum. Owen. Guilt washed over her as she cried and cried. The entire time Callum stood outside the shower. He no longer averted his eyes. He watched as she sobbed and sobbed. She didn't want him to look away. She wanted him to watch. He needed to be close. She wished he could be in the shower with her; inside her. He could take away the pain of her life but she couldn't. She had to be strong.

When she finally got out of the shower, he wrapped a towel around her and rubbed her until she was dry.

"I don't have a change of clothes for you. But." He took off his jacket, tie, waistcoat and shirt. "Take my shirt, it will cover you. My coat will keep you warm." He put the waistcoat back on.

"You don't have a girdle." She wasn't sure where those words had come from. All she knew was that she had looked at his muscular torso and that was what had popped into her mind. She let out a little giggle.

He took a step closer to her and wrapped the shirt around her. She dropped the towel to the floor, and he did the buttons up. He stopped after a few and rested his forehead against hers. "I'm so sorry. I've never hated having to do anything as much as I hated putting you in that position. It was the only thing we could think of. Signore Corvi had hidden things too well."

"It's ok. Everything worked out."

"Mr North will be very pleased with you." Callum hesitated on the words.

He brought his lips down, so they hovered just above hers. "Marie, may I kiss you?" 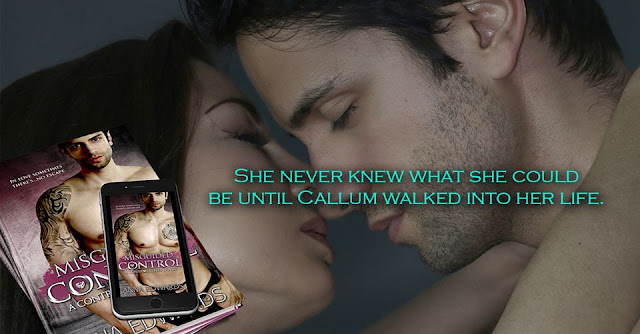 Anna Edwards is a British Author who has a love of travelling and developing plot lines for stories. She has spent the last two years learning the skills of writing after being an accountant since the age of 21. As well as roleplaying on Twitter, she can also be found writing poetry.

Her debut novel, Surrendered Control was released in November 2016 and has received fantastic feedback on the drama of story. Divided Control followed in December and again received acclaim.

The contest closes at midnight EST on April 22, 2017, and is open to entrants worldwide. 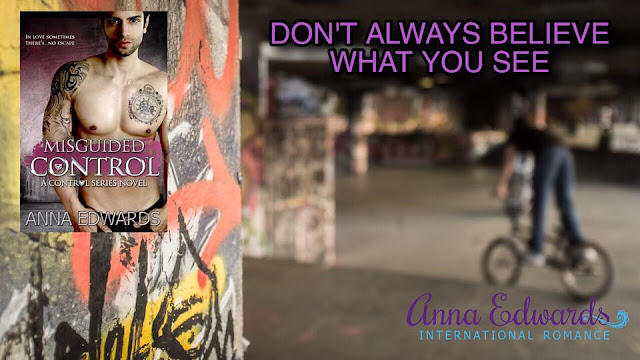 Check Out All The Stop On The Tour