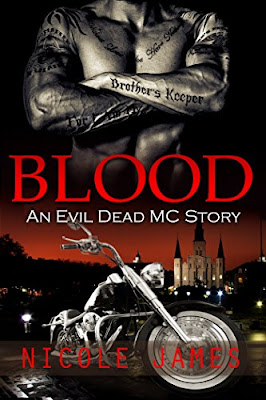 A tale of revenge, loyalty and debts owed.

He’s the Enforcer for the New Orleans Chapter of the Evil Dead MC.
She’s a nurse, kidnapped and thrust into a situation out of her control.

Chained to a bed, his wounds on fire, his mind foggy with fever, Blood is losing all hope of ever making it out of the stifling New Orleans row house. Until the door opens and an angel of mercy is thrust inside.

Nurse Catherine ‘Cat’ Randall stared at the man on the bed. He’s dark and dangerous and everything she hates—just another filthy biker. Only he isn’t. He’s nothing like the others. And she’s his only hope of escape. Can she risk helping him? Can she trust a man who wears an MC patch? How can he be her savior when he wears the face of her deepest fear?

Blood owes the pretty nurse a debt—one he’s determined to repay, even if it clashes with his duty to his club. He made her a promise. But time is running out. To keep that promise and repay the debt he owes, he may have to sacrifice it all—everything that ever meant a damn to him.

Fighting treachery, betrayal, and dirty deals, there are a hundred ways it could all go wrong, but Blood is determined to have Cat for his own. She’s fast becoming his weakness. As the smoldering passion between them flares to life, burning hot and intense, no one is going to stop him. He wants it all, and he’ll settle for nothing less.

This is an emotional story filled with twists and turns, tragedy and humor that only the Evil Dead MC can deliver. Hang on for a ride you won’t forget.

Buy It On Amazon 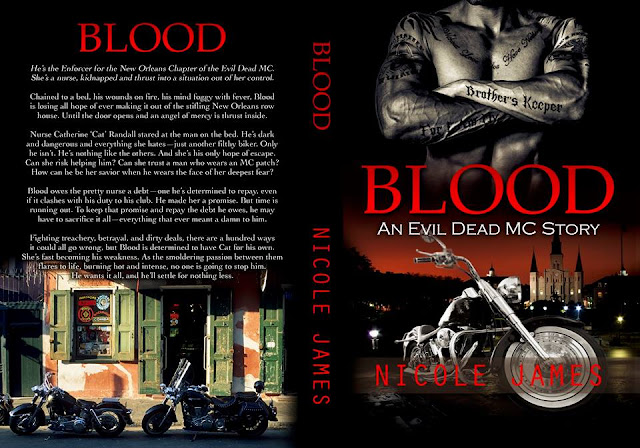 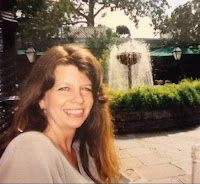 Nicole James grew up in the suburbs of Chicago. As a child, she wrote her first book, Charlie the Firefly, at the age of eight. Her mother knew long before she did that she would someday become an author. Growing up, she spent many happy weekends and summers in Michigan at a cabin on a lake. Winters, she loved to ski. As an adult, Nicole has traveled all over the West and South. She has lived in Illinois, Arizona, Georgia and Alabama. She has a love of motorcycles, writing, reading and the beach. Her favorite city is New Orleans. She loves music of all kinds, but especially the blues. She has two wonderful sisters, two fabulous kids, one awesome son-in-law, and an adorable granddaughter.