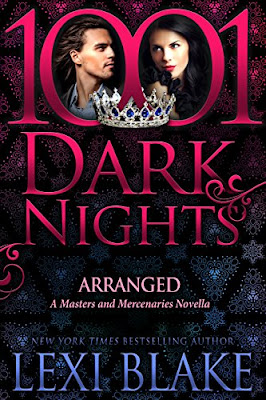 Kash Kamdar is the king of a peaceful but powerful island nation. As Loa Mali’s sovereign, he is always in control, the final authority. Until his mother uses an ancient law to force her son into marriage. His prospective queen is a buttoned-up intellectual, nothing like Kash’s usual party girl. Still, from the moment of their forced engagement, he can’t stop thinking about her.

Dayita Samar comes from one of Loa Mali’s most respected families. The Oxford-educated scientist has dedicated her life to her country’s future. But under her staid and calm exterior, Day hides a few sexy secrets of her own. She is willing to marry her king, but also agrees that they can circumvent the law. Just because they’re married doesn’t mean they have to change their lives. It certainly doesn’t mean they have to fall in love.

After one wild weekend in Dallas, Kash discovers his bride-to-be is more than she seems. Engulfed in a changing world, Kash finds exciting new possibilities for himself. Could Day help him find respite from the crushing responsibility he’s carried all his life? This fairy tale could have a happy ending, if only they can escape Kash’s past…

“Did you enjoy the dessert? They had been planning on serving crème brûlée, but I remembered you like gelato. Strawberry.”

She turned and Kash was standing in the doorway, the tie to his tuxedo undone and the first few buttons of his shirt open, showing off golden skin.

Oh, how the girls must swoon over that man.

Unfortunately for him, she was a woman and not a girl. She curtseyed, recalling her etiquette classes and going down deep, to show her respect for the crown. “I thank you, Your Majesty.”

“Come now, Day. I asked you not to call me that long ago, and now it appears there’s even less reason. We were friends then. We’re going to be husband and wife in a week. Shocking how quickly that woman can move when she wants to.”

He looked so composed, but she couldn’t forget that he’d only found out his mother was dying this afternoon. That was when she’d seen the real man. She’d interrupted them with her silly dress and she’d seen the shock and pain on Kash’s face before he’d smoothed it out and gone back to being the polite royal he’d become.

“Are you all right?” She asked the question for two reasons. First, she wanted to know the answer and second, to see if they really were still friends.

His lips curved up slightly. “I’m faring quite well. We Kamdars are made of sterner stuff than this. Did you enjoy the dinner?”

So, not so friendly he would talk about private things with her. It was good to know where they stood. They needed to have a long conversation about how this was going to work. They might be marrying to protect the Kamdar line and to give his mother some peace, but they needed a plan of action about how best to achieve their goals.

Partners. That was how she’d decided to look at this. They were partners. And if she ended up governing the kingdom while he was out fucking around with supermodels, she wouldn’t get her heart broken.

Yes, they needed a talk and perhaps a contract.

“I enjoyed the meal very much. The company left something to be desired, but I suspect I’ll get used to dining with windbag politicians.” She turned back to the balcony, leaning against it. The view from here was spectacular. Beyond that, it was soothing in a way.

“Yes, Mother told me they’re giving you trouble.” He joined her, leaning beside her, their bodies so close but not touching. “I’ll talk to them, ensure you have your funding.”

“Don’t. It can wait a few weeks. I need to go back to them and introduce myself as their new queen.” She wasn’t about to let them think she sent her husband in. If he behaved as he so often did, he wouldn’t be around much and it would be up to her to keep everyone in line.

“Is that why you agreed to this arrangement? Because you wanted power?”

“I agreed because I care about this country. I’ve spent the last ten years of my life working here and trying to ensure that our children get what they need to make it out in the world. I agreed because your mother is excellent at putting one in a corner. I agreed because someone has to and I wasn’t sure who you would bring home if given the chance.” She shuddered at the idea of some brainless model attempting to be a role model for Loa Malian girls.

“Ah, you don’t think I have good taste in women.”

“I think you have an unquenchable appetite for them, Your Majesty, and that is something we should talk about.”

“Ah, the wifely lectures begin,” he said with a sigh. “Please proceed. I’m anxious to get this over with so I can be properly chastened.”

“I only ask that you attempt some discretion, Kashmir. I don’t expect you to be faithful in any way, but I do expect you to not humiliate me.”

He turned, frowning a bit as though she’d surprised him. “You don’t expect me to be faithful?”

It was time for some honesty. “I don’t think you can be. How long have you kept a single woman? A month? Three?”

“Six,” he replied. “I was with Tasha Reynolds for six months before we went our separate ways.”

“And were you faithful to her?” She already knew the answer to that question.

“We had an agreement.” He frowned as though the conversation wasn’t going at all as he’d expected. “She was on set much of the time. She knew I had a highly stressful job, so she was understanding. I gave her the same options.”

“Excellent, then let’s be fair with each other. As long as we’re both discreet, this marriage of ours doesn’t have to mean the end of our lives.”

I have to say, part of the reason I enjoyed this book so much was Day. I loved the way she put Kash in his place and I also loved the way she was his strength and support system. This book was very different from any of the others in the series or anything I've read from Lexi to date but it was also a refreshing change of pace. While this particular set up is not my usual go to, I certainly enjoyed it. ~ Lana ❇✾Dirty Girl Romance❇✾

Lexi Blake delivers an exciting read with fabulous and unique characters and spice to every story that she writes. She knows how to balance out all elements to make a book suck you in right from the start. ~ Kate Phoenix

Looking for a quick and sexy escape from reality? Look no further, because Lexi Blake has the novella for you. ARRANGED is a Masters & Mercenaries novella that had me hooked from the very beginning. I didn't know what to expect, and yet, I wasn't surprised at all with how much I LOVED Kash and Dayita's complicated love story. It's emotional. It's rich. It's complex, despite the page length, and I was a complete goner from the very start. ~ Shayna

I enjoyed the story of Kashmir and Dayita. This story isn't as detailed in the sex scenes, which are few and far between, as the other Masters and Mercenaries books. However, it was still a great and enjoyable read. ~ Shannon_HEABlogger

Arranged weaves it's web of seduction while delivering heartbreaking truths and providing a second chance for star-crossed lovers. Every fantastical scenario wrapped up in a temptingly small novel that stirs the blood and touches the heart. ~ Isha Coleman

I really enjoyed this novella. Kash is a complicated soul. His past left him feeling second best which only contributed to his life spiraling out of control. Dayita gives Kash what he needs although he didn't fully understand. I loved Dayita, she's strong, takes control and a fighter. The series includes mostly male Doms, this story is a nice change of pace. Arranged is heart-opening, sexy, who-done-it. 5 Stars! ~ Peggy Lee (Reading Keeps Me Sane Book Blog) 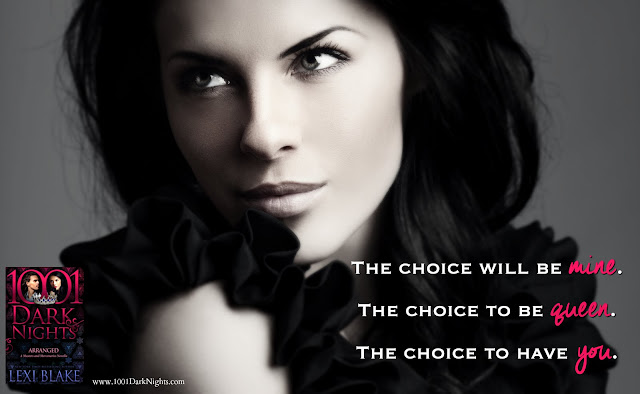 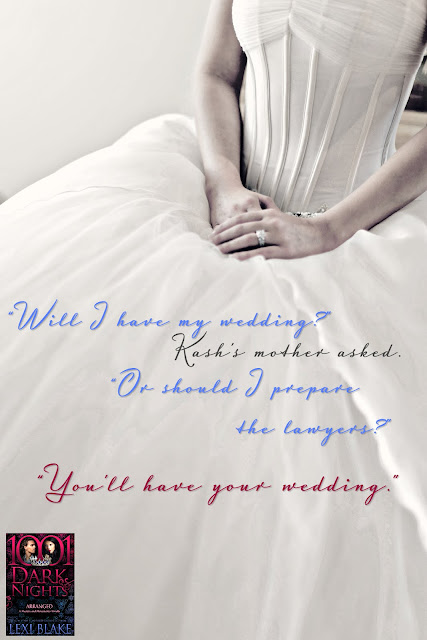 This free novella is available through the newsletter 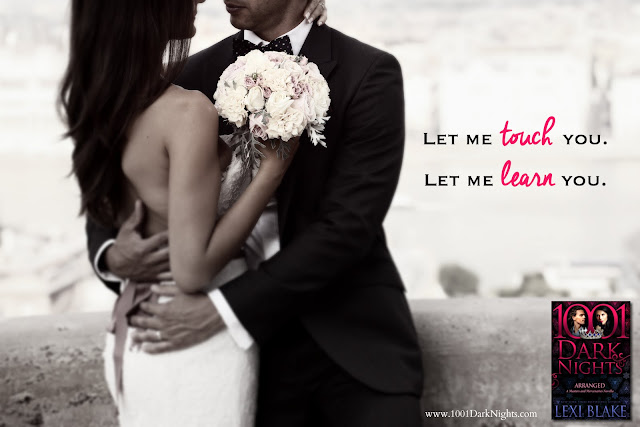