Blog Tour ~ The Beast Within, Conversion #5, by S.C. Stephens 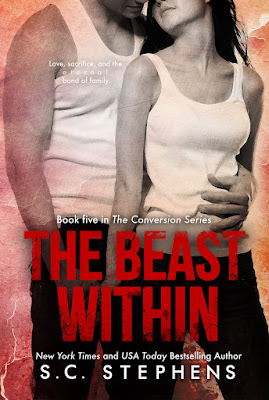 Nika Adams has had a challenging year. She gave her heart to Hunter Evans, only to have him break it. But Nika refuses to give up hope. Not when there's a chance she can save her true-love—even if she must save him from himself.

Julian Adams finally knows what he wants, and is truly happy. But when he gets mixed up in Nika's suicide mission to save her wayward boyfriend, he begins to wonder if his dream girl can handle the dangerous life that comes with being an Adams.

Even still, the memory of Nika’s lips on mine burned me more than the acidic feeling of the sunlight as it had finally penetrated the window and seared my skin. Feeling her kiss again had lifted me in a way I’d never expected to be lifted. Our last goodbye kiss was soft, sweet, tender, but full of so much passion. But even it paled in comparison to the taste of her blood in my mouth. The memory wasn’t leaving me. That sensuous liquid had absorbed my every thought and desire. Her heartbeat raging in my ears had drowned out all reason. Clamping onto her neck had felt so natural to me, so right. I’d wanted nothing more than to tear through her skin and feel that burst of warmth course down my aching throat. Oddly enough, I had a feeling Nika would have let me bite her; I thought she’d even wanted me to. But I wouldn’t hurt her in that way, regardless of what the demon inside me wanted.

Once I was inside the lowest level, I breathed a sigh of relief. Shutting the soundproof doors meant shutting out Nika’s honey voice, a voice that plagued my dreams, made me ache in ways that reminded me that a man still lived inside this body of a monster. The way her dress had clung to her, the way my hands had felt running over her body, her warm breath washing over my face, the desire in her eyes, the fire in her kiss … I hadn’t expected her to undo me as quickly as she had. I was putty in her hands, and I’d nearly lost control. But I couldn’t afford to. I wouldn’t snap. Now, or ever. I would remain in full control of this lust. And that meant I had to stay away from Nika. She was too desirable to me. All I would bring her was pain. Or death. And I couldn’t handle either of those scenarios happening.

Don't miss the other books in the Conversion series! 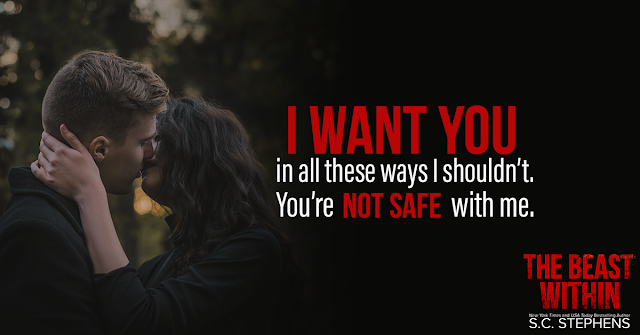 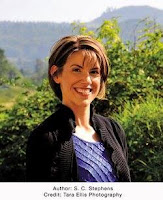 S.C. Stephens is a bestselling author who enjoys spending every free moment she has creating stories that are packed with emotion and heavy on romance.

Her debut novel, Thoughtless, an angst-filled love triangle charged with insurmountable passion and the unforgettable Kellan Kyle, took the literary world by storm. Amazed and surprised by the response to the release of Thoughtless in 2009, more stories were quick to follow. Stephens has been writing nonstop ever since.

In addition to writing, Stephens enjoys spending lazy afternoons in the sun reading fabulous novels, loading up her iPod with writer’s block reducing music, heading out the movies and spending quality time with her friends and family. She currently resides in the beautiful Pacific Northwest with her two equally beautiful children. 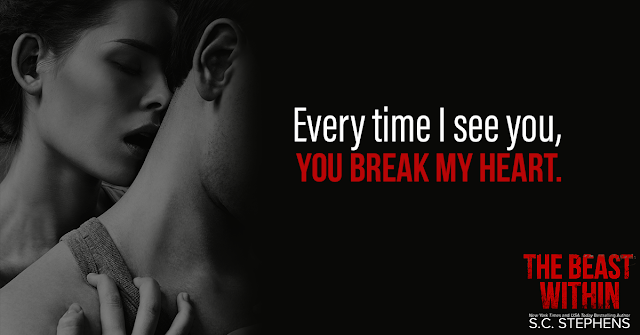