Release Reboot ~ Sold To The Gladiators by Jaye Peaches 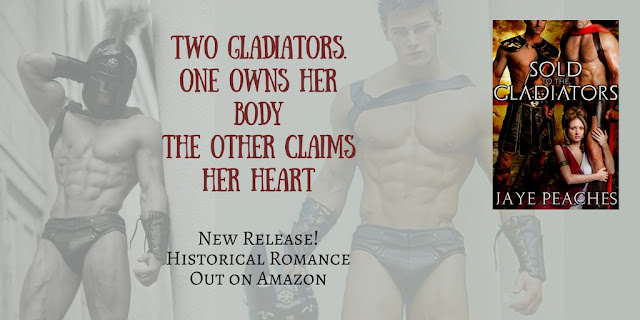 Two Gladiators: One owns her body. The other claims her heart. 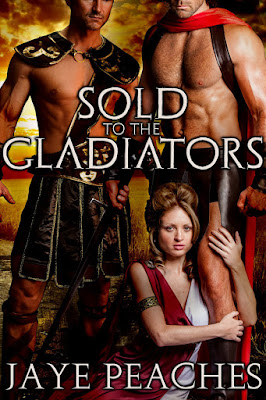 Bethan has served multiple masters since she was captured by a rival clan and sold to the Romans, but nothing could have prepared her for Felix and Rufus. After purchasing Bethan, the two handsome, battle-hardened former gladiators quickly make it clear that she will be shared between them, taken hard and often by them both, and punished sternly for any disobedience.

Having been told by a seer that he must claim a woman from among his own people in order to appease the goddess of fertility, Felix is delighted to stumble upon a girl as beautiful as Bethan, and he is determined to use her as thoroughly as needed to bring blessing on his new estate. Rufus, on the other hand, was never much of a believer in fate, but the moment he sets eyes on Bethan he wants her in his arms… and in his bed. Will she surrender willingly to her new owners’ dominance or spend her days with a bright-red, well-spanked bottom?

Publisher’s Note: Sold to the Gladiators includes spankings and sexual scenes. If such material offends you, please don’t buy this book. 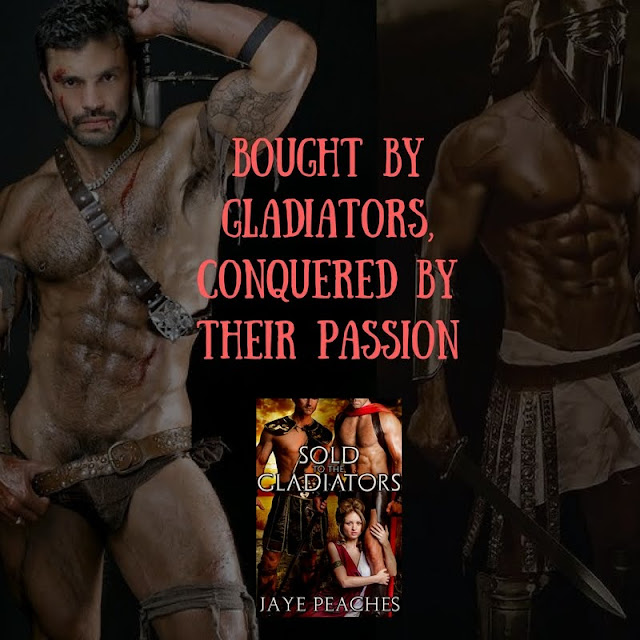 Somebody was chasing her. She heard heavy footsteps and breathing.

She stumbled on a root and crashed onto the ground. He loomed over her, planting his boots on either side of her body, trapping her beneath him.

“Bethan!” Rufus exclaimed. “Why are you running away?” A beam of moonlight fell between two trees and lit up his face. He looked surprised more than angry.

She blinked. “I have to,” she said. What else could she say?

“We put our trust in you. We left you unfettered by chains. I… I trusted you. I convinced Felix to buy you. He thought you were a troublemaker, a thief.”

“I’ve not stolen anything,” she said quickly. “Your coins, nothing. I left with nothing.”

“But you are more than nothing, Bethan. You belong to Felix. You stole yourself away and you will have to be punished.” He moved to one side and bending over, grasped her wrist and drew her up.

“Please don’t. I won’t do it again,” she lied. How could she promise to stay when she needed to find Ceadda?

“I don’t believe you.” He held onto her wrist. “I want to believe you, Bethan. Why would you run away?”

“I’m a slave. I want to be free.” She wasn’t lying, but it wasn’t the real reason, and how much could she trust Rufus? Was he as kindly as he seemed?

He drew her closer to him. “You won’t be free until you have served the gods. Come with us and find out what you can achieve with their blessing. You will be honoured and treated with great respect. You might be a slave, but you are special. I know this. Even Felix is now convinced. We watched you come last night and it is a good omen.”

His warm breath bloomed over her face. She wasn’t afraid of him. She wanted his kisses and to feel his arms around her body. What he said excited her and filled her belly with butterflies.

He looped his hand around the back of her neck and angled her head higher. “Why did you run?” He had stunning eyes that caught the moonlight and the pupils reflected it like the mirror she’d seen in Atticus’s chamber.

“I’m ashamed,” she said. Hardly a lie given the way she responded to him.

Rufus laughed softly. “Oh, pretty one, there is no shame in what you can do with your beautiful body. It is why you are so important to us. To me.” 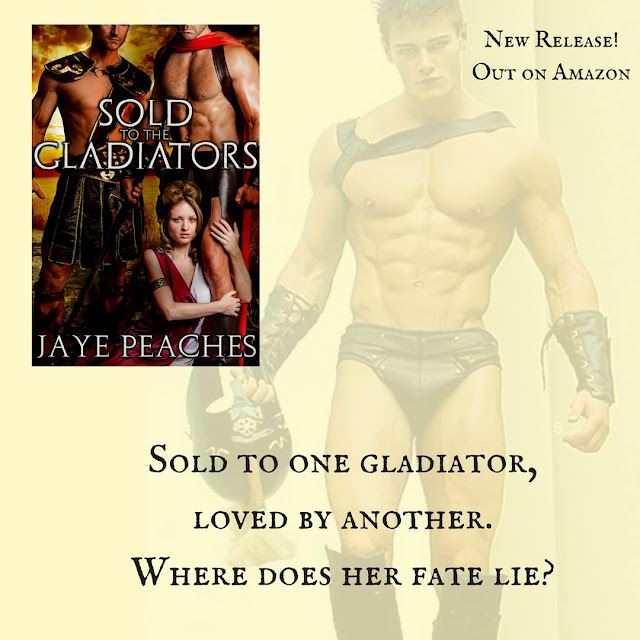 When not writing, I’m busy spending time with my family, sometimes drawing, cat watching and if good weather allows, which being England is never often enough, I’m pulling up the weeds in my garden.