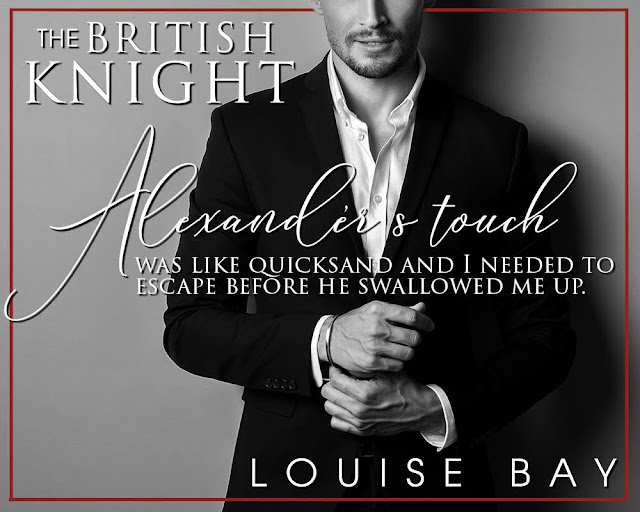 When I’m offered the chance to leave New York to live in London for three months, I can’t pack my suitcase fast enough.

As soon as I touch down I’m obsessing over red telephone boxes, palaces and all the black cabs.

But my favorite place is the tube. It’s wall-to-wall hot British men in suits.

When I’m offered a temporary job working for a barrister, I say, sign me up.

On my first commute into work, it’s a total accident when I lose my balance and fall against the most handsome Brit alive. He’s as charming as James Bond and as suave as Mr. Darcy. I want to lick tea from his hard abs and listen to his accent all night long.

Turns out Mr. Handsome is my new boss. And his attitude isn’t as hot as his gorgeous face, broad shoulders and tight ass. He’s brooding, short-tempered and the most arrogant man I’ve ever met.

As we’re fighting, out of nowhere he kisses me. And I’m pretty sure I see fireworks over Big Ben and hear God Save the Queen.

I wasn’t looking for the fairytale but I might have found my knight in shining armor. The problem is he lives an ocean away. 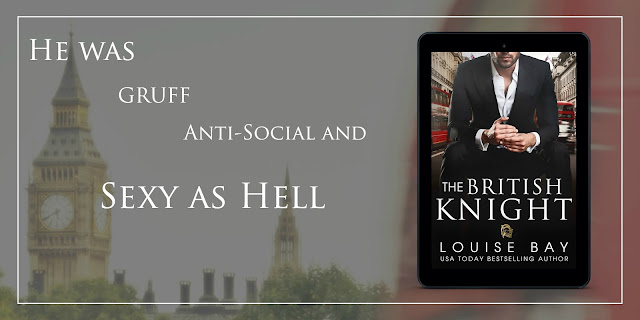 My workout this morning had been punishing. The harder I worked, the harder I worked out. I was a big believer in that if I wasn’t physically fit, I couldn’t perform as well in my job. And I was willing to do whatever I had to do to be the best barrister I could be. As a result, I’d been up since five, worked out until six thirty, and then had a conference call with Dubai at seven. I hated days when I was late into the office, but this morning couldn’t be helped. My commute had been . . . unusual. The woman I’d knocked into while getting off the tube had been beautiful, and I couldn’t keep the image of her gazing up at me in the middle of Lincoln’s Inn Fields out of my brain. I needed to focus. And perhaps get laid when I got the time. But it wouldn’t be tonight. I’d be working. I had hundreds of witness statements to go through and my opening statement to draft.

In three days, I’d be in court, and that was my sole focus. There was no time to be wasted on fantasizing about women.

As I trawled through my emails, trying to pick out the important ones from the hundreds littering my inbox, someone knocked at my door. I resisted the temptation to growl. I hated being interrupted—I needed a sign for the door.

The door swung open, and I could tell by the footsteps that the head clerk had swooped in. “Mr. Knightley.”

“Craig.” I didn’t take my focus off my laptop screen. Craig was an avuncular and charming man in his mid-fifties. He’d been in the business since he was fifteen and had clerked my father. If anyone could interrupt me, he could. And he knew it. Over the years, I’d tried to get him to call me Alex, but he insisted all the clerks and admin staff call the barristers by their surnames. The bar could be a very old-fashioned place.

“I want to introduce you to your new assistant, Violet King.”

I paused, my fingers hovering over my keyboard. I knew nothing of this and would never have agreed to it—I worked alone. Slowly, I turned to find Craig in front of my desk, his eyebrows raised in expectation.

“My what?” I asked. A figure moved in beside him and I slid my gaze to the right. I found myself staring straight at the beautiful woman who’d invaded my thoughts since I’d arrived in chambers. What was going on? I looked away from her, sure that Craig would see my attraction to her if my eyes lingered over her for more than a split second.

Violet King is in need of a restart after the past several years she's had. So when she gets the opportunity to go to London to help her find herself and her purpose, she decides to jump on it. Getting a temp job was an incredible new start for her, but she expected was to find love.

Alexander Knightley is a work-a-holic and has no reason to change the way things are. But when that feisty, strong willed, beautiful American walks into his life, everything gets turned upside down.

The sexual tension between the two grows more and more with each passing day until it ignites into an inferno.

They enter into a relationship knowing it could never amount to anything since Violet is only in London for a few months and Alex will always put his work first. But as the relationship evolves, feeling develop, and promises get broken.

Will they be able to work through their issues before it's too late? Or was this only ever supposed to be a passing fling?

The British Knight is a witty, sassy, sexy, captivating read that will delight readers everywhere.

I love how Violet and Alex connect and push each other out of their comfort zones. Their push and pull is sensational and their passion is hot. I had to stop a couple of time just to cool off.

Louise always brings heart and soul into her books and The British Knight is no different. Louise's writing makes the reader feel they too are on the emotional journey she takes Violet and Alex.

The British Knight is a book that I would highly recommend with it's delightful banter, intense passion, charming heroine, broody hero, and entertaining storyline. This is one knight in shining armor you don't want to say no to. 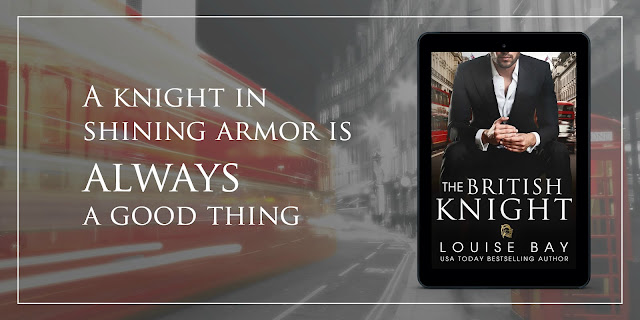 Ruined by bonk-busters and sexy mini-series of the eighties Louise loves all things sexy and romantic. There's not enough of it in real life so she disappears into the fictional worlds in books and films.


Louise loves the rain, the West Wing, London, days when she doesn't have to wear make-up, being on her own, being with friends, elephants and champagne.


She loves to hear from readers so get in touch! 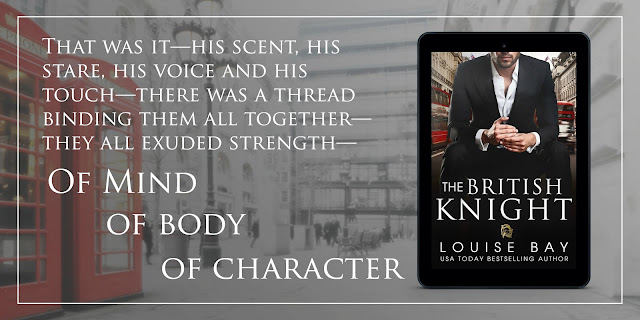