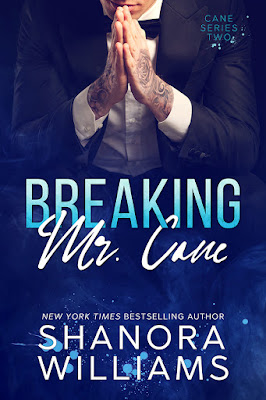 I was left broken, my heart beating a little bit harder in order to survive. I'd tried picking up the pieces, but when it came to Cane, it was hard to let go.

The way we touched was special and we promised to never forget one another. I had him right in the palm of my hand--thought everything was perfect--but in the blink of an eye, he was gone, leaving me with no choice but to pretend that what we had never existed.

She was off-limits to me, but I pushed the boundaries anyway. Now, I was stuck between a rock and a hard place, my career slowly but surely slipping out of my grasp, and ghosts from my past returning to make things much more complicated.

My love life had never meant so much to me until I met Kandy.

After being knocked down and left stranded, any sane man would have stayed far away, but I wasn't sane--not by a long shot.

I knew reality was harsh, and the universe had all the odds stacked against us. Despite it all, nothing was going stop me from making her mine again.

And if someone tried, they were going to have to go over my dead body first.

Download your copy today or read free in Kindle Unlimited!

Like he’d promised, he was waiting for me up front. He was standing in front of the exit with his hands tucked in his pockets and a pair of sunglasses covering his eyes, like he’d just arrived. I spotted him before he could see me, and my heart sped up several notches the closer I got.

Seeing him, reminded me of when I was a little girl and was looking at him for the first time. Though I was hopeless, the sunglasses shielding his eyes and his bad boy demeanor did something to me—whirled me up inside and drove me crazy.

He looked around for a moment like he could feel someone watching him, and when he was facing my direction, he put on a warm, welcoming smile, pulling the sunglasses off. He opened his arms and I dragged my suitcase on it’s wheels, rushing into them.

I hugged him hard and squeezed so tight. This hug was exactly what I needed. No questions, just outpouring love. My parents would have hounded me first, questioned me later, and maybe hug me after making the same “mistake” twice. And that was a big maybe. But Cane was no mistake. He couldn’t be.

Why would he have been brought into my life, if we weren’t meant to be something?

It didn’t make any sense.

There had to be a reason for this.

There had to be happiness at the end of our story. 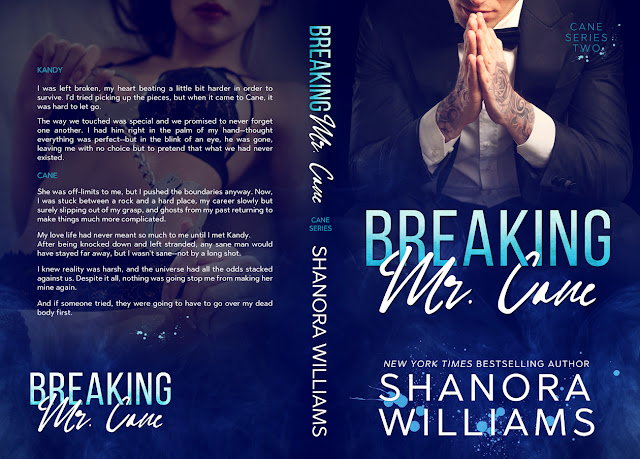 Shanora Williams is a New York Times and USA Today bestselling author who loves writing about flawed heroes and resilient heroines. She is a believer that love outweighs all, but doesn’t have a problem making her characters fight for their happily ever after.

She currently lives in Charlotte, North Carolina and is the mother of two amazing boys, has a fiercely devoted and supportive man, and is a sister to eleven.

When she isn’t writing, she’s spending time with her family, binge reading, or running marathons on Netflix while scarfing down chocolate chip cookies.