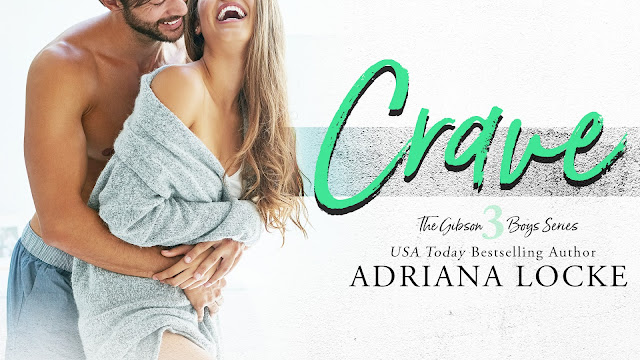 Who is ready to meet Machlan Gibson?

This standalone novel in the Gibson Boys Series from USA Today Bestseller Adriana Locke will be coming to your Kindle soon. We don't have a firm release date yet, but we're hearing it should be the first of August. (Is it the first of August yet?)

What does Adriana have in store for us in Crave? Check this out: 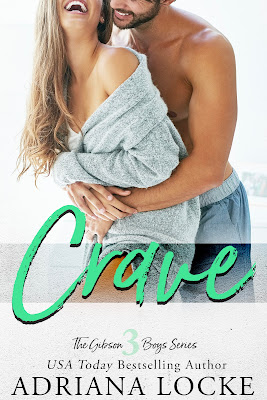 Hadley Jacobs is over Machlan Gibson.

Sure, she’ll always be a little weak to the dimple in his right cheek and the way his five o’clock shadow makes him ruggedly handsome. But that’s not enough to cover every other thing about him because they all drive her nuts. Like how he’s won’t admit he’s wrong even when he knows it and how he drives his stupid car a million miles an hour on wet asphalt. As she rolls back into town and takes a seat at Crave, she won’t take the bait. She’s over him. Mostly.

Machlan isn’t over her.

It’s not because he hasn’t tried. He reminds himself over and over that she’s not the girl for him. After all, she drives him insane with her sassy attitude and the way she calls him out on everything. She beats him at poker, even though she doesn’t know the difference between a straight and a flush, and when she looks at him with her bright, blue eyes, it’s unnerving. When she climbs onto that bar stool and orders a drink, he puts it in front of her and ignores the sparkle in her eyes.  He’s not over her, but she won’t know that.

But she does know that. And he knows she’s not as over him as she’s pretending to be. When life forces their hand this time, there’s more on the line than a pile of poker chips. It’s their forever. 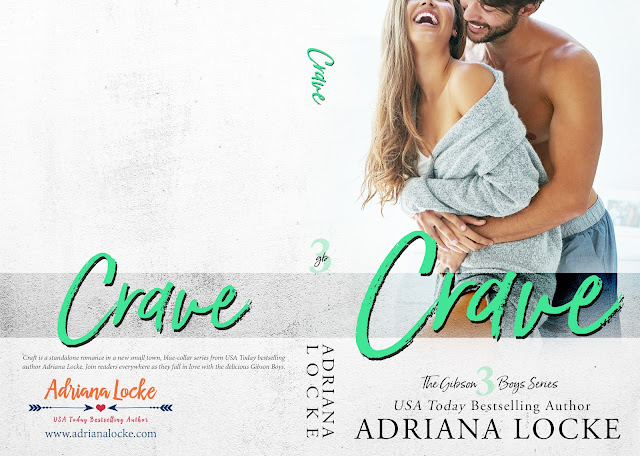 While we wait for this release, we can "get to know" Machlan through his Spotify playlist here. and you know you need to add it to your To Be Read List.

There's a great giveaway associated with this cover reveal too! A signed paperback plus two $10 gift cards. Book money, anyone? LOL! 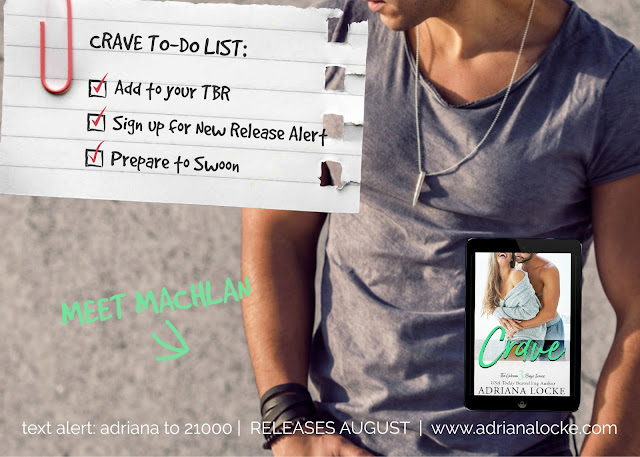 As a side note, if you haven't met the other Gibson Boys, you really (really!) must. They're small town. Blue collar. And totally, absolutely delicious. Check out Adriana's Amazon Page and look up Crank, Craft, and / or Cross. All can be read as standalone novels and all are available in Kindle Unlimited.