It’s cover reveal day for Anne Conley’s Truth or Dare. Check it out and be sure to grab your copy August 21st!

About Truth or Dare

Annette is trying not to get distracted by the sexy firefighter, but when her artistic retreat begins in disaster, Jude’s playing the hero she can’t ignore. Suddenly, her artwork is completely changed with Jude’s exquisite lines transforming her landscapes.

Up until now, their life was like a notebook full of doodles, but it’s turning into a full-fledged art showing, and neither of them know how to deal with the embers of desire when they ignite into flames.

She raised her eyebrows and smiled vaguely, exposing a tiny gap in her teeth which only made her more attractive with the tiny imperfection.

“I’m here with my friends, and one of their girlfriends is trying to mess with me. I was about to leave when she dared me to kiss a woman here. And then I saw you.” Her brows furrowed in confusion, but he saw the pulse in her neck pick up speed. When she absently licked her lips, he sat next to her. “Let me kiss you to get them off my back, then I’ll buy you a drink and walk away.”

She took a deep breath but didn’t say anything. Her eyes searched his face, landing on his lips, then going back to his eyes, probably gauging his honesty.

“I promise I’m not playing with you. Look over there.”

Jude turned his head to follow her eyes as she looked over his shoulder at his friends. Joey raised his drink with a goofy smile on his face, and Simone narrowed her eyes on a huff. Zane just watched over the rim of his drink, a twinkle in his eyes. Logan was still nowhere to be found. Jude sighed.

“See?” He turned back to her to find her watching him intently. “So … what do you say? May I kiss you? You don’t have to see me again, promise.” It occurred to him maybe that was a deal breaker for her, but he wasn’t really willing to make promises he didn’t plan on keeping just for a stupid game.

But as he watched her decide, he got a little lost in her green eyes, the color of frosty sage leaves after a morning dew. “You have gorgeous eyes. I bet men tell you that all the time.”

She snapped out of her trance. “Thank you. Yes.” Her voice was low and husky, sending a shock of lust straight to his balls.

He rested his hand on her leg, the desire to touch those soft curves overriding all common sense. “Yes, what? Guys say that a lot?”

Her smile widened, and Jude lost all the air in his lungs. God, she was breathtaking. “Yes, you can kiss me.”

Jude smiled and scooted his chair closer to her. He was about to kiss a random stranger in a bar on a dare, but as he gripped her braid and brought her face closer to his, he didn’t give a flying fuck. He wanted to taste those glistening lips. STAT.

He closed his eyes as he brushed his lips across hers, and then sensations took over everything. Warmth, softness, her subtle floral scent, her fingers trailing up his chest and winding around his neck, the tiny gasp she expelled. Something foreign and totally feral welled up inside him and roared approval.

Anne has written her entire life and has the boxes of angst-filled journals and poetry to prove it. She’s been writing for public consumption for the past several years. She lives in rural East Texas with her husband and children in her own private oasis, where she prides herself in her complete lack of social skills, choosing instead to live with the people inside her head.

Currently, she has five romance series. Playing with Fire explores the trials and tribulations of a small team of fire fighters in the fictional mountain town of Pamona Gulch. In Pierce Securities, she gives us Ryan, Evan, Miriam, Zack, Quinten, Jordan, Hollerman, and Simon. Her favorite series, Book B!tches, is all about a group of women in Mystic, Texas who get into all sorts of shenanigans. In Stories of Serendipity, she explores real people living real lives in small town Texas in a contemporary romance setting. In The Four Winds, she chronicles God’s four closest archangels, Uriel, Gabriel, Raphael, and Michael, falling in love and becoming human. 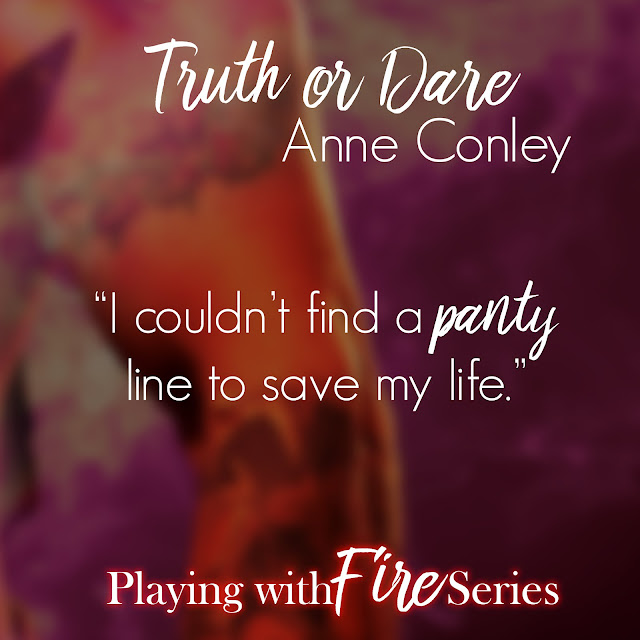 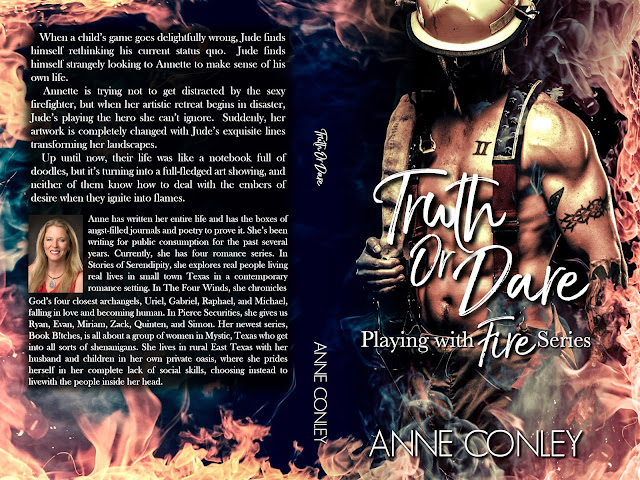