Rachel M Raithby is currently working on Alice’s story (title reveal soon) this will be set 2 years into the future after the end of Holocaust.

Before that release though Rachel will be releasing a previously published novella, The Novelette Betrayal which is told from Alice's POV will be released on the 17th August.

Find out what life was like for Alice in the Hunter Compound, in the middle of a war, as the events unfold that took place in Book 3, Holocaust.

Betrayal will give readers an insight into Alice’s mind, and catch them up ready for the full-length novel. 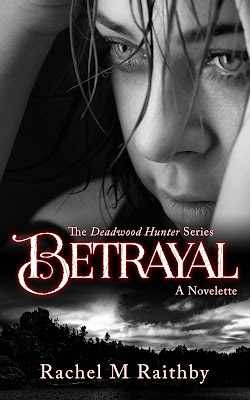 Drawn into a world she thought impossible, Lexia’s innocent night of partying leaves her dazed, confused and asking questions she’s not sure she wishes to know the answers to. Attacked by vampires, Lexia’s ability to defend herself triggers events she can't escape. Before long, she struggles to keep up a façade around her friends and family.

Secrets unravel and Lexia soon learns who she really is. Her mother created her and she was created for one purpose only…

Then, there is Lincoln. Finding herself irresistibly drawn to him, Lexia senses he desires something more dangerous than a simple romance. Lincoln has secrets and what she learns changes her life forever.

A story of love, loss, and, betrayal. Only one this is certain; War is coming…

All Lexia ever wanted was to graduate from high school and leave Deadwood.

Now she would give anything to have her quiet life back

Her Father was murdered and her best friend, Alice kidnapped. With the help of Lincoln, the Panther Shifter she has fallen in Love with; they rescue Alice. But rescuing her wasn't as easy as first thought and Lexia and Lincoln barely make it out alive.

Lexia met her Mother, the Mother she thought had left her as a baby. But Secrets unravel and Lexia learns who she really is.

Her Mother created her and she was created for one purpose only...

Follow Lexia as she runs from her Mother and the fate she set for her.

Can Lexia fight the Darkness within her?

Can she have the 'happily ever after'" she wants?

Only one thing is certain, sacrifices will be made and lives will be lost.

She's been named Lexia, 'man's defender', by the one who raised her and died for her, the man she called her father.

She's been named Maura, 'for darkness', by the woman who created her, a mother who sees her as a weapon, and tool for power.

She has battled for her freedom, for the revenge of her father’s death, and then given it all up to save the man she loves.

She's given up her soul, her humanity, and now, there is only one question left. Can she create her own destiny or is she bound to follow the fate set for her before she was born? Maura?

Only one thing is certain; war is coming. 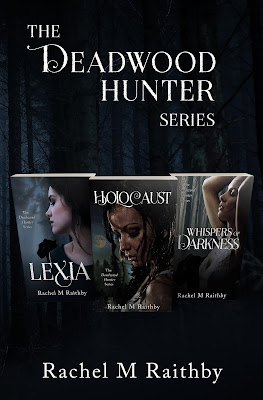 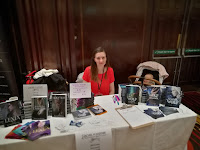 Rachel M. Raithby started her writing career in 2013 and hasn't looked back. She draws her inspiration from the many places she has lived and traveled, as well as from her love of the paranormal and thriller movies. She can often be found hiding out with a good book or writing more fast-paced and thrilling stories where love always conquers all.  She now lives in rural England with her young family.

Her books include, the adult Paranormal Romance novels 'The Deadwood Hunter Series' and the Young Adult novel series The New Dawn Novels, Book 1 is one of Amazon's best Selling YA Paranormal 'Winter Wolf.'