A shadow meets the light …

When someone needs to disappear, the Chicago mob calls on Joe Rossi. A man who can move without a sound, and kill without a word, they don’t call him the Shadow for nothing.

This time, it’s a New York crime family in need of his skills, but it takes one glimpse of her to make him agree to the job.

Liliana Marcello is every inch a principessa della mafia. Her life has taught her to be wary of strangers, yet her ballet career contradicts everything by putting her on display.

It’s a man with a dark smile and a constantly changing demeanor that makes her feel safe again, but it’s the unknown that holds her back.

It takes one look …
One dance …
One word …
One smile to captivate a man.

And one second to kill a woman because of it, too.

Not all monsters hide in the shadows.
How are you supposed to see them coming?

Liliana made a face. “You know, I probably shouldn’t.”

She shrugged. “Everything needs to be exactly as they want it.”

“As long as one of the things they want isn’t for you to starve yourself, or work yourself dead then … whatever makes you happy, Tesoro.”

“Starve themselves down to nothing but sticks in the hopes of being noticed, or whatever the case may be. Their brains and mind get so sick from it all that they don’t even realize how much they need help. It’s sad, really. Scary. Once, I might have been one of those girls, too. Not so much anymore.”

Joe glanced down at the glass of whiskey he had poured, and twirled it a bit making the ice inside click against crystal. “Can’t say that’s a bad thing, though.”

Joe kept his gaze on the whiskey, and Liliana suddenly decided to be a little bold. They weren’t outside where anyone could see, or where her sister was right there to watch and make her feel nervous. There was no stumbling over her words, or feeling skittish.

Really, Joe didn’t make her anything but comfortable.

And a little hot sometimes.

Crossing the distance between them, Liliana came to stand right in front of Joe. It was only then that he finally glanced up from the glass in his hands to give her one of his slow, easy grins. The kind that made her stomach do that weird clenching thing—like butterflies for big girls.

Joe tipped his head to the side a bit. “Hey.”

“Thanks for helping me today.”

“Lucky you were there to help me, really.”

Before Liliana could over think her next move, and while she was still feeling that bit of boldness in her heart, she stood on her tiptoes, and kissed Joe. It was a fast kiss—nothing too spectacular, and certainly not lingering. Just a sweet press of her lips against his, and then she was pulling away again.

As fast as it had happened, it was over.

For him, that was.

Joe’s gaze darted to hers, and she swore she saw a flash of heat behind his eyes. Without ever looking away from her, he set that glass of whiskey to the wet bar, grabbed her waist with a firm grip, and brought her even closer. She didn’t even get the chance to take a breath before he kissed her.

Deeper, harder, and hungrier. A teasing stroke of his tongue against the seam of her lips, demanding she open up to him, and let him in. She couldn’t even help herself but to part her lips, and taste him.

Joe pulled her closer still until her chest was molded against his, and she found it hard to take in a decent breath. And only then did he pull away. His hand came up to cup her cheek, and his thumb stroked her cheekbone with a soft touch.

“I mean, if you’re going to kiss me,” he murmured as he pulled away, “then at least really kiss me, Liliana.”

She laughed breathlessly. “I wanted to see …”

“Did you see whatever it was?” he asked.

Liliana grinned widely. “I did.”

“Would you like to go out with me sometime, Joe?” 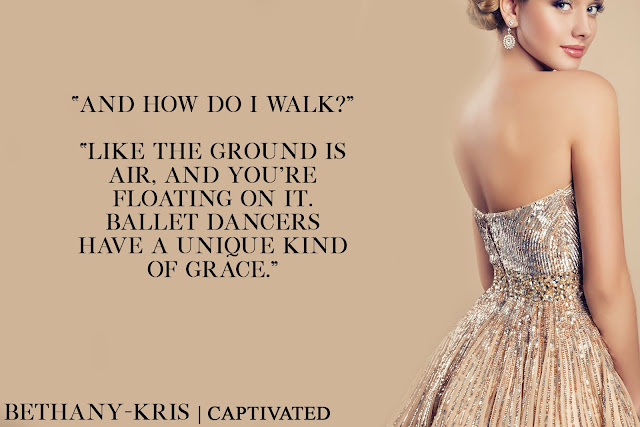 To keep up-to-date with new releases from Bethany-Kris, sign up to her New Release Nesletter. 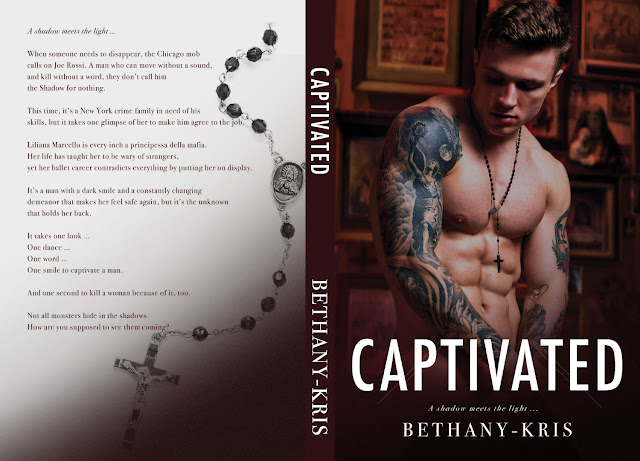