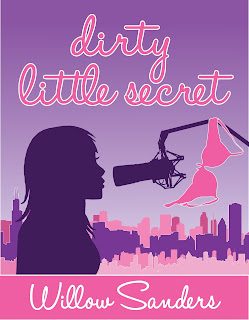 Who is the girl with the red-soled shoe?

A Cinderella she certainly isn't!

A self-proclaimed nerd, twenty four year old Hillary Sloan isn’t the helpless damsel in anyone’s fairy tale. An Ivy League graduate who is hoping to get noticed as she works her way up the corporate ladder, she’s desperate to keep her alcohol fueled night of bad decisions under wraps. But, what about the DJ?

Bert “DJ XTC” Morder was on the air at his overnight radio job when an old friend called him and asked to use the bathroom. He had a thing for high-heeled shoes, especially those fancy ones with the red soles Hillary was wearing.

A little flirting, a kiss or ten and suddenly the pair found themselves smack dab in the middle of a scandal of epic proportions. How long can their dirty little secret stay under wraps? Hillary and Bert would have loved to keep their tawdry little romp strictly between friends, but there’s the unfortunate incident of the studio’s live stream they have to contend with. Now, all of Chicago is wondering exactly who the girl in the red-soled shoes had been. What other secrets are they hiding, and what will happen when Hillary’s dirty little secret gets exposed? 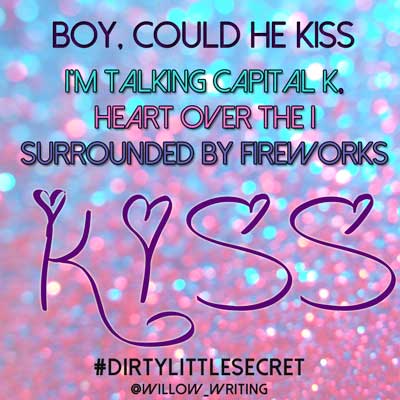 Secrets of the Heart: A Dirty Little Secret Sequel 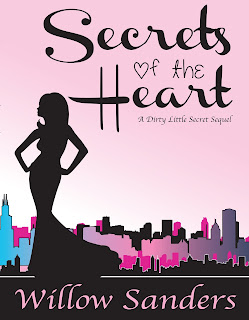 Genevieve “Ivy” Hursch thought she was living the dream! As the newly appointed promotions director for a hot new Chicago station, she was certain she had the radio world wrapped around her well-manicured finger. Coupled with an exciting relationship with her perfect new boyfriend, Ivy was certain life couldn’t get any better. That is until a piece of old news threatens to take down her career.

Heartbreak, scandal, secrets, and lies send Ivy into a free fall of lost dreams and fractured relationships. How will unexpected advice allow Ivy to cope with a life that is less than perfect? Follow Ivy on a journey to discover the secrets of her heart. 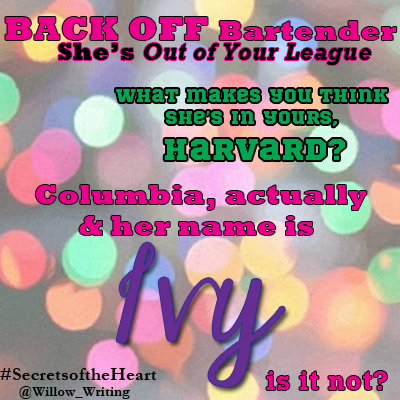 Willow Sanders is a Chicago girl born and raised, you will find that most of her stories are either based in, or somehow tie back to the city she knows and loves. Her loyalties lie on the North-Side, as she proclaims she is a Cubs fan, and a fan of anyone playing against the White Sox. She can also be found regularly rooting for the Illini, when she isn’t being forced by her husband to betray her loyalty to the Blue and Orange in favor of a weekend cheering on the Spartans. You can also find her frequently stalking Goodreads, Pinning, FaceBooking, or hanging out on “The Twitter.”