Welcome to my stop on the Don't Drink the Nine Blog Tour!
Read more about the book below, and be sure to follow along with the tour and enter the Mega Giveaway at the bottom!

With a suspect from the "Chorus Girl" case in custody, Detective Richard Giordano and Empathy Delacroix are ready to pursue the bonds of love and friendship. Free from the restrictions of the case, their love affair becomes a full-blown relationship.

Life is relatively normal until another chorus girl turns up dead, and a new cocktail hits the Broadway scene, “Nine.” As the case progresses, it’s looking more and more like Em is somehow tied to an illegal underbelly of New York. Richard must swallow his pride, and his fears, and work with his argumentative brother, Bobby, to crack the case and protect Em.

While one killer is behind bars, the man pulling all the strings is still at large and still set on Em. Richard and Em both know what it will cost to catch a maniacal killer, but the price might be more than they are prepared to pay. 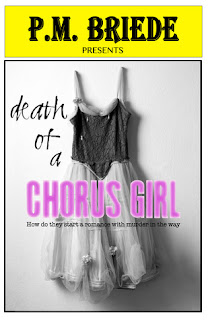 Death of a Chorus Girl (Delacroix #1)

When Detective Richard Giordano walks onto the Broadway stage, he expects to find a young, dead chorus girl. Having the show’s choreographer so intricately tied to the victim, and now his case, is something else altogether. What quickly becomes even more troublesome is balancing his attraction with his gut instincts.

The choreographer, Empathy Delacroix, is no stranger to death. Emotional scenes from the past suck her in and force her to play critical roles in the events. They often culminate in her experiencing the victim’s demise. It’s a secret she can’t confide in the police, even if she knows how the chorus girl’s life really ended.

Time ticks by and New York’s vilest players come out of the shadows, not only threatening to detour the case but also Detective Giordano’s and Empathy’s entire lives. The bonds of death and love push them closer together and into the path of a killer, leaving both unsure of what their future holds. 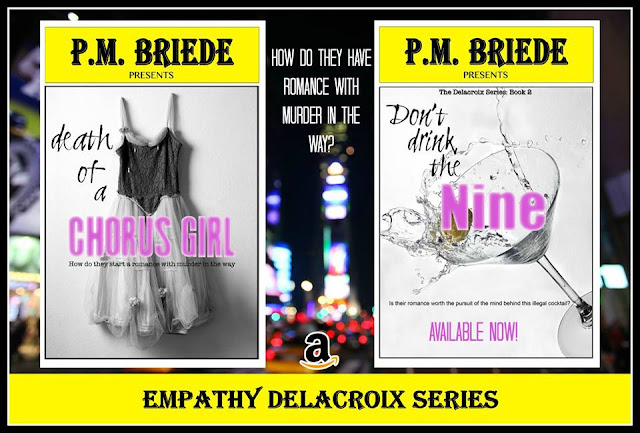 I am a lover of all things artistic. I grew up surrounded by the performing arts both as a spectator and performer. That love of creation and design is the fuel for my writing now. Being able to create and entertain is a dream come true.

The imagination is a powerful thing, able to take you places you never dreamed. I write realistic fantasy. The idea of the possible having impossible explanations fascinates me. That idea is the driving force behind the Charlotte Grace series.