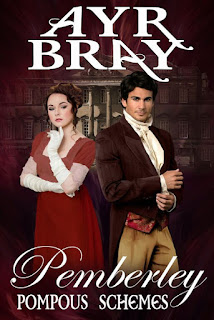 Thrown from his horse, Colonel Richard Fitzwilliam is left to traverse the remaining fifteen miles to Pemberley on foot. Richard never imagined the first carriage to cross his path would contain the one woman he thought he would never see again.
Lady Aimée de Bourbon the only child of Prince du Sang Geoffroy de Bourbon, Marquis of Agen had captured and nearly broke Richard’s heart four years earlier. He had loved her and planned to give up his bachelor ways, but her father intended her to marry a royal, not an English Earl’s second son. Now Lady Aimée is affianced to Señor Duarte de Cortázar, a lesser Portuguese royal.

While lost in his thoughts of his prior love, the carriage is robbed, Lady Aimée’s dowry stolen, and Lord Agen is injured. Colonel Fitzwilliam directs the driver to take them to Pemberley where Mr. Darcy and his wife Elizabeth take them in and offer refuge and a place to heal.

Ancient customs of Dom Duarte’s family forbids marriage without the dowry present at the wedding and now with the dowry stolen, Lady Aimée and her father fear the de Cortázar’s will call off the marriage. But Lady Aimée intends to have love and will let nothing stand in her way, even if it means hurting the man she once professed to love. 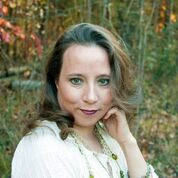 "From an early age I have always been fascinated by the written word and the mood and atmosphere it creates for a reader; especially those books that affect me and transport me to some far-off place. These are the elements I strive to create in my books. My books in many ways record what most affects me: my feelings and experiences with family, friends, and those I have run into on my life's journey. My hope is that in my books you will find something that touches you, something which will resonate in your soul and remind you that you are strong and can overcome anything, especially if you have the support of loving friends and family." - Ayr Bray

Ayr Bray is from the Pacific Northwest, but travels as much as possible so she doesn't have to deal with the cold. Ayr loves to hear from readers.

Aimée lay in bed, tossing and turning on the luxurious mattress. Though she was exhausted by the events of this never-ending day, sleep evaded her. She was plagued by worries of her dowry, the persistent highwaymen, and her father’s condition. Most of all, she worried that Dom Duarte no longer cared for her and regretted his decision to marry her.

He was acting so strangely. It was not all in her imagination. After all the time they spent together in Aberdeen and in the carriage during their long journey, she thought she had come to know him better than she knew anyone except her father.

The fear and anxiety she had felt when her father told her he had selected a husband for her had disappeared. Her future husband had turned out to be a kind, gentle, and loving man and she counted the days until the wedding. Where had that man gone? Why had he deserted her?

Giving up on sleep, Aimée put on her dressing gown and made her way downstairs. The house was still buzzing with activity. She stopped at the bottom of the stairs and observed the servants bustling around under the direction of Colonel Fitzwilliam, who looked entirely at ease leading people into battle against those who dared breach Pemberley’s walls without permission.

“Lady Aimée, what are you doing down here? Should you not be in bed?” Richard asked when he saw her.

“I could not sleep. I thought a turn about the house would do me good.”

“How is your father?” Richard asked as he leaned casually against the banister next to her.

“He is fine. He should be sleeping now.”

“That is good. He needs his rest so he can heal.” Aimée rested her hand on one of the balusters and traced the pattern carved into the wood.

“Colonel Fitzwilliam, you do not think the thieves will return tonight, do you?”

“They would be foolish if they did. There are twenty men watching the grounds, including extras standing guard outside your father's window.”

“That is very kind of you to take such special care of Papa. I greatly appreciate it,” Aimée said. “Your family has been extremely kind to us. I am glad you brought us here.” She looked up at Richard through her long, golden lashes and smiled prettily at him.

“You are welcome. I hope I am not being too forward, but may I ask you a personal question?”

“Yes, you may ask me anything.”

“Are you happy with your engagement to Señor de Cortázar?” Aimée stood silent for a long time, which made Richard uneasy.

“I am sorry, I should not have asked. Because of our prior acquaintance, I thought ....”

“It is all right, Colonel. I know you mean well. A week ago I would have been confident answering your question, but today I am no longer certain.”

“How can a beautiful woman like you want to marry a man who is only interested in your dowry?”

“I do wonder of late if Dom Duarte is more interested in the dowry than in me, but it is not my place to question him. My father arranged the match and he knows what is best for me.”

“No, in Señor de Cortázar’s place.”

“What would you do, Colonel?”

“Never mind. Forget I said anything.”

“Tell me,” Aimee said a little imperiously. Richard’s eyes lingered on Aimée’s lips, but then he shook his head and moved a step backwards.

“I cannot. I gave my word.” Aimée was a little shocked when she came to understand his meaning. A blush overspread her features and she was about to tease and scold Richard for his forwardness when she beheld Dom Duarte come out of the library not far away. He had not noticed her and Richard yet, but he would in a heartbeat. She assessed Richard and Dom Duarte and made a decision.

Taking matters into her own hands, Aimée grabbed him by the lapels and pressed her lips to his. She did not have any experience kissing men, yet it was not unpleasant, and she would have let it go on indefinitely if Richard had not pulled away with a startled oath.

Aimee opened her eyes and looked for Dom Duarte. He was still there, examining a painting, and as far as she could tell he had not witnessed her little display. She was incredulous that she could blatantly disregard propriety no more than twenty feet from her fiancé and he would be oblivious to it.

As the Dom began to turn in her direction, Aimée took a deep breath, her bosom heaving in her flimsy dressing gown, and pulled the spluttering Richard in for another kiss. Her eyes were wide open this time as she searched Dom Duarte’s face for any sign of jealousy.  “Good evening, Aimée. Colonel Fitzwilliam,” Dom Duarte said calmly.

Richard pulled away more forcefully this time, his face crimson with mortification.

“Forgive you? For what? Colonel Fitzwilliam is a mortal man. It takes a strong character to be able to resist carnal lust. You are very beautiful, Aimée. The temptation simply proved too great for him. You are not to blame.” Dom Duarte gave the smallest shrug of his shoulders before moving past the couple to climb the stairs.

Incredulous, Aimée cried after him, “Dom Duarte, the Colonel took advantage of me. Will not you defend my honour?”

“Oh, very well. But can it wait until morning? I am too tired tonight.” Dom Duarte reached the top of the stairs and turned in the direction of his room, never looking back.

“That is a Portuguese temper?” Richard said when he was finally able to speak. “I thought at the very least he would strike me in the face. He did not even raise his voice. Is the man made of ice?”

“I have never been so insulted in my entire life,” Aimée exclaimed. It was all she could do to keep from screaming in frustration. Turning back to Richard, she slapped him hard and then ran up to her room, leaving him rubbing his cheek and staring at her retreating figure, entirely bewildered.