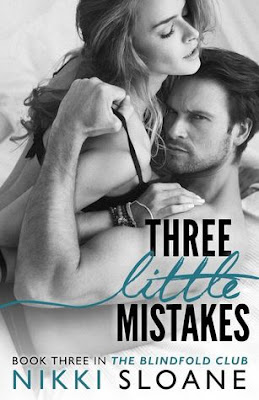 I sell sex, sin, and pleasure, but it isn’t just my business, it’s my entire life. I get off on the power of controlling it all.

She’s the one woman I can’t have.

She threatens everything, and yet I can’t stay away. There’s a beautiful, sexual creature inside this timid girl that’s desperate to claw its way out. I’m going to set it free, even if it brings my empire tumbling down. 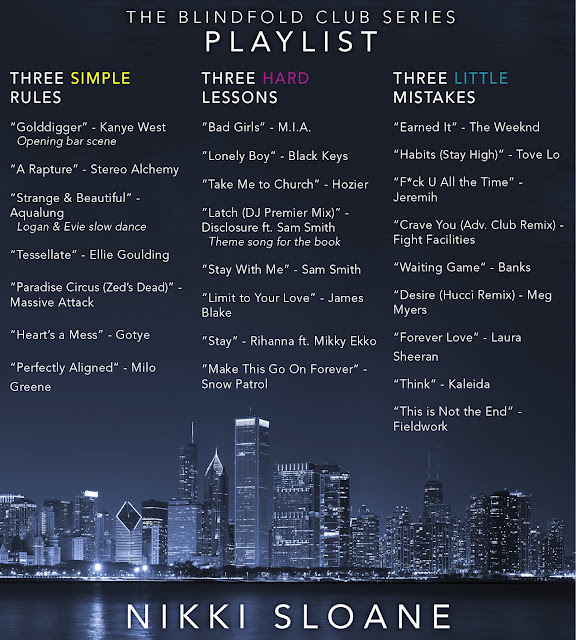 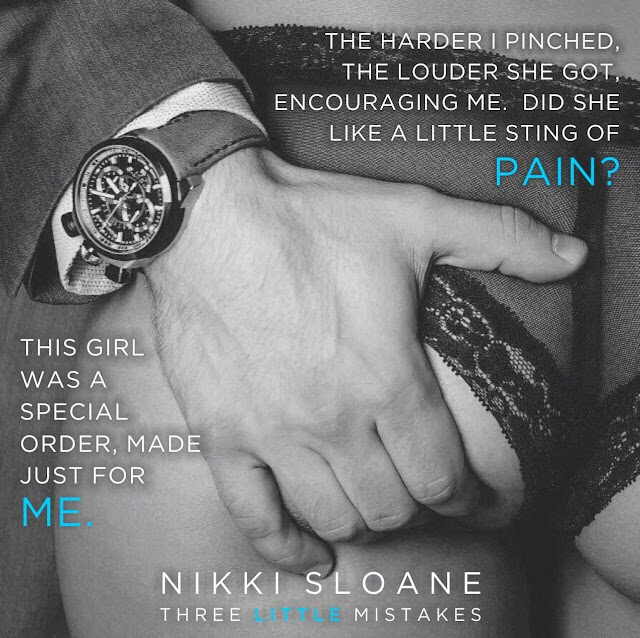 Joseph leaned back in his chair and his gaze drifted down slowly, taking in the uniform. The red button-down shirt and black necktie, which was tucked into the black waist apron, tied over my fitted black pants. Oh, no. Was I wearing something wrong? The gaze drifted back up to meet mine, and it was heated. No, better. It had a look I’d seen from him before, the look that made my knees go soft.

Lust. But it faded as quickly as it had appeared.

“As much fun as it is to see you,” he said casually, “I’m not up for another round of your wait game right now.”

I steeled my voice to sound strong. “I’m not here to play that. If wait comes from me, you should ignore it. I know what I want.”

“Oh, of course.” His patronizing tone was sharp, but it helped solidify my desire. “You think you’re really ready this time?”

The conviction in my word gave him pause. “I’m sure you think so.”

This was the moment I’d been desperate for. I’d be damned if I was going to back down. “Tell me what you want me to do. I’ll do it.”

A small smile grew on his lips. How did he make something so innocent look sinful and dirty? “All right, little girl. Take off your apron.”

Easy. I fumbled with the strings in the small of my back and tugged the knot free, then tossed the black fabric onto a nearby table.

This command was slightly harder to follow. Sensible Noemi raised a warning, but I ignored her. This was a test. I slipped the end of the belt loose from the buckle, feeling Joseph’s dark eyes watching my every move.

“Here?” I whispered. He nodded.

Maybe it wasn’t a test. I tried not to falter or think. Just follow his command. I unbuttoned and unzipped my pants, but my hands trembled.

Pleased surprise streaked his face. I was sure I’d already made it farther than he thought I would. Joseph relaxed in his seat, throwing an arm on the back of the empty chair beside him, as if watching a show.

“Okay so far?” There was an edge of teasing, which I probably deserved.

“Yeah,” I said between deep breaths.

“Pants down to your knees. Your shirt comes up, so when you lean over and put yourself facedown on this table, you’ll show me your perfect ass.”

My need to stay decent was swept away in a tidal wave of desire. You’re going to do it, Noemi. I glanced around the empty dining room. The rest of the staff would be in the kitchen for another twenty minutes. I shimmied the waist of my pants over my hips and down my thighs until they were bunched at my knees. Cold air wafted over my newly exposed legs. My lavender lace panties barely covered my backside and I couldn’t contain the shudder. I was nervous to be doing this where anyone could catch us, but the dark, bad part of me was excited. I was doing it.

I pushed the placemats and silverware out of my way, yanked up my shirttails, and did as ordered, lowering my upper body to rest on the veneer. I was bent over the end of the table, and Joseph shifted his seat to an angle to see me better.

The only sound was his clipped breathing.

“Goddamn. Pull those sexy panties down,” he said, his voice hushed but no less sexy. “I want to see your pussy.”

“Oh my God,” I whispered. His filthy commands set me on fire, and created a line that sensible Noemi couldn’t get across. My fingers clawed at the waistband and pushed my underwear down until it was around my thighs, leaving me naked and vulnerable. Showing Joseph a part of me that few men had ever seen. And I loved it.

“Look at you.” It rang out like he couldn’t believe it. “What would you do if someone walked in right now and saw this? With your ass bare, and your pussy waiting to be fucked?” 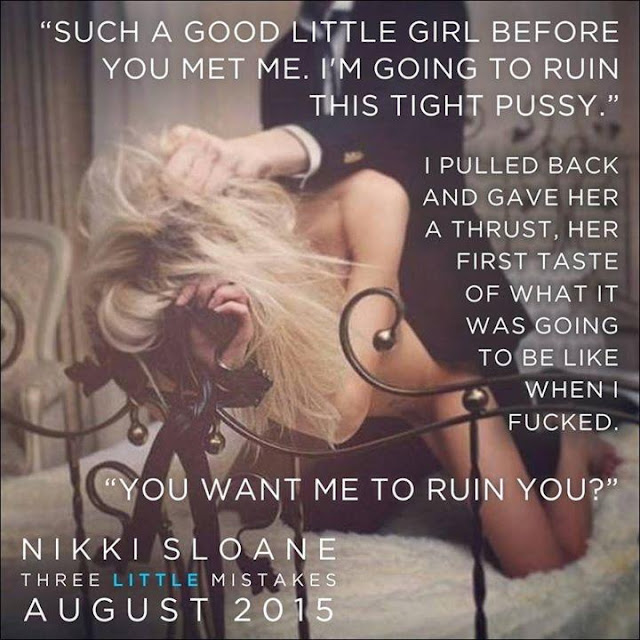 After Three Hard Lessons, I didn't think Nikki could give us anything more daring, sexy, or thrilling, but boy was I wrong! Three Little Mistakes is deliciously sexy, enticingly seductive, and incredibly exciting.

This book centers around Joseph Monsato who owns the Blindfold Club among several other businesses. He's the type of man that loves them and leaves them, never one to settle down. Nothing last forever, right? So why not get while the gettin' is good?

There is just one catch, she's not someone that he's supposed to have. Her family is well known and her father is someone that could cause a lot of trouble for Joseph.

All this he knows, but after a small taste of her, he can't let her go. Now he must decide how to processed. There is a risk that once she knows everything about Joseph, she'll walk away, but that's a risk he's willing to take.

This book is really everything you could hope for from a Nikki Sloane book and more. They way she weaved this story is stunning; a defiant page turner. Joseph is super sexy, a walking wet dream. He's got the tall, dark, and handsome down like no other. At times he can be arrogant, but it only adds to his charm. Noemi can be the girl next door, but at the same time, she can every man's fantasy. She knows what she wants, but she also knows what's expected of her. She's independent, smart, funny, sexy, and loyal to those she cares about. Together, they are a dynamite pair.

Nikki has a talent at making the reader fall for a couple is book is no exception. She captures your attention from the get go and after she's finished, you can't help but wish the story wouldn't end. Just be forewarned, Joseph has a very dirty mouth that will have you begging for more. And that's the way he likes it. 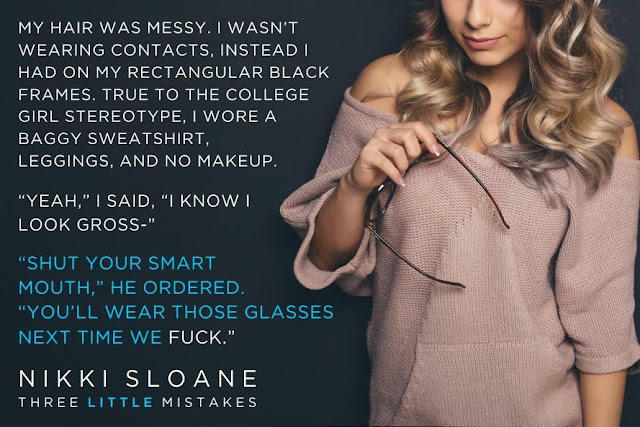 Nikki Sloane landed in graphic design after her careers as a waitress, a screenwriter, and a ballroom dance instructor fell through. For eight years she worked for a design firm in that extremely tall, black, and tiered building in Chicago that went through an unfortunate name change during her time there. Now she lives in Kentucky and manages a team of graphic artists. She is married and has two sons, writes dirty books, and couldn't be any happier. 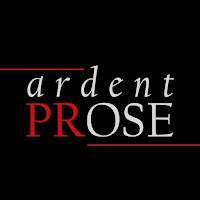