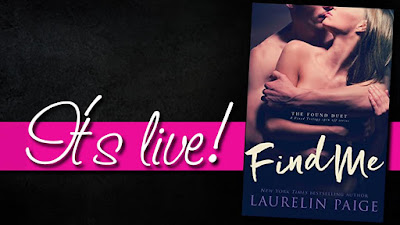 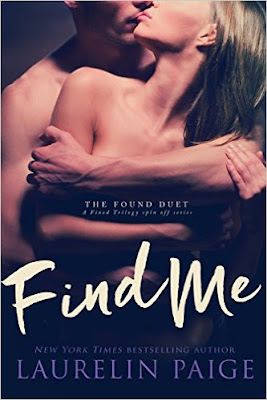 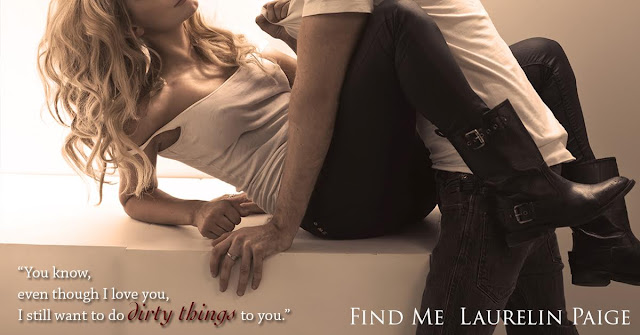 Gwen Anders came to The Sky Launch to begin fresh, away from the horrors of her past. She fit in quickly, becoming good friends with her co-manager, Alayna Withers and the owner of the club, Hudson Pierce. Though the circumstances that brought her here were not the best, she's never felt more at home.

Now, with the reason she ran still a threat, Gwen fears she'll never be able to move on completely. And if she does, can she still hold out hope that JC loves her enough to come and find her? 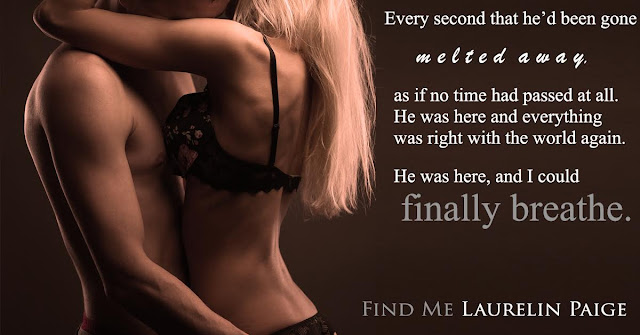 “You look incredible,” he said when I opened the door.

I blushed as I gave him a onceover. He was dressed in khakis with a fitted shirt and a lightweight jacket. Lots of buttons, I thought. Which was a good thing, considering how damn good he looked. Had he always been that buff? “You do, too.” My thighs felt hot. Good thing I’d changed out of my pants.

“You brought flowers?” I’d been so taken by him I hadn’t noticed the small bouquet in his hands. Three red roses dressed with some smaller white bell-shaped flowers I couldn’t identify were wrapped in a red ribbon. I hadn’t expected it. “I didn’t know you were the kind of guy who brought girls roses.”

He shrugged with one shoulder. “I’m trying to impress you. I have a feeling this date is a test of some kind, and I want to make sure I pass.”

“Not a test,” I said dismissively. Though, wasn’t that what this was? A test to see if we got along as well outside the bedroom as we did inside? “But thank you. You do impress.”

I shifted my weight to one hip and flitted my glance between JC, still standing on the other side of the threshold, and the flowers in my hand. “I should put these in water.” But I wasn’t sure I was ready to invite him in. Because in meant we’d be closer to my bed. And my couch. And my kitchen counter. All of which were locations that could be tempting.

Really, I just shouldn’t be anywhere alone with him.

Either JC felt the same way I did or he could read my mind. “You can do that later. The plastic containers on the stems should last until we get back. And we should get going.”

“Perfect.” I set them on the console table behind me, relieved and nervous all at once. I took a deep breath, grabbed my purse, and turned back to him. “Let’s go!” 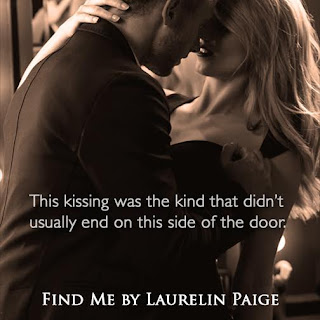 In the hallway, he offered me his hand. I took it, then, there it was—the shock of his touch as his fingers weaved with mine. I let out an involuntary sigh, and with it bricks of tension fell from my body. Release. It shuddered through me as electricity sparked up my limb from where we were connected and spread throughout my body, and I wondered if this was what it felt like to melt. What it felt like to be frozen for so long and then, finally, to have the sun brush against cold ice, transforming it into something more fluid, something entirely different.

I glanced down to where we were joined, so overcome by how right it felt to be touching him in this simple way. When I looked back at him, I found his eyes pinned on me. His expression said he’d felt it too.

“You messed up, you know,” he said, as we started toward the elevator. “You were supposed to wear something that I didn’t want to rip off of you.”

My cheeks heated—actually, I wasn’t sure they’d ever cooled from the first blush he’d caused. “You said it would be impossible for me to wear anything that wouldn’t elicit that response. The only other choice was to go naked.”

“That would have been an excellent choice.”

“But not very practical.”

“I’ve never been a fan of practical.” He pushed the call button and the elevator doors opened immediately, the car likely still there from when he’d arrived.

We stepped inside, our hands still molded together. The doors closed, and I so badly wanted to turn and kiss him.

Instead I delivered the short speech I’d practiced since I’d woken up that afternoon. “I think I should tell you, I don’t have sex on first dates.”

“Wow. That’s...surprising. Considering we had sex before we’d ever even been on a date.” He squeezed my hand. “But, after you left me with blue balls this morning, I already figured out you’d turned into a prude.”

I laughed. “I’m not a prude. I’m cautious. And that’s nothing new. That’s always been me.”

“Yes, it has.” The short phrase was full of subtext, and I knew he was remembering how uptight I’d been when we’d first met. Icy. Frigid bitch.

He nodded. “I know. Otherwise you wouldn’t have given me even this much of you. And if you want to wait, then I can too.”

What I wanted was to push him against the wall and devour him.

But that was an in-the-moment want, and long-term, I wanted a relationship that was real and lasting. “Thank you. It means a lot.”

He leaned in close and, though we were alone, whispered in my ear. “I’m not going to say that I’m not dying to have you under me, Gwen. Because I am. But I’m dying to just be with you more.”

Despite the descent of the elevator, his words sent me floating. “You’re really good at that impressing thing.”

He gave me my favorite grin. “Who knew?” 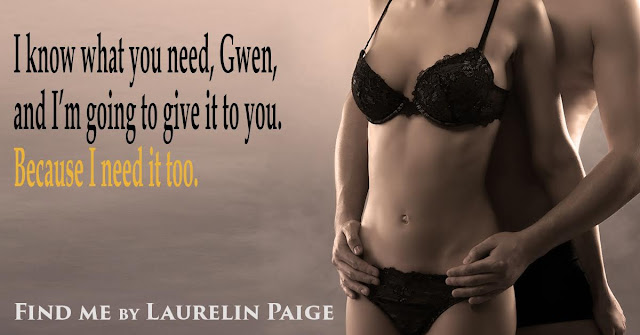 Haven’t read this series yet, check out FREE ME at:
Amazon US | UK
B&N | iBooks | Kobo 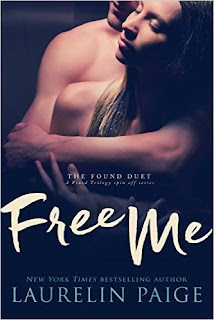 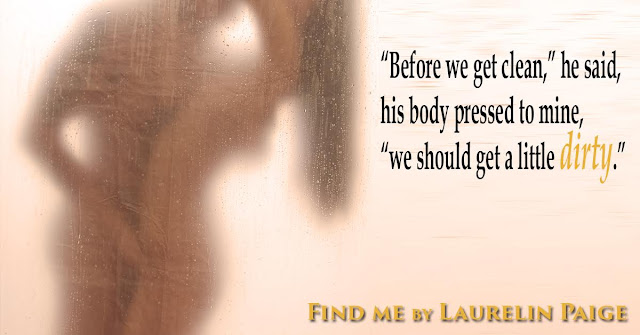 She's a sucker for a good romance and gets giddy anytime there's kissing, much to the embarrassment of her three daughters. Her husband doesn't seem to complain, however.

When she isn't reading or writing sexy stories, she's probably singing, watching Game of Thrones and the Walking Dead, or dreaming of Michael Fassbender.

She's also a proud member of Mensa International though she doesn't do anything with the organization except use it as material for her bio. 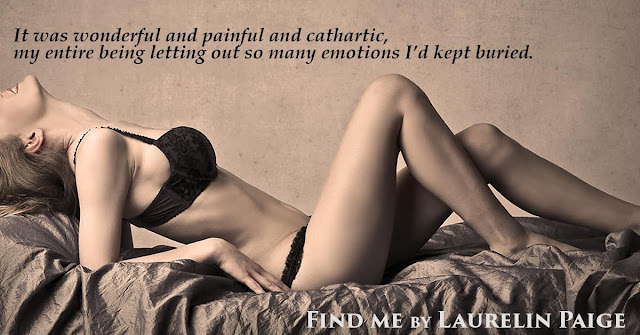 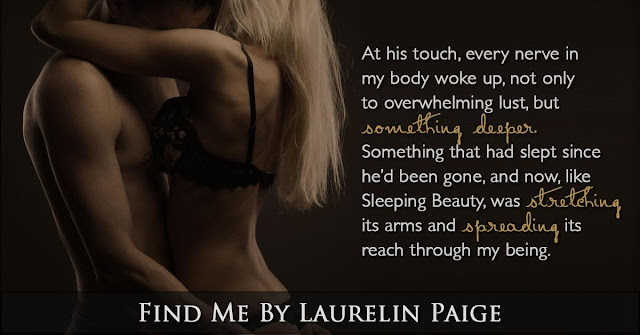