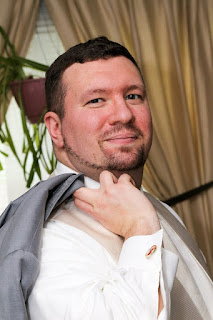 Andrew Hess is a resident of Long Island New York. He debuted his first book, Chamber of souls, in 2011. The Chamber was a unique free verse poetry book that depicted the struggles of man as he falls into his own self wallowing journey while struggling to find himself. Hess followed this up with another book of poetry which showed a much darker side called; Hall of the Forgotten.
Hess has a love for mystery novels which was apparent by him taking a stab at a fictional government conspiracy series; The Phoenix Blade. This series has taken readers by storm by showcasing a group of vigilante 20 year olds that have been hired by the government to rid the country of people that have evaded justice. The Phoenix Blade currently has released the third installment of the series and was awarded Best Series of 2014 by Indie Author Books.

Despite living most of his life on Long Island, Andrew also spent five years living in the Ulster and Dutchess County areas and returns several times a year. His return trips have inspired him to create another intense series depicting a female detective named Ali Ryan called, Campus Killer.

Hess is an avid blogger at TheWritersRevolution13.blogspot.com where he promotes and interviews other authors as well as reviewing books of all genres. He has partnered up with several companies to help showcase authors from all over the world.

Hess is also a frequent guest on the Anthony Charles Podcast, a show dedicated to creative professionals as they give insight into their works and the lives they lead; guests have included authors, comedians, musicians, stuntmen, actors and producers. 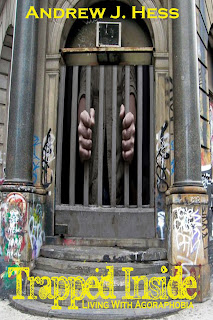 Fear is a powerful emotion that finds its way into the mind of everyone. It’s manipulative and controlling. It can paralyze you and make you do things you wouldn’t normally do. It will sink its teeth into you and won’t let you go without a fight.

For Justin Ackers, fear became a reality when he decided to walk home from work. After taking a shortcut to his apartment, Justin found himself entering a world of trouble. He was surrounded by a gang of thugs that was out for blood, his blood.

The nightmare replayed for months rendering Justin incapable of leaving the apartment. The mere thought of going outside brought on panic attacks that brought on horrible memories. Now he confines himself in the safety of his apartment, and is forced to watch the world go on without him.

Purchase your copy at Amazon

As this is a small book with only one main character I would say Scott Michael Foster would be a good choice to play Justin Ackers.


What writers inspired you to become an author?


I guess at heart I’ve always been a writer, but it came out more when I was in college. Between reading James Patterson books, the Complete Collection of Edgar Allen Poe and even the Harry Potter books took me to a different place where my imagination could run rampant. By becoming an author I could create those worlds too.

If you could travel to any time in history, when would you visit?


I love reading and watching anything from medieval times and the Renaissance.


On a beach in St. Lucia or at a Bistro in Italy.