Here it is! The cover for Mason, Rebel Wayfarers MC, book #6.

I’ve been so excited about this cover for months.

Because! 1) This book means so much to the series. Mason is in every story, has a voice in every critical scene that happens in our Rebels’ lives, so the cover had to support that in so many ways. 2) The pictures I chose for the cover are so perfect, I have had a hard time waiting to share them!

Not long after Mica invaded my dreams, she brought this broody, taciturn, tattooed biker with her as a support member of her story, and I first met Mason. We all know he wasn’t happy with that role for long, and the man rapidly evolved into the main character of her story, demanding his own book well before the end.

I’ve worried about this cover since late 2014, when I was still working on Bear. Why did I worry? Because by the time we got to Mason’s book, I knew everyone would have their own images in their head about what he looked like. I couldn’t get it wrong, couldn’t bear to let everyone down. It had to be RIGHT, and I think we’ve gotten there.

I count myself blessed at finding the perfect person for the cover, and a photographer of rare motorcycles who was willing to work with a little known author. You can read more about the paths taken to acquiring the images from both Kyle Turley and Frank Bott on Mommy’s a Book Whore’s blog. Thanks, Melissa Gill from MG BookCovers & Designs for your work in creating the cover.

Add Mason to your Goodreads TBR 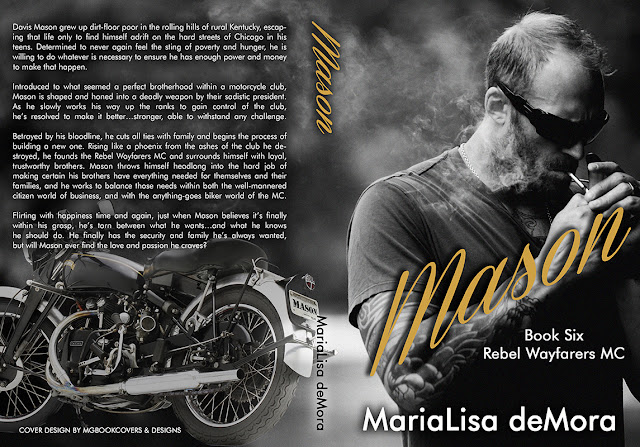 Davis Mason grew up dirt-floor poor in the rolling hills of rural Kentucky, escaping that life only to find himself adrift on the hard streets of Chicago in his teens. Determined to never again feel the sting of poverty and hunger, he is willing to do whatever is necessary to ensure he has enough power and money to make that happen.

Introduced to what seemed a perfect brotherhood within a motorcycle club, Mason is shaped and honed into a deadly weapon by their sadistic president. As he slowly works his way up the ranks to gain control of the club, he’s resolved to make it better…stronger, able to withstand any challenge.

Betrayed by his bloodline, he cuts all ties with family and begins the process of building a new one. Rising like a phoenix from the ashes of the club he destroyed, he founds the Rebel Wayfarers MC and surrounds himself with loyal, trustworthy brothers. Mason throws himself headlong into the hard job of making certain his brothers have everything needed for themselves and their families, and he works to balance those needs within both the well-mannered citizen world of business, and with the anything-goes biker world of the MC.

Flirting with happiness time and again, just when Mason believes it’s finally within his grasp, he’s torn between what he wants…and what he knows he should do. He finally has the security and family he’s always wanted, but will Mason ever find the love and passion he craves?

“When a man is denied the right to live the life he believes in, he has no choice but to become an outlaw.” – Nelsen Mandela 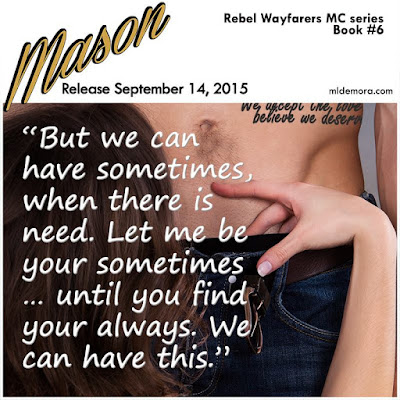 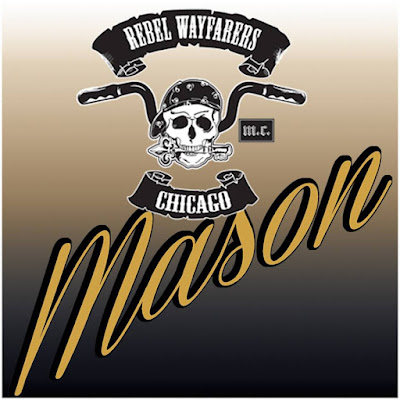