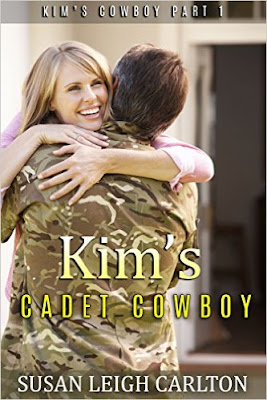 The first of a two part series.

Kim Bassett and Greg Simmons were ranked number one and two in their class, with Kim barely edging Greg.

He is a high school quarterback, and captain of the football team, and wants to attend West Point…

Even if it costs him the girl he loves.

Kim is a cheerleader and plans to attend Stanford. She does not want him to go to West Point because of the long commitment required and breaks off the relationship.

In her senior year at Stanford, a series of assaults against coeds takes place on campus. Kim is one of the victims.


This is their story and their difficult struggles to realize their dreams and make a life together. 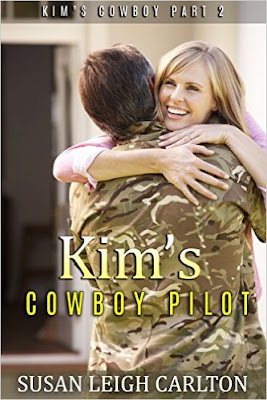 This is Part 2 of a two part serial, with both parts released simultaneously.

A touching love story of a boy and girl from Rimrock, Montana. Kim and Greg were the idyllic couple. He was the quarterback and captain of the football team, while Kim was a cheerleader and homecoming queen. Their academic records were close to identical, with Kim edging Greg out for valedictorian.

Greg realized his dream when he received an appointment to West Point. He was the Cadet First Captain as a firstie and selected the aviation branch of the Army.

Kim’s dream was to become a lawyer and entered Stanford University in Palo Alto, California. Kim’s dream was shattered when she was sexually assaulted during her senior year, and was impregnated. She broke off all contact with Greg, deeming herself as unclean and unworthy.

Greg was shot down in Kuwait and critically wounded. This tells the story of their fight to overcome the challenges to their lives and happiness.

Contains sex scenes with a low heat level with no vulgarity.

Susan Leigh Carlton lives just outside of Tomball, Texas, a suburb twenty-six miles northwest of Houston. She began writing and publishing on Amazon in August of 2012.

Susan observed the eighty-first anniversary of her birth on April 17th. She says, “I quit having birthdays, because they are depressing.” Susan and her husband celebrated their forty-ninth wedding anniversary on April 16th, the day before her birthday.

Susan has said many times, “One of the joys I get from writing is the emails I receive from readers that have read and liked my books. I even like the letters that are critical of the writing because it means the writer cared enough to take the time to write.

I intend to keep writing as long as the good Lord allows me to have a clear mind and fresh ideas.”