New Release & Review ~ On Track With Icing, Caked With Pleasure #1, by CJ Bower 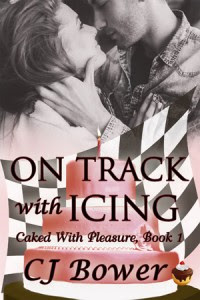 
She's everything he wanted in a woman…except for one thing.

Plus-sized bakery owner Jacqui Jacobson's confidence is at an all-time low after her public divorce and her ex-husband's despicable accusations. So the last person she expects to show interest in her is racing hot-shot Nick Barrister. But when the two click over her risqué cake designs, it seems like icing on the cake.

However, Jacqui hasn't told him that not being able to have children was the main cause for her marriage ending. As her relationship with Nick turns from casual to serious he expresses his desire for children, and now time is running out. Can she tell him first before her ex-husband, who has reared his ugly head and is determined to destroy her new-found happiness, beats her to it? And will Nick still want her once he finds out? 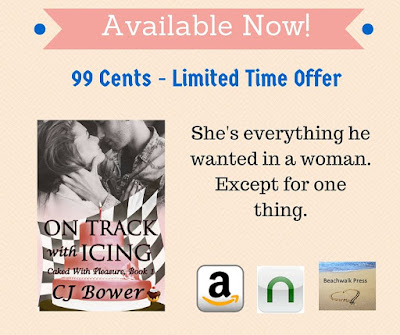 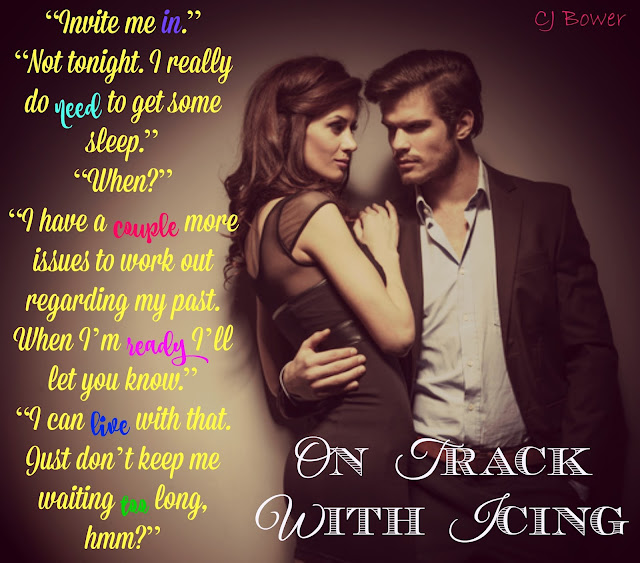 The woman behind the counter stole Nick's breath. She was lovely. The apron around her waist accentuated her voluptuous figure. Her smile was beautiful, lighting her up from within.

"Good afternoon. How can I help you?" She was tall, topping him by a good five inches. She had a gorgeous, kissable mouth and glowing cheeks. Her wide-set, gray-green eyes sparkled like the sea.
Nick cleared his throat. "I need to order a cake."

"Sure. What would you like?" She reached across the counter, the action pulling her light-blue t-shirt tighter across her luscious curves and giving him a tantalizing glimpse of her cleavage.

"What's the occasion?" Her lyrical voice slid down his spine like a caress.

He shifted his weight, his embarrassment intensifying. "Bachelor party," he stammered.

She guided him to the book on display. Nick flipped to the bachelor and bachelorette selection. They ranged from funny to outrageously raunchy to downright pornographic. He looked up, right into her glowing green eyes. "Don't you get turned on by these cakes?" he asked.

The woman across from him shrugged, and a corner of her mouth kicked up in a sexy little half-smile. "I've been creating them for so long that I don't think about it anymore."

The faint color settling high across her cheekbones was endearing. He'd been around brazen pageant queens and pit lizards so long that the blushing beauty before him was refreshing. She seemed to lack the artifice that was so prevalent among the women who hung around trying to attract the attention of professional athletes.

Suddenly, the urge to touch her overwhelmed him. He had a feeling that she wasn't aware of the green smudge of icing on her cheek and he took advantage of the opportunity. He leaned over the display case and cupped her cheek in his palm, bringing her closer to him. Her skin felt like satin beneath his touch as he wiped away the icing, his lips a hair's breadth from hers. 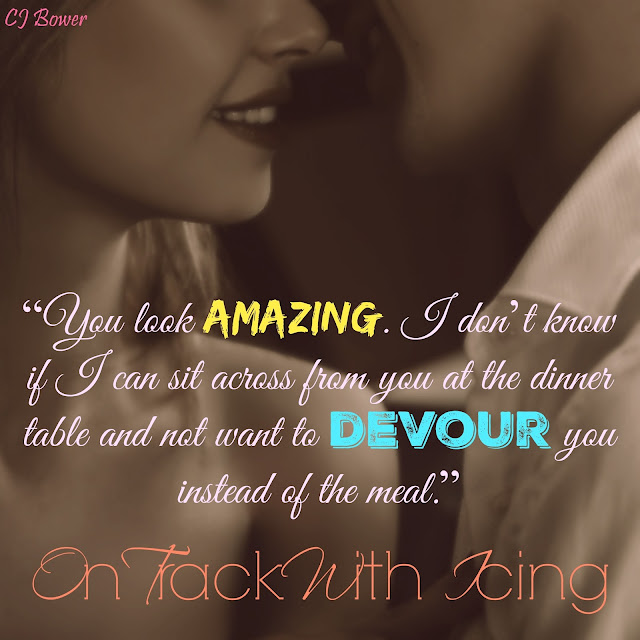 Nick Barrister is on a mission he's not necessarily one that he wants to be on, but this bakery he's just walked in isn't just an ordinary bakery. And the moment he lays eyes on the owner, he's stunned by her beauty, witty, and charm. She's everything the girls he's used to are not; which is what makes her so special.

Jacqui Jacobson has turned her bakery into something quite special. She puts her heart and soul into each and every creation she makes. She's curvy girl with a big heart, but broken after a disastrous marriage. Her whole life is her job, her family, and her friends. She works hard each and every day, but doesn't know how to have a little fun.

So when Nick asks Jacqui out, she's taken aback but there is something about him that she can't stay away from. And the more time she spends with him, the more she falls for him and him for her.

But there's a secret that Jacqui hasn't revealed and when it comes to light, how will Nick react? Can they work through this or has the damage done unrecoverable from?

This is CJ's debut and it's an exhilarating ride. It's got fast cars, sizzling race car drivers, sumptuous confectionary treats, and a captivating storyline. Jacqui is someone you feel drawn to and can relate to her problems. She's the type of person you want as a friend not just for cooking, but also for loyalty and big heart. At first glance, you would expect Nick to be an arrogant due to his celebrity status, but there is more to him than that. He's the guy that can look past the superficial and see the person's true character. He's a walking wet dream and he isn't afraid to fight for what he wants. He's a man that will follow his heart at all costs. Nick and Jacqui are very special individuals and together they can conquer anything.

This book will have you laughing, crying, and fall in love. I would recommend this enchanting book form this debut author and look forward to what CJ will brings us in the future. 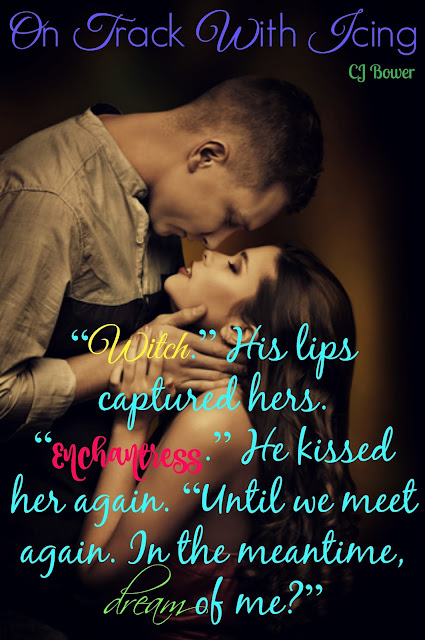 Reading and writing have always been a huge part of CJ's life, and she's been creating stories since childhood. For as long as she can remember, she's been putting pen to paper and creating complex characters in rich settings. With the support of wonderful family and friends, she finally decided to make the big leap into the world of professional publishing.

CJ lives in Western Wisconsin with her husband. They have only one child, of the four-legged and furry kind. When she's not working or writing, she enjoys baking, having picked up her first piping bag at fourteen. She started decorating full time at age twenty-three and spent four years in her family's bakery before returning to school. She also enjoys volunteering at the local animal rescue shelter and advocating for those who are unable to speak for themselves. 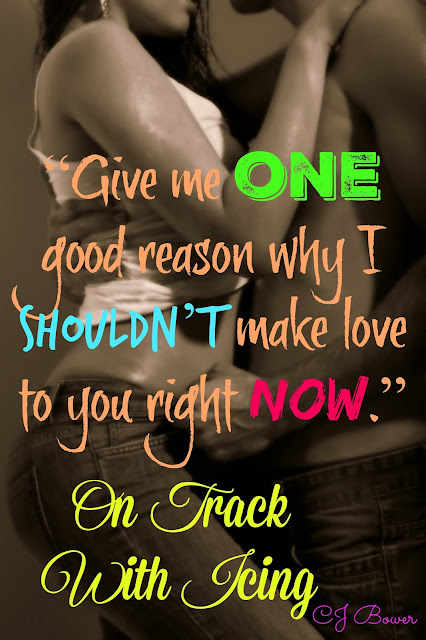