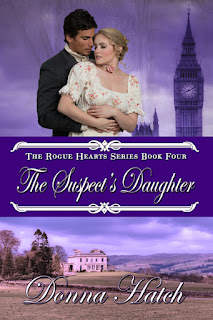 Determined to help her father with his political career, Jocelyn sets aside dreams of love. When she meets the handsome and mysterious Grant Amesbury, her dreams of true love reawaken. But his secrets put her family in peril.

Grant goes undercover to capture conspirators avowed to murder the prime minister, but his only suspect is the father of a courageous lady who is growing increasingly hard to ignore. He can’t allow Jocelyn to distract him from the case, nor will he taint her with his war-darkened soul. She seems to see past the barriers surrounding his heart, which makes her all the more dangerous to his vow of remaining forever alone. 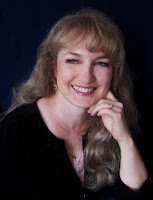 Donna Hatch is the award-winning author of the best-selling “Rogue Hearts Series.” She discovered her writing passion at the tender age of 8 and has been listening to those voices ever since.

A native of Arizona who recently transplanted to the Pacific Northwest, she and her husband of over twenty years are living proof that there really is a happily ever after.

He sat like a shadow, so dark with his midnight hair and dark clothing. The scar running the length of one side of his face added to his aura of danger. Even so grave and defensive, he was attractive with his more-rugged-than-strictly-patrician features and alert, silvery eyes. When he smiled—if he ever smiled—he would probably be stunning.

She glanced back at the doorway. He had arrived. With hair as dark as a starless night, a tall figure clad almost entirely in black strode toward them. Something shifted inside her and she took a step back from his presence of power. As he neared, his air of deadliness swept ahead of him like a giant clearing the path. Piercing gray eyes set in his fearsomely handsome face caught and held her gaze as he drew nearer.

She chided herself. Grant Amesbury had protected her. Why everything about him seemed so deadly tonight, she couldn’t explain, but she surely had nothing to fear from him. Firmly wearing the role of hostess, she moved to welcome him. He was dressed in beautifully tailored clothing, as fashionable as the clothes he’d worn the night he’d brought home Jonathan. His new haircut and style gave him Town polish.

“Welcome, Mr. Amesbury.” She sank into a curtsy.

He inclined his head. “You look lovely.” The words fell awkwardly from his lips as if he’d rehearsed them. She doubted he often paid compliments to anyone.

He paused and focused on her. Something changed in his expression. He studied her in a way that sent heat from her face clear down to her toes. Oh heavens, if these were the kind of looks he was capable of giving, he clearly was dangerous to ladies, but not in the way she’d thought.

Her attention zeroed in on his lips, and hers tingled in response. Powerless under his stare, she wrenched her gaze from his and nervously touched her brooch as if to assure herself it remained in place, anything to restore her good sense, which had quite literally failed her for a moment.

“How can I thank you properly?” Jocelyn said.

Mr. Amesbury blinked as if unaccustomed to such an outpouring of gratitude. “No need. Their safety is enough. I enjoy administering a bit of justice now and again.”

The corner of his mouth twitched and an unholy gleam shimmered in the hardness of his eyes. For a fleeting moment, a vision of Grant Amesbury hunting down the criminal who’d attacked her and exacting some form of vengeance upon him flashed through her mind. He was like a rogue knight with his own code of honor and his own methods of justice.

Jocelyn studied Mr. Amesbury’s profile, fascinated with his cautious probing. He was so solemn, so intense. If only he’d smile. But no, perhaps it was best he didn’t. He’d probably be so handsome she would be rendered unable to utter an intelligent word.

When the butler opened the door to announce dinner, she said quietly, “I hope you don’t mind, Mr. Amesbury, but I’ve seated you next to me.”

He blinked as if he’d forgotten she stood next to him. “Why would I mind?”

She huffed out a self-deprecating laugh. “You seemed a bit ill at ease yesterday when you came for tea.”

His pale gray eyes passed over her. Again came that intensity. His hard edges softened. “Not because I object to your company, Miss Fairley.”

It was ridiculous, really, the warmth that wrapped around her like a blanket at his words. She probably grinned like some kind of silly schoolgirl. His crusty, protective barrier returned in his posture and his expression. How long would it take her to break open his emotional armor and find the real Grant Amesbury?