If you like romance series with twists and turns, then you’ll love Pam of Babylon.

When Jack has a heart attack on the train from Manhattan, Pam and Jack’s two lovers discover secrets and lies, and each other in this contemporary romance with a touch of noir. 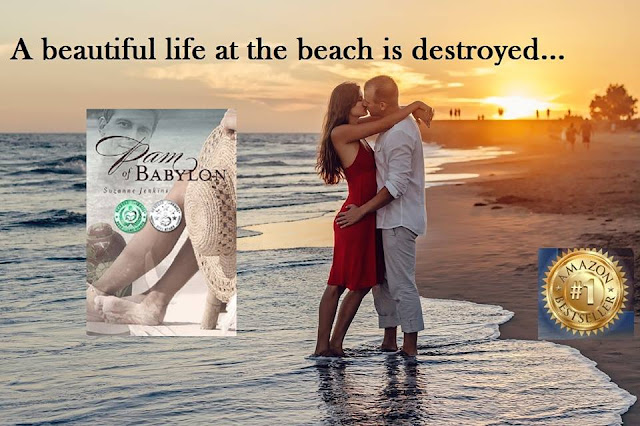 Jack Smith was thinking, I am the luckiest man alive. Sitting at a white-linen-covered table on the sidewalk outside of his favorite restaurant, he gazed at the perfect face of his mistress of nine months. This place was their place. They’d spent a rare night together, and in the early morning they were having a leisurely breakfast, enjoying the perfect weather of late May in New York.

“What do you have to do this weekend?” Jack asked, knowing this could be a dangerous topic. Sandra was sipping her coffee, head bowed but eyes on him. She slowly put her cup down and straightened up. He really wanted to know, interested in her life outside of where it meshed with his.

“After you leave, I’ll start getting ready for the week, and then I can relax tonight and tomorrow. Monday I’m having lunch at my sister’s in New Jersey. My schedule next week is fairly packed, so the more I can get done now, the easier it will be.”

She thought of her messy apartment, the empty refrigerator, the pile of laundry, but didn’t mention it. Jack’s solution would be to say, pay someone to do those things for you so you can do what you want. Your time is worth more than what it would cost.

“One thing I would really like to do is get back to that gallery on Houston and see if there isn’t a deal I can work out for the piece we saw last night.” She smiled at Jack, and they nodded their heads, remembering the vibrant painting of the Riverside Gardens. It was so colorful, the yellows and reds and blues exaggerated, the flowers oversized. They loved it.

“You should have said something while we were there!” he said, smiling at her.

He would have bought it then and there for her, but she really wanted to buy it for herself, knowing it was wise to keep things like community property out of their relationship.

They ate the rest of breakfast in silence. Soon, Jack would start fidgeting, pushing his chair back slightly, looking around and fighting the urge to look at his watch. Their time together would be over for now. Sandra would try to beat him to the punch; it was easier for her to be in control of this aspect of their life. His schedule would dictate when they could see each other, but she could be in charge of when it would end. Hating those last minutes while they waited for the check to come, she felt like she was sitting in a vacuum. Today was a little different, maybe because of the night before. It was so special having the evening together and then spending the night with him. The hotel was the same one they always used. It was clean and comfortable and—impersonal. But she didn’t allow herself to think of it.

He would not have argued if he knew what she was thinking. On one hand, he was wondering what was taking so long for the check to come as he had a lot to do at home, but on the other, he would miss her terribly. It took all the strength he had not to pout like a child when he was away from her. Thinking of his home close to the sea, the smell of salt air, he imagined the two of them sitting on the veranda overlooking the dunes and beach grass. But the face of his wife kept popping up on Sandra’s body, not allowing anyone to take her place, even in his thoughts.

She walked him to the subway, refusing to have him walk her home first. Rather than taking a cab, he often preferred the subway. She would shop on the way home, and he had a long commute, over an hour to his home on Long Island. They walked arm in arm, a striking couple to look at, he mature, greying at the temples and in good shape for his age; she young, model thin and beautiful, heads turned to look. Were they famous? The attention they got when they were out in public together pleased them, and they became even more animated, laughing, standing up straighter, happiness radiating from them both.

On Broadway, another observer took note of the radiant couple. Jack’s sister-in-law, Marie waited in the Saturday-morning bagel line at H&H. 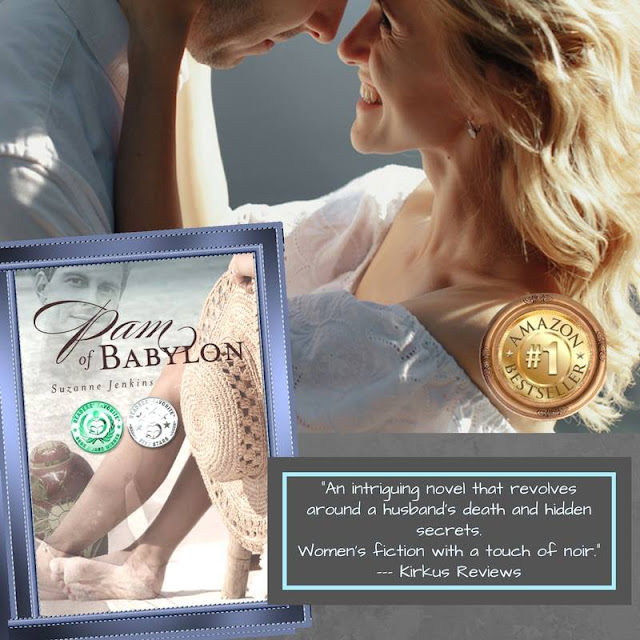 My books are all creations of a rich and sometimes devilish dream life. Don’t worry—you won’t see yourself in any of my books, but if you do, it’s just a coincidence…

In a former life, I was a registered nurse who worked in the Operating Room for many years. Prior to nursing school, I was an OR technician, and after working in the OR for over thirty-three years, I can’t stand the sight of blood!

I’ve been married to my high school sweetheart for forty-eight years. We have two children and seven grandchildren and are down to one dog, Oscar. We live in the isolated mountains of north San Diego county, rarely leaving the sanctuary. It’s a wonderful place to hide out and write. I’m a member of the Romance Writers of America and the RWA San Diego Chapter.

The contest closes at midnight EST on June 30 and is open to entrants worldwide.
Good luck! 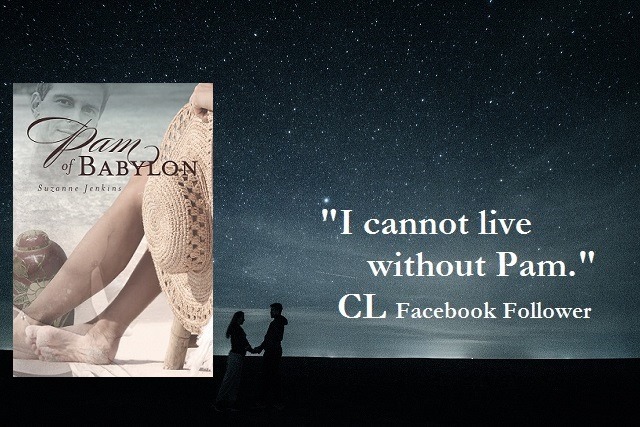