Release Blitz & Review ~ Paddled by the Teacher, The Spanking Experiments #1, by Ravenna Tate 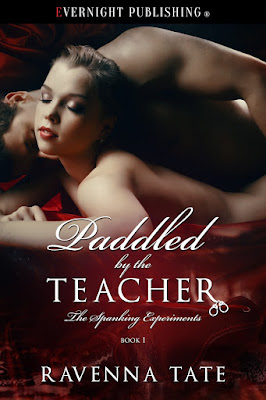 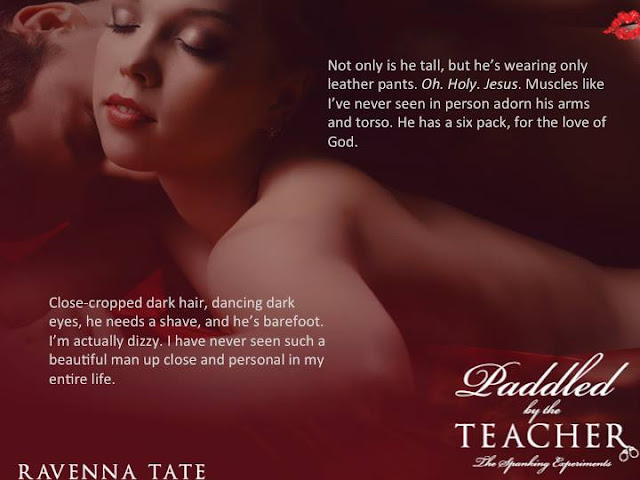 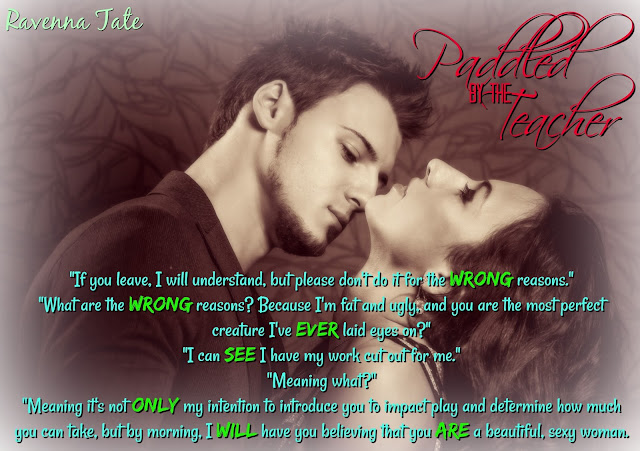 I slip off my shoes and curl my toes in the soft carpeting. The panties are more difficult. It’s such a vulnerable state, even though my blouse, bra, and skirt are intact. They’re as damp as I had imagined, so I start to toss them onto the floor but he grabs them out of my hand.

He bunches them up and grins in a heart-stopping way. “You are soaked, aren’t you?”

“Is that because of me, Chelsea?”

At first, I think he’s going to sniff them, they’re so close to his face. But instead he drapes them across the back of the sofa. “I want a taste.”

“Okay.” Now, in addition to my legs trembling, the tiny movements travel up my torso.

“You misunderstand. I want to taste your pussy juices, but I want to do so off your fingers.”

“Oh…” Is he fucking kidding me? I’ve never touched myself in front of anyone. Does he suspect this? Probably. I have to step apart a bit to reach between my legs, but it doesn’t take much of a swipe to grab some juice. I really am soaking wet. This forces a quick giggle from me, which he smiles at.

“Good girl. Bring that finger to my mouth, please.”

This is the kinkiest thing I’ve ever done, and it sends a shockwave of desire racing through me when he sucks my finger. The low hum in his throat causes fluttery contractions inside my pussy, like I’m about to come. I assume he’s finally going to paddle me, but instead he grasps my face and brings it to his, planting a kiss on my mouth that has me scrambling to stay on my feet.

As he shoves his tongue inside, I taste my own juices, and my arousal goes through the roof. I’ve never been this fucking turned on. It’s over too quickly, but the dancing light in his eyes tells me he cut it short on purpose. This teasing, playfulness is what I’ve been longing for. He really does want me. The realization hits me full force, and I have to plop down on the sofa because I’m dizzy with happiness.

“Are you all right?”

“Fabulous. Are you ready for those three swats I owe you?” 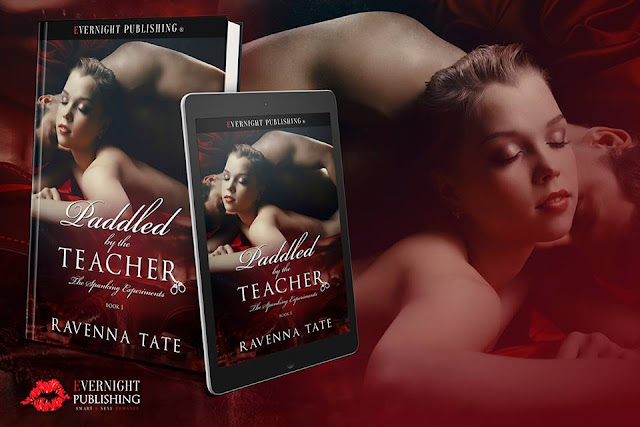 Chelsea knew what she was getting into theoretically, but standing in front of Slade has her questioning her resolve. She's doesn't believe a man like him could ever find her attractive let alone want to teach her the ins and outs of impact pay.

Slade was immediately taken with Chelsea and quickly realized she didn't think very highly of herself, a trait he didn't approve of. Slade is man that speaks his mind and doesn't mince words. If Chelsea allows him, he'll teach her pleasures she only ever dreamed about and convenience her just has beautiful she is.

However, as the night progresses their connection because something more than teacher and student. Can they continue to explore their undeniable attraction after this night, or will that just be one night and nothing more?

Holy Smokes Batman, Ravenna brings us another tantalizing read in Paddled By The Teacher. I couldn't, nor did I want to, put it down. I connected with Chelsea right from the start, understanding the fantasies she's always had and finally being able to do something about it. Although her self esteem is low, she doesn't let that stop her.

Slade is everything you would want in a hero. Sure he's tall, dark, and handsome but he's also more than what you see. His past made him see people not by their outward appearances but their inside, their hearts. So when he stated how taken he is with Chelsea you can believe he's telling the truth with his whole heart and soul. And because of this how can you not swoon for him?

Paddled By The Teacher is a provocative, spellbinding read that will have the reader riveted to each page. The passion is intense and profound. The banter witty and enticing. The story line alluring and exciting.

Therefore if you are looking for a quick, sultry read that will leave you craving for more, then I highly recommend Paddled By The Teacher. 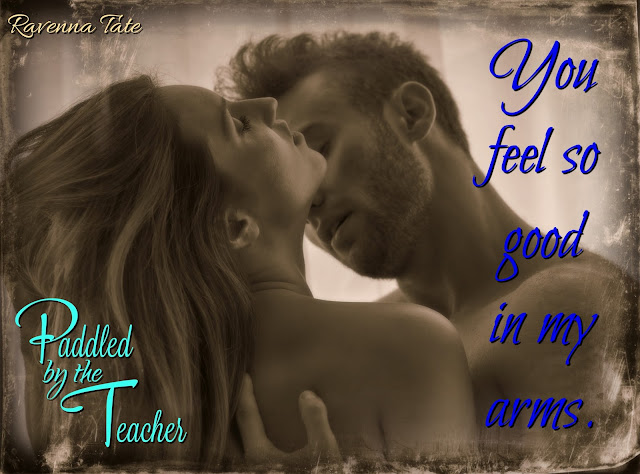 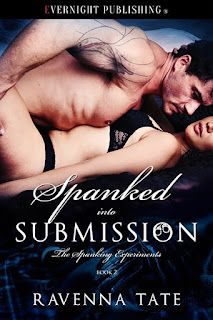 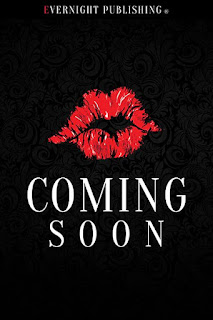 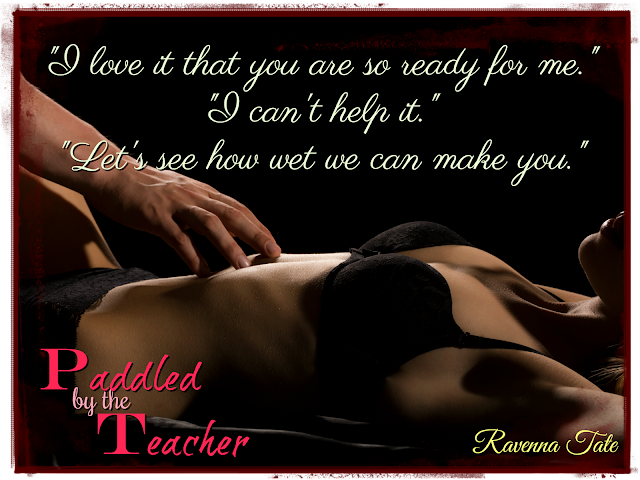 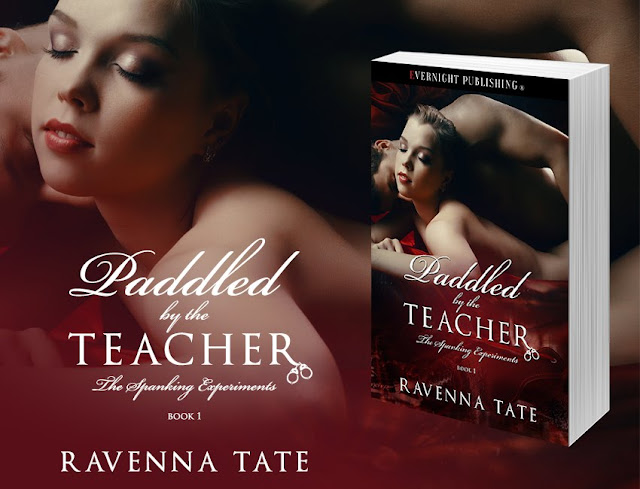