When Love Is An Act, Will Her Heart Be Fooled?

Lena Lyons, one of Hollywood’s hottest female stars, has a celebrity problem: she’s too famous.

Lena’s had stalkers before and figures the crazies come with the territory, but when things start going dangerously wrong on the set of her latest movie, her production company aren’t taking any risks. They hire Marc Romero, Hollywood security expert. And Lena thought stalkers were bad—Marc appears to hate his job and anything celebrity, including Lena.

Still reeling from her divorce, the last thing Lena needs is a brooding investigator who won’t let her out of his sight. Worse still, his plan to protect her involves him going undercover as an up-and-coming actor and pretending they’re a couple.

Lena has no choice but to get close to the mysterious man who won’t share anything about himself. With her life depending on her acting skills, she must convince everyone Marc’s the man for her. But will she be able to convince her heart it’s all an act?

Escape behind the scenes with the second installment of the Hollywood Hearts series, perfect for fans of Rachel Gibson, Victoria Dahl, Susan Elizabeth Phillips and Liliana Hart. 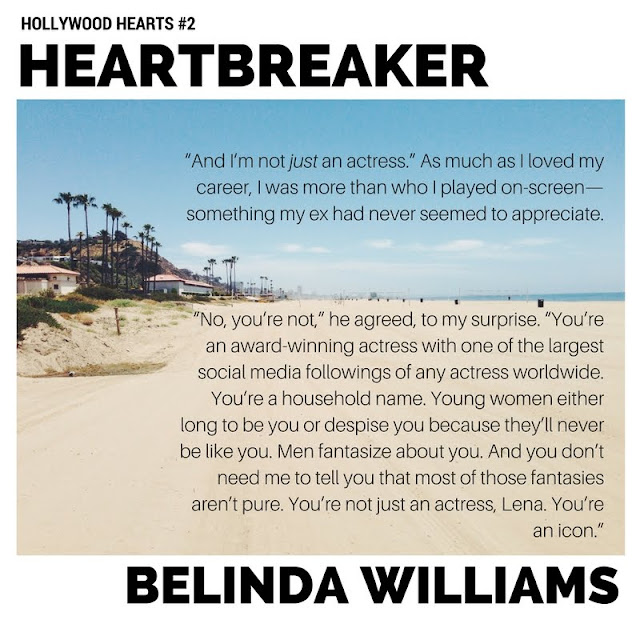 “Why can’t Tim or Jay look after me on-set?” They were my usual bodyguards and I’d had to leave them at home with nothing to do today because of Marc’s interference.

Infuriating man. It infuriated me more that he was right. “Modest too. But boyfriend? Come on, Marc. Surely that’s not necessary.”

His dark eyes finally met mine. They observed me coolly. “I’m not happy about it either, believe me. Before you, I’ve avoided being seen in public with my clients, and last time I looked, I’m not a bodyguard. But I’ll do what it takes to protect you, Lena. And think about it. If I’m your boyfriend, I can go everywhere with you.”

I took a step back and bumped into the kitchen cupboard. I put out my hands to steady myself on the counter behind me. Oh my God. I hadn’t thought about that. Marc would have to go out in public with me. To movie premieres and other places where a person would normally take their significant other. Suddenly the mineral water didn’t seem like such a good idea after all, and the bubbles swirled dangerously in my belly.

“Not going to happen,” I told him. “I’m going straight to Tania right now to sort this out. Whatever you do, don’t tell anyone else you’re my boyfriend in the meantime.”

Tania was the assistant production manager, and I tried not to run for the door. The sooner I cleared up this horrible mess, the better.

It was the smarmy overconfidence that got me. I snatched my hand from the doorknob and turned to face him.

“Admit it, Romero. The prospect of getting close to me is too good to pass up. That’s why you’re doing it this way.”

He remained still for a second, and when he moved, it was with the casual grace of a predator who is confident of catching the prey in its sight. It took him two long strides to reach me. His breath heated my face he stood so close, a strangely arousing blend of coffee, mint and spice. I held his gaze, but was reminded of his imposing height. I cleared six foot and he still needed to look down at me.

His eyes studied my face but it wasn’t the cold, calculating stare reserved for suspects. Eyes so dark I could barely make out the pupils roamed my features with an animal grace that caused my roiling stomach to tighten.

His mouth curved liked he’d felt my response. “Trust me, Princess. If I want to get close to you, I won’t have to trick you to do it.” 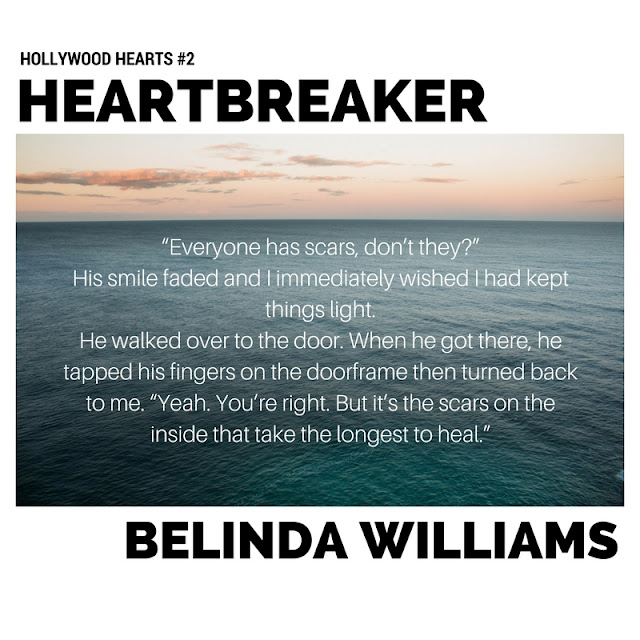 For Hollywood starlet Lena Lyons life has had it's ups and downs, so she's not going to let this latest stalker disrupt her life completely.

The chemistry between the two is intense but both fight their attraction, but you can only fight the inevitable so long.

When they stop fighting and finally given in, can their new relationship survive when the danger threaten Lena when they least expect it? Or will one to many secrets cause a rift to wide to overcome?

For my first Belinda Williams book, Heartbreak is an intriguing, fun, and sultry romance.

Both Lena and Marc have issues that have shaped their lives and cause them to have trust issues that at times makes them push people away. They are both strong willed, independent individuals that rather depend on themselves then rely on others.

What I love most about these two is that although they don't let people into their inner circles often, there is something about the other that drawn them in. They are opening up to each other and still give as good as they get. Their banter is quick, witty, and feisty.

The drama that surrounds Lena troubling, but I love that Lena doesn't let it stop her from living her life. Must to Marc's dismay at times.

Heartbreaker is a fun, sexy read with lots of Hollywood sizzle. I can't wait to go back and read the first book in this series and looking forward to what will come next. 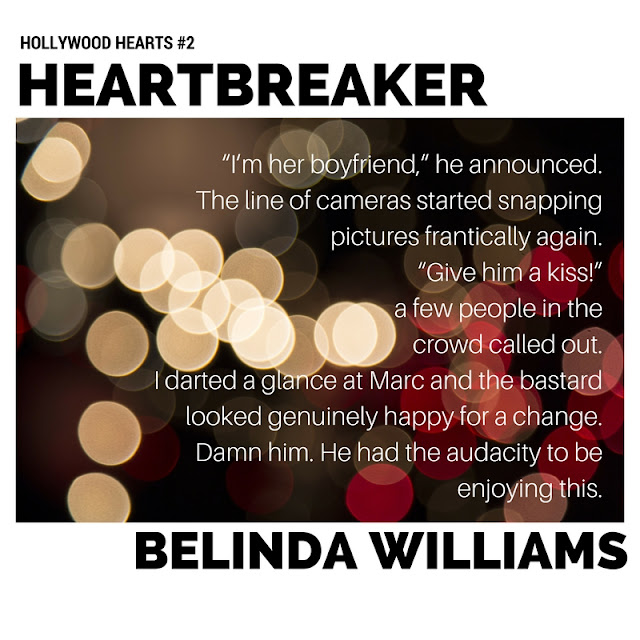 Belinda is a marketing communications specialist and copywriter who allowed an addiction to romance to get the better of her.

Belinda is the author of the contemporary romance series, City Love, about four young professional women living in Sydney juggling love, work, friendships and life. The series is published by Momentum (Pan Macmillan), and available from all major ebook retailers.

Belinda is currently working on a new series: Hollywood Hearts. Heartthrob is available now, and the second book in the series, Heartbreaker, is due for release in June 2017.

Belinda was named a top ten finalist in The Romance Writers of Australia Emerald award in both 2013 and 2014. Her debut novel, Radiant, a paranormal romantic suspense, is also available on Amazon.

Her other addictions include music and cars. Belinda is a music lover and her eclectic taste forms the foundation for many of her writing ideas. Her healthy appreciation for fast cars means she would not so secretly love a Lamborghini. For now she’ll have to settle with her son’s supercar Hot Wheels collection and writing hot male leads with sports cars. 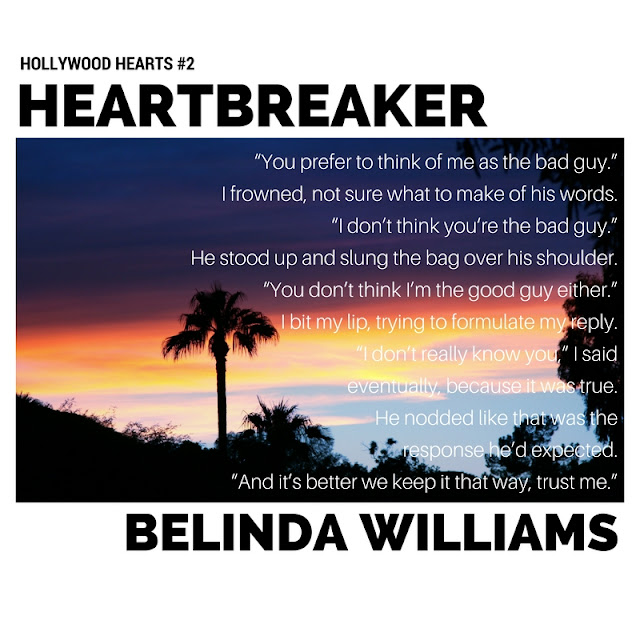 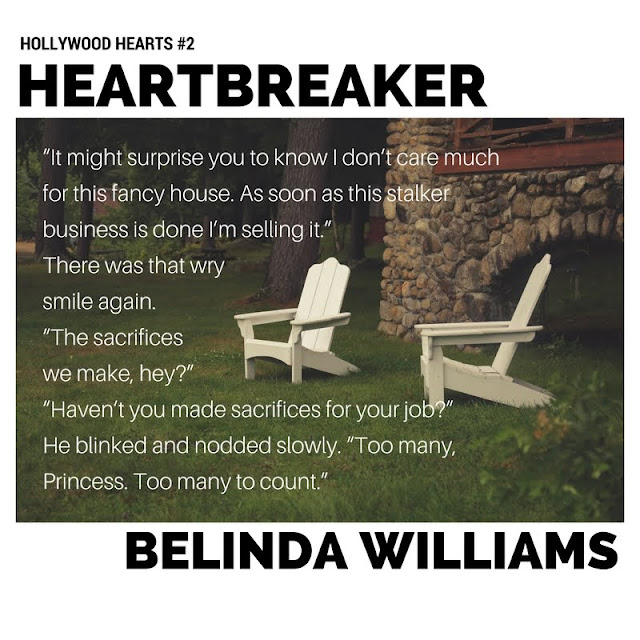