Book Tour & Giveaway ~ The Man She Knew, By Way of the Lighthouse #1, by Loree Lough


Don't they both deserve a second chance?

Fourteen years ago, one reckless act cost Ian Sylvestry everything, including the girl he planned to marry. Since then, he has fought hard to turn his life around. Returning to his Baltimore town after serving a prison term was the first step. Winning back Maleah Turner's trust is a far more daunting challenge.


From their first sparks-flying reunion, it's obvious they still have powerful feelings for each other. In fact, they might be even stronger together now. But if their second chance is going to work, Maleah has to believe that Ian is a changed man. She really wants to believe...but she simply isn't convinced.


"I love it! I like all characters in this book. I could not put it down until the end." ~ Terri, Goodreads Reviewer


"When I pick up a novel by Loree Lough, I know it'll be an entertaining read, filled with characters I love and scenes I'll remember forever. The Man She Knew is exactly that...and more." ~ Claudia Mossman


Firefighters had prepared a pathway of sorts, using axes and pry bars to move lumber aside. It was small comfort, knowing they’d stick close by, ready to deal with sparks that might flare into flames as Cash’s nose led them to the elderly couple, trapped upstairs.

The men walked in a crouch, their flashlight beams crisscrossing the darkened interior. When they’d been inside about ten minutes, the guy out front said, “Missing floorboards here.”

The warning preceded another five minutes during which the only sounds were the crunch of glass and wood splinters beneath their boots. Then, the near-silence was shattered by Cash’s barking.

The team followed the steady yapping to the stairs, and halted their approach.

“Probably won’t hold any of us,” said another.

The others didn’t argue. It made sense, after all, since Ian knew best how to read his SAR dog’s signals.

Concerned as he was about the condition of the people trapped up there, Ian made his way up, one cautious step at a time. Because if the staircase gave way before they even found them…

Cash met him at the top, tail straight out and ears up. The ceiling height made it necessary for Ian to crawl as the dog led the way. He’d only gone a few feet when he heard soft moans, a woman’s voice, weak and thready.

Despite being blanketed with plaster, splintered boards, and loose nails, she managed to croak out, “Oh thank God. Thank God.”

“Don’t talk,” Ian said, crawling up beside her. He took her pulse. It, too, was weak and thready. No surprise there, considering the amount of blood she’d lost.

He grabbed his radio. “Top of the stairs,” he said into it, “eight feet back, six to the right. Woman alive; still looking for the man.”

A voice crackled a reply: “Sending up a backboard.”

Ian carefully removed debris from the lady’s chest. With her hands and arms now freed, he said, “Ma’am, can you point out your husband is?”

One knobby-knuckled finger aimed left, toward a huge mound of rubble in a corner. Sure enough, a bloodied hand poked out from beneath the mess. If the guy survived that, it would be a miracle.

“The place is weaving and bobbing like a drunk,” the firefighter said, “and there’s barely a breeze outside.”

Ian had felt it, too. If they didn’t get out of here, and fast, all four of them could perish in this dismal place.

Working together, the men eased the woman onto the backboard. Not an easy feat, hunched in the confined space as they were.

“Husband’s over there against the back wall,” Ian said. “But we can’t risk bringing another guy up here.”

“Right. Let’s take her down and come back for him.”

Their bulk, added to the weight of the now-unconscious woman, caused the staircase squeal and screech. Nails, Ian knew, working their way out of the boards. The men kept moving down the failing staircase, Cash close on Ian’s heels.

“Bite me,” the firefighter joked back. “That place is like a house of cards. Somebody so much as sneezes, it’ll flatten like a pancake.”

Once he and Ian handed the woman off to the paramedics, Cash sat beside Ian.

“You’re done for the night, buddy,” he said, squatting to scratch the dog’s ears. “Good job. Real good job.” Straightening, he faced Alex. “If I don’t make it out, take him to my dad’s place.”

But everyone within earshot knew that wasn’t a given.


Following his release from Lincolnwood, Ian—feeling lost and alone—spent hours rebuilding his Harley, piece by piece. 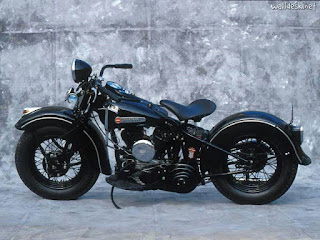 When an Autistic boy goes missing during a camping trip in the Allegheny Mountains, chaperone Maleah joins the search...with Ian and his SAR dog, Cash. 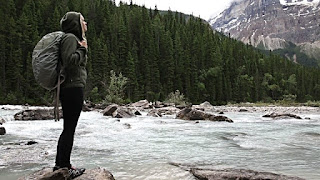 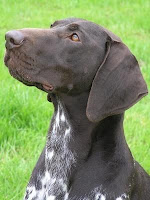 Ian Sylvestry loves his SAR work almost as much as he loves Cash, his trusted SAR dog...and Maleah, the love of his life. 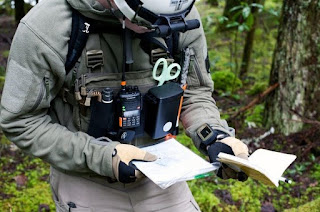 Once upon a time, Loree sang for her supper. That space reserved in pubs for "the piano lady?" Well, that's where she sat, strumming her Yamaha in cities all over the U.S. and Canada. Now and then, she blows the dust from the old 6-string to croon a tune or two, but mostly, she writes. And with the release of the 1st book in her third series for Harlequin Heartwarming, "By Way of the Lighthouse", she'll have 110 books on the shelves. She feels blessed that, over the years, most of her stories have earned 4- and 5-star reviews, but what Loree is most proud of are the dozens "Readers' Choice" awards she has won, because it's the readers' opinions she cares most about!


Loree and her husband and live in a Baltimore suburb and enjoy spending time at their cozy cabin in Pennsylvania's Allegheny Mountains (where she has nearly perfected her "identify the critter tracks" skills). They have two lovely daughters and seven 'grandorables,' and because she believes in giving back, Loree donates a generous portion of her annual income to several worthwhile charities. (See the full list on the "Giving Back" page at http://www.loreelough.com.)


While you're there, Loree hopes you'll drop her a note, because she loves hearing from her readers, some of whom have become lifelong friends! (You can also interact with her at Facebook, Twitter, or Pinterest.)

Discover more features, excerpts, reviews, interviews, fun facts and other extras on the tour.
To check the latest tour schedule, visit the The Man She Knew Book Page at Book Unleashed.