Michael and Claudia’s decision to move back to Crossroads was to keep their children safe, but they can’t escape who they are. Their children, Zachary and Lucia, were destined to be demon hunters—Venators. From the age they were able to hold a sword, they were trained to become the best and to ensure they would become leaders one day.

All is peaceful throughout the land until the Fallen and demons’ presences were felt in the between and on Earth. As the Venators investigate these locations, they will quickly learn how dangerous their lives are. Hearts will be broken. Teammates will lose their lives. And they will face obstacles which will test their faith.

As danger grows, the fear of fallen angels and demons regrouping has the Divine Elders on pins and needles. Now, Zachary and Lucia, along with Uncle Davin, must prepare themselves—mentally and physically—to live on Earth to investigate where the focal point of evil resides before it’s too late.

**Strongly recommended to read before the rest of the books!** 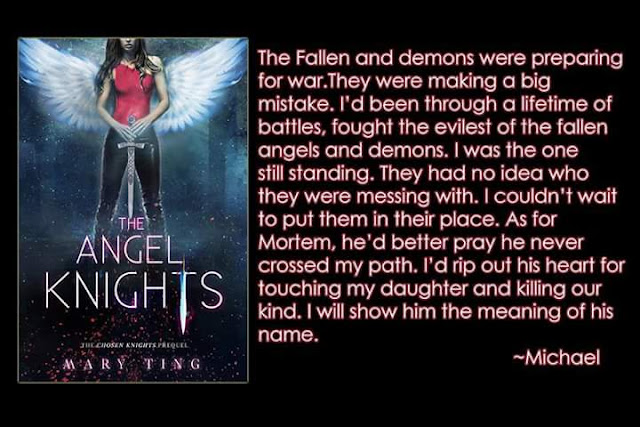 
A page turning mystery with a supernatural twist that entertains to the last page! ~ InD'tale Magazine

When teens go missing in Hawaii, a group of demon-hunters—half human and half angel—disguised as high school students, must leave Crossroads, the place where they reside. In a race against time, they uncover the mystery connecting the missing teens, which dates back to the era of the Knights Templar. However, when they discover one of the Templars passed down a book containing all the secrets and codes to finding a particular treasure, they soon realize this forbidden treasure needs to be found before Cyrus, the lord of the possessor demons, acquires it—a treasure which been safeguarded and hidden from him.

There is only one problem: the pages containing the clues leading to the treasure is missing. When the first page is found, Cyrus threatens to kill more descendants of the Knights Templar if it is not given to him by Friday the thirteenth. In the midst of threats and discovery, the demon-hunting angels find they are not alone when supernatural beings begin to reveal themselves. Can they put their differences aside and work together to solve the Knights Templars’ cipher? As they astral travel to the past, they witness a lot more than they have bargained for. And some things are better left unseen.

Though it seemed impossible, in no time he stood in front of me. He appeared like a ghost, then became translucent, and then took on the form of black mist outlining the shape of his face and body. The beauty and the mystery of this supernatural being hypnotized me. As his entity flickered in and out, a soft wind lightly tousled my hair and caressed my body. To my surprise, an incredible warmth filled me. I gasped, unsure of what to do. I should be deathly afraid of the unknown, but I wasn’t.

His stare never faltered. It reached to the depths of my soul as he breathed in the air of my existence, and I his. He smelled like a mixture of sweet coconut and the freshest greens of nature. As his lips moved closer to mine, a cool mist floated out of his mouth, then back in, and I felt my body levitate, feeling weightless as a withered leaf falling from a branch swaying with the autumn wind.

Eli’s dark, menacing eyes told me he was dangerous. Something wicked ran in his blood. I sensed it with every angel instinct in me. Yet, at the same time, I sensed something good. How could I feel both at the same time? Then a strong urge forced me to close my eyes. When I opened them, he had vanished. He was sitting with his back to me again, as if what I had experienced was only a figment of my imagination. What the heck just happened?

“Lucia? Are you okay?” I heard Jack’s voice, snapping me out of my trance.

Jack had no idea what I meant. I stopped asking him questions, realizing some kind of supernatural activity had happened. Stunned by how easily Eli had controlled me, he was...what? 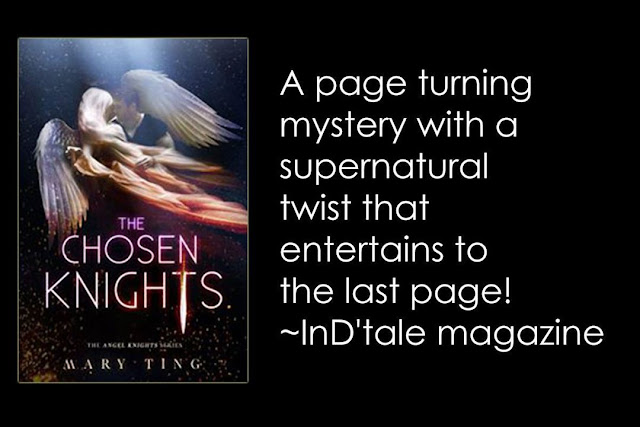 Above a small hill lay a home.
And green men peer out under the dome.
Thirteen crisscrossing arches behold,
with angels singing must be told.
Cubes like teeth thus showed
pierce one and the door shall glow.
Part the sea like Moses,
to see the bundle of red roses.
Only then you shall see,
what is destined to be free.

Eli, Lucia’s half-demon love interest, has been stabbed with a true-cross dagger and captured by Cyrus, master of the possessor demons. The Chosen Knights must work together once again not only to save Eli, but also to decipher a clue to find the second missing page of Jacques de Molay’s journal. Meanwhile, Uncle Davin informs Crossroads’ Divine Elders of the danger ahead and learns there is much to fear. Countless children are being taken from all over the world to be turned into demons. Michael, one of the Divine Elders, has no choice but to intervene. The Chosen Knights track down Mortem, the demon who is the key to finding Cyrus, and learn they must travel deep into the pit of a Hawaiian volcano. When they astral travel to the past in search of a clue and follow Jacques de Molay to Rosselyn Chapel in medieval Scotland, what they find will rewrite history. 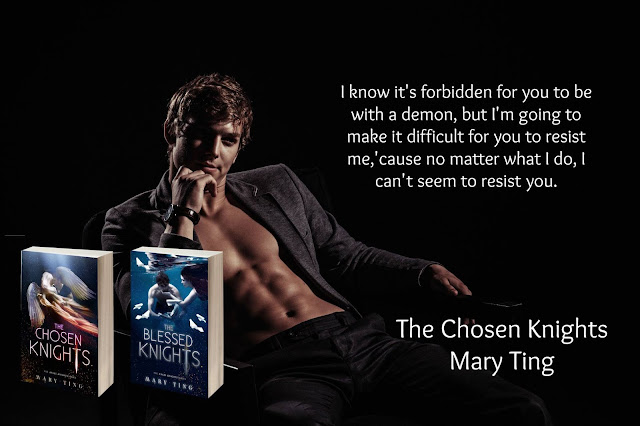 International Bestselling Author Mary Ting/M. Clarke resides in Southern California with her husband and two children. She enjoys oil painting and making jewelry. Writing her first novel, Crossroads Saga, happened by chance. It was a way to grieve the death of her beloved grandmother, and inspired by a dream she once had as a young girl. When she started reading new adult novels, she fell in love with the genre. It was the reason she had to write one-Something Great. Why the pen name, M Clarke? She tours with Magic Johnson Foundation to promote literacy and her children's chapter book-No Bullies Allowed.

Follow the tour here for exclusive excerpts and a giveaway!