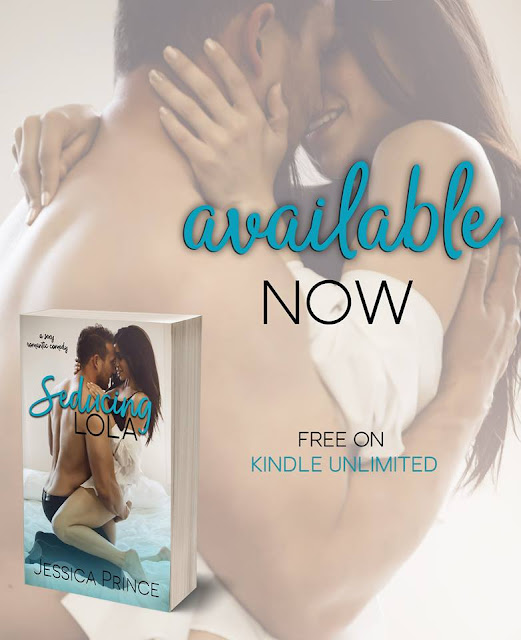 I’ve had my fair share of bad relationships. I’ve dated liars, cheaters, shoe fetishists, and everything in between. Sure, these experiences would make any woman cynical when it comes to dipping her toe back into the dating pool, but I used my past for good and made a career out of helping other women avoid going down the same paths I had.


And I was damn good at it.


Until a random act of fate set my life on a course I’d been avoiding for years, and put me in the crosshairs of a man that made me feel things I swore to never feel again.


Now I’m in his sights and it seems like he’ll stop at nothing to seduce the hell out of me. He might hold my career in the palm of his hands, but if Grayson Lockhart thinks he can blackmail me into submission with his sexy voice and sexy hands and sexy everything, then he’s…probably right. 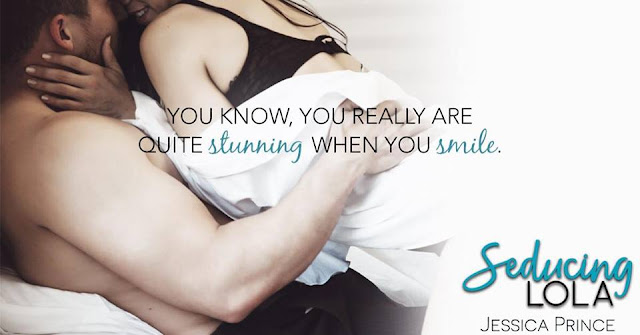 If you’d have asked my twenty-year-old self what I saw in my future ten years down the road, I probably would’ve answered the same way as every other naïve co-ed living the college dream on Sorority Row.

I’d be married to the love of my life, raising our two perfect children in the suburbs—because the city is no place to bring up a family, obviously—and driving a top-of-the-line SUV that all the minivan moms would envy because I had way too much style to ever be caught dead driving a minivan.

Clearly, my twenty-year-old self was an idiot.

It was she who forgave—then was subsequently dumped by—my college sweetheart after finding him pile-driving my sorority sister from behind on the handmade quilt I’d spent countless hours creating out of his old high school football T-shirts as a birthday present. His brilliant excuse?

“You’re just not adventurous enough, Lola. She’s willing to try things in bed that you aren’t.”

Unfortunately, my twenty-one and twenty-two-year-old selves weren’t all that smart either.

It was my twenty-one-year-old self who discovered I’d unwittingly been made a beard by Brad, the guy I had dated for six months, because his evangelical parents just “wouldn’t understand.”

BTW, Brad and Phillip’s wedding was a really lovely affair. He asked me to stand as his best woman—since he considered our relationship the reason he finally made his way out of the closet—but I turned down the honor, choosing instead to get annihilated on mojitos at the open bar.

My twenty-two-year-old self thought I had finally found a decent guy. That was until I came home to find him doing something I’ll never be able to unsee to a pair of Louboutins I’d spent the better part of a year saving up for.

The saddest part? I hadn’t even had a chance to wear them before his defilement. I didn’t have the heart to throw them in the trash, so I let him take them with him when I kicked his ass out.

I should’ve known better, honestly. It wasn’t like I’d grown up in a home with my very own personal June and Ward Cleaver. Oh no, my parents split when I was only six years old. And it was anything but amicable. My mom never kept her hatred for my father secret. And dear old Dad never hid the string of women he kept on tap, one for whatever mood he may’ve been in. It was shocking that I hadn’t grown bitter at an even younger age, having to deal with their drama, but I was in my early twenties and still a believer in happily ever afters.

Now I know what you’re thinking. After three miserable failures, I was probably a jaded cynic who was convinced true love didn’t exist.

Well, you’d only be half right. See, I believed in love, sure… as long as it was happening to anyone other than me. I’d been the fateful target of that bastard Cupid’s stupid-ass arrow three times already; I had no desire to go for a fourth. I wasn’t anti-relationship when it came to other people. To each their own and all that jazz. And I didn’t hate men. I just didn’t believe they were of any use to me for anything other than a few hours of fun that eventually led to a—hopeful—mutual release before I sent them on their way.

I learned from my mistakes, grown wise as the years passed. I knew exactly what I wanted out of my life, and believe me, there wasn’t a shitty picket fence in sight. If the suburbs were for families, then the city was exactly where I was meant to be. I was a successful, accomplished thirty-two-year-old woman who’d gotten where I was in life by hard work, perseverance, and the cluelessness of women all around the world.

My name was known in households all throughout Washington State. I, along with my two best friends, hosted Seattle’s most successful female-based talk radio show, aptly titled Girl Talk. I’d managed to make more money in the past ten years by offering relationship advice to helpless women than I’d ever know what to do with.

It was safe to say the rose-colored glasses were off. I lived in the real world where men cheated and women drowned their sorrows in vats of Ben & Jerry’s.

Sure, I wasn’t living the future I saw for myself when I was twenty, but then again, at twenty, I still thought Brad Pitt and Jennifer Aniston were meant to be, that Wedding Crashers was cinematic brilliance, and that the whole Tom Cruise/Oprah couch jumping “I’m in love with Katie Holmes” thing was actually romantic. What the hell did I know back then?

A lot had changed over the years. And as I gazed out the floor-to-ceiling windows of my penthouse apartment, overlooking the Puget Sound, I could honestly say without a shred of doubt that I wouldn’t have it any other way.

Born and raised around Houston Texas, Jessica spent most of her life complaining about the heat, humidity, and all around pain in the ass weather. It was only as an adult that she quickly realized the cost of living in Houston made up for not being able to breathe when she stepped outside. That's why God created central air, after all.

Jessica is the mother of a perfect little boy--she refuses to accept that he inherited her attitude and sarcastic nature no matter what her husband says.

In addition to being a wife and mom, she's also a wino, a coffee addict, and an avid lover of all types of books--romances still being her all time favs. Her husband likes to claim that reading is her obsession but she just says it's a passion...there's a difference. Not that she'd expect a boy to understand.

Jessica has been writing since she was a little girl, but thankfully grew out of drawing her own pictures for her stories before ever publishing her first book. Because an artist she is not. 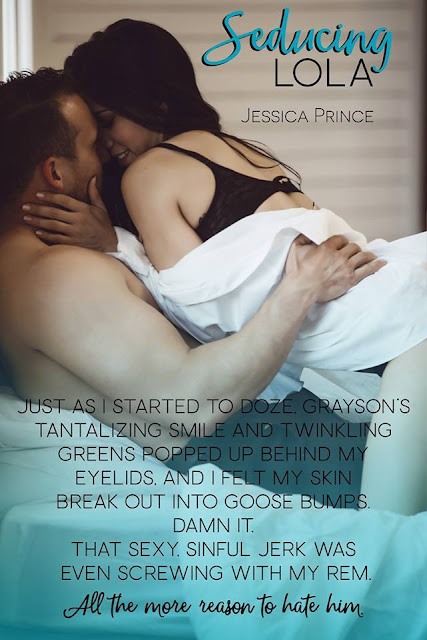