As this beloved vampire series draws to a close with Season 5, discover the true fate that awaits Brogio and his loved ones.

Snow Blood Season 5 Brings the Adventures of Brogio, the First Vampire, and His Family to an End.


A devastating loss sets Snow Blood and his vampire family on a path to revenge. Determined to use whatever means necessary, Brogio’s kindred dog risks the endangerment and potential destruction of all he loves and most especially the love of his master’s life, Selene. Only a surprising intervention can save them from a tragic destiny as the mythological gods unite to destroy them.


As this beloved vampire series draws to a close with Season 5, discover the true fate that awaits Brogio and his loved ones. 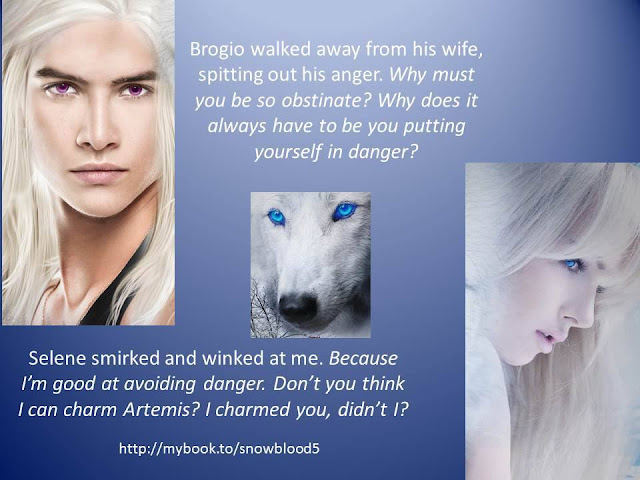 Snow Blood Season 5 was a fast-paced, exciting conclusion to one of the best series of books from Carol Mckibben I've read. ~ Rickey Morris, Goodreads Reviewer

This was such an interesting way to close Snow Blood's series! A truly well written and enjoyable series. ~ Patricia Myers, Goodreads Reviewer

An Excerpt from the Book

Scrawny’s true death wrapped its cold, cruel fingers around me. Its grip remained relentless. How could I ever recover from the loss of my child? Even though I was surrounded by death and existed as an undead being, I had never experienced it like this. Each wolf that I had sired was a cherished family member.


I reflected on Brogio’s wisdom. My own sire and father of all vampires advised, “The reality, Snow Blood, is that you will grieve forever. You will not get over it. You will only learn to live with it. You will heal and rebuild yourself around your loss. You will be whole again, but never the same. You should not be, nor should you want to be.”


I looked into Nova’s blue eyes. She had stayed close to me in the days following Scrawny’s murder. My mate did everything she could to surround me with her warmth, even in her own sorrow. As we walked through the melting snow of a Nova Scotia morning on Brogio’s Wolfville Wine Estate, she nipped at my ear and ran out ahead of me, challenging me to chase her. She shook her gray-and-white fur seductively and put her front paws and face in the snow, her hind end stuck up, her tail wagging. I ignored her effort and looked up at the sky. The desire for revenge sliced through me like a silver arrow, deadly to my kind.


I would kill the one who had brought my family nothing but pain and despair. The Titan Hecate, goddess of all witches, would suffer as no other. She alone held the responsibility for my greatest loss. She had murdered Scrawny with pure malice. My family and I had once again thwarted her plans to spread evil throughout the world, and I had escaped her attempt to make me her familiar. She had executed her punishment for it.


I watched the sky and waited impatiently for darkness to overcome the light. My remaining pack—Nova, Chase, Fergus, Thor, Gaspar, and Joker—had the gift of daylight, bestowed on me by the goddess Artemis. We used that attribute to guard our human family—Brogio, his wife, Selene, and his first blood son, Kane. When night fell, they would arise, and I could discuss revenge with them.


I am a vampire dog. More than five years ago, I lay dying, accidentally hit by Brogio’s car. He turned me to save me. In this undead state, I have lived lifetimes and fought endless enemies to protect both my human and wolf families. I created my wolf kindred to help defend against the selfish gods, numerous vampire hunters and monsters, and finally Hecate. Scrawny, my second-in-command, held a special place in my heart. His hard-fought love and devotion had given me strength. That had to be defended.

Other Books in the Snow Blood Series

Don't miss the first four books in the Snow Blood series! Join the paranormal world of Brogio, the first vampire, as told through the eyes of his kindred dog, Snow Blood! The Snow Blood Series takes readers through the creation of the first vampire and how he saved a dying white husky to be his eternal companion. Together the two face a series of events that reveal sinister plots to destroy the father of all vampires and those he loves. Through it all, Snow Blood demonstrates the meaning of unconditional love and redemption.

Each book is available for 99 cents only at Amazon.com. Or get them Free with Kindle Unlimited!

One lucky winner will win the following
$10 Amazon Gift Card, a signed copy of Snow Blood Season 1 or the Kindle version, and a Silver Wolf Pendant
Contest runs from July 15 - 21, 2017. 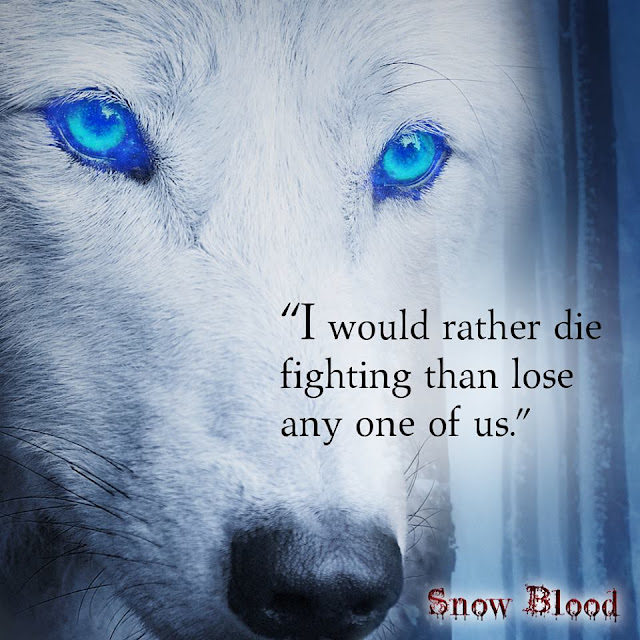 Carol McKibben was a magazine publisher for 20+ years. She has published Luke’s Tale, Riding Through It and the Snow Blood Vampire Mystery Thriller Series. Luke’s Tale and Snow Blood are targeted to a YA market. Luke’s Tale was included in the Summer Solstice Top 12 Book Pick List. Carol writes from the heart of a dog’s eyes. Her books help support her dog rescue efforts and focus on unconditional love. Carol, her labradoodle Neo, lab Thor and Siberian Husky Ty are currently working on new adventures. Go to http://www.carolmckibben.com or email carol@mckibben.com.