Gryff Ward made a serious mistake when he hired the hot-as-hell defense attorney Rayne Jordan as an associate in his high-profile legal firm, even though she’s one of the best. Now he’s struggling to keep it professional, especially when she insists on calling him “Boss.”

Rayne’s been attracted to the firm's top attorney ever since her interview. And she’s well aware that calling the conservative man “Boss” drives him crazy…in a very good way.

Add Trey Holloway, their newest client, a troubled NFL quarterback, into the mix. Tension arises when it’s clear that both Gryff and Trey want Rayne and Gryff is willing to fight for her. However, Trey doesn’t hide the fact that he wants Gryff too.

Now Gryff’s having a hard time fighting not only his attraction to Rayne but to another man. Even though he stubbornly refuses to admit his deepest, darkest desires.

Then Rayne takes control. She’s determined to have them both in not only her bed but her life, and she won’t give up until she does.

Note: This book in the series can be read as standalone. It includes an HEA ending. It is intended for audiences over 18 years of age since it includes explicit sexual scenes between all three characters. 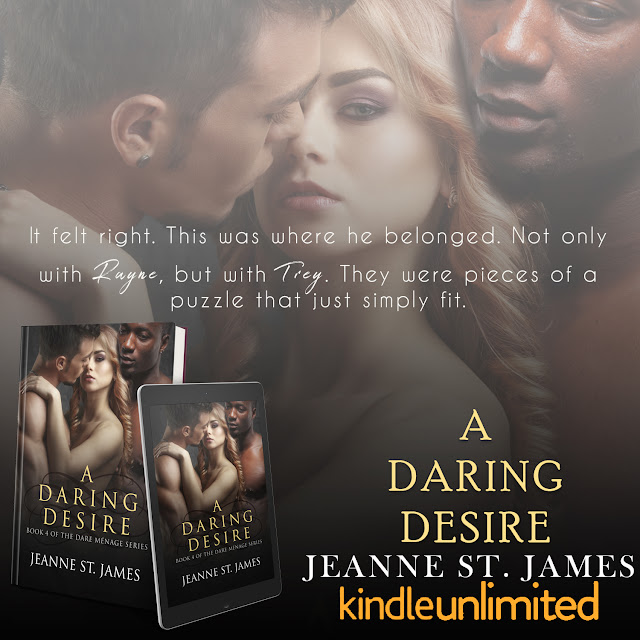 Rayne’s eyes slid sideways to the man in her passenger seat. No doubt he was feeling good. She then peeked in her rearview mirror. And so was the one in the back.

The later the evening became, the looser the men became. Not that Trey needed any help, but Gryff? Yeah, he needed the booze to get the stick out of his ass and contemplate Trey’s suggestion of the three of them hooking up.

Amazingly enough, Trey had talked them into going back to his place. It surprised her when Gryff agreed. Still, she had no idea where things would go from there.

But whatever happened tonight, she was all in. How could she not be? Two handsome, hot, successful men. Anyone in their right mind wouldn’t say no. Of course not.

The only issue looming? Gryff was her boss and Trey her client. That may be not only an issue, but a big one. And possibly the fact that she was the only one a hundred percent sober. Not that either of the men were sloppy or falling down drunk, but they both seemed loose and happy. Besides, it was nice to see Gryff like that. The more he smiled and laughed, the more Rayne couldn’t help but fall for him.

Which, again, reminded her of the not-so-small matter of him being her boss. Damn.

He didn’t stick his dick in company ink.

No, that wasn’t right.

He didn’t stick his pen in company pussy.

Nope. Not right either.

Well, either way, it was too late. His cock had been inside her and they both had liked it. Really liked it. Once wasn’t enough for her. And from what she could tell, not enough for him either. 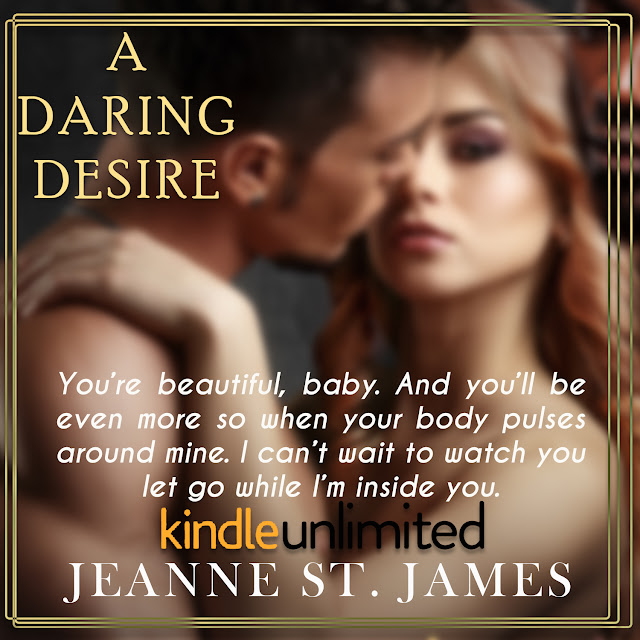 Are you looking for a read that will cause you to overheat and leave you yearning for more?

Then I highly recommend you pick up A Daring Desire.

I enjoyed A Daring Desire from start to finish. The sexual tension grabs you right from the get go and it only builds. Each individual is strong, independent, and knows what they want. When they get together the passion goes off the charts.

What I loved most is Rayne, she's a woman that know who she wants and isn't afraid to make things happen. She gets her men right where she wants them and she's one happy woman.

Gryff isn't exactly sure about Trey but he can't deny there is something there. And when he finally takes the jump, he's all in. Trey is a man on a mission when he fest lays eyes on both Rayne and Gryff and doesn't take no for answer. You can't help but love a man that isn't afraid to take a risk.

A Daring Desire is book four in the Dare Menage series, but can enjoy it without reading the previous books.

So if you like naughty, sultry, and excitement in your reads, then I highly recommend you pick up A Daring Desire and let these three make your knees weak and your panties melt. 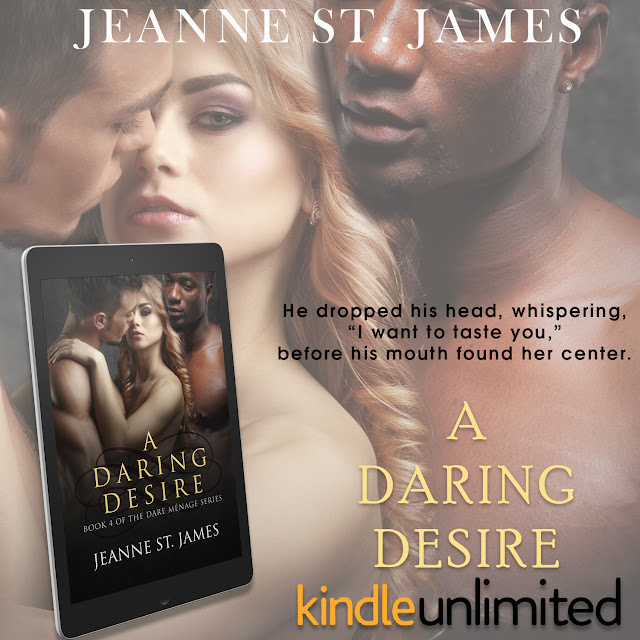 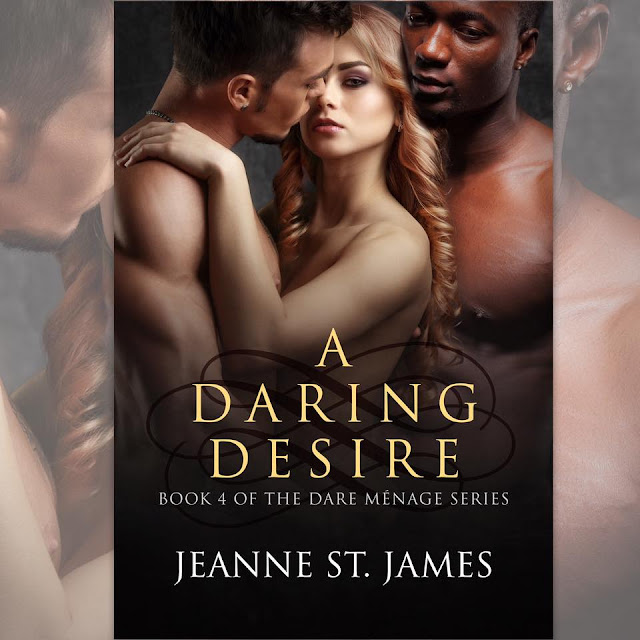 Follow the tour here for exclusive excerpts and a giveaway!