They claimed her once. After seven years in the military, they're home. Now, they'll claim her again.

Rory and Cooper haven't forgotten Ivy. She is the one for them, the one who became theirs one starry night before shipping off to boot camp. They didn't expect seven years to pass before they saw her again. She's changed, has secrets. But they don't care. They'll do everything they can to make her theirs. Because in Bridgewater, one cowboy is never enough.

Warning: Panty melting! Take Me Fast is book 3 in the wildly dirty series where two obsessed alpha cowboys track down the woman they claimed one starry night. This standalone HEA is all about her - no M/M. 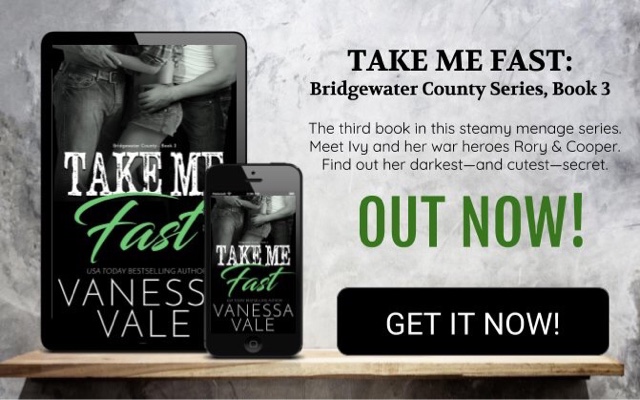 Welcome back to Bridgewater!

Rory and Cory are back after serving in the military and they are ready to settle down. And now they aim to claim the one woman they have always wanted. But the only problem is that they need to find her since she left Bridgewater after high school and never returned.

Ivy spent one night with the two men that she had always wanted before leaving for college. That night changed her in more ways then she expected. But now years later, she's got her routine and settled. However she's about get a surprise she always wanted but didn't think would happen.

The connection between the three is just as intense as it was way back then. Ivy is scared to take a chance on a real relationship with them, but Rory and Cory vow to show Ivy just has wonder a life together can be. But Ivy has a secret that could derail everything.

Will they be able to finally claim the life they always wanted or how too much time passed? And can Rory and Cory forgive Ivy for keeping the secret from them and embrace it?

Oh wow! Take Me Fast is a sensual second chance romance that will believing in love always finds a way. I love how Rory and Cory don't let anything stand in their way with their woman. And even after the curve Ivy throws them, they still do whatever it takes to make their relationship work and last.

Ivy is a strong woman that won't back down when is striving to have a stable, happy life. And when is decides to take a chance on a happy ever after with Rory and Cory, she jumps in with both feet.

Take Me Fast is a captivating, sizzling, quick read that bewitches the reader from start to finish. It's a dazzling second chance romance that is hot and sensual. 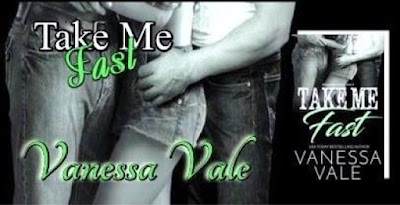 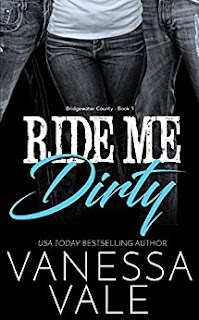 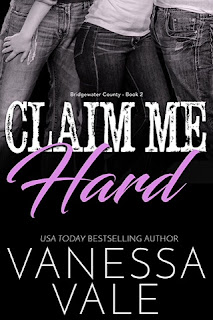 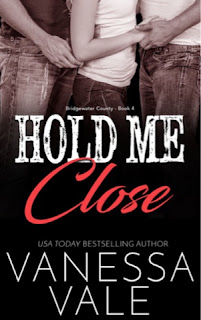 Vanessa Vale is the USA Today bestselling author of over thirty books, sexy romance novels, including her popular Bridgewater historical romance series and hot contemporary romances featuring unapologetic bad boys who don't just fall in love, they fall hard. When she's not writing, Vanessa savors the insanity of raising two boys, is figuring out how many meals she can make with a pressure cooker, and teaches a pretty mean karate class. While she's not as skilled at social media as her kids, she loves to interact with readers. 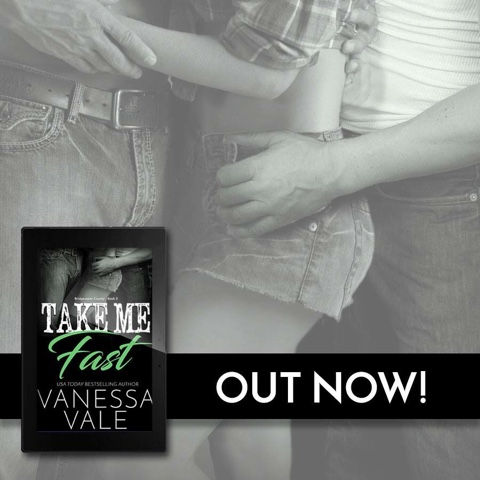