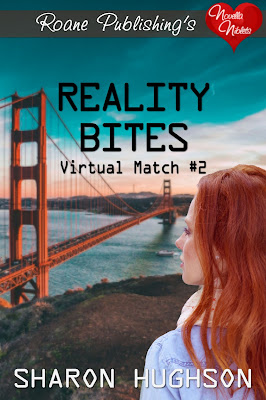 Ronnie wanted a Virtual Match, until she fell for the guy on the other end of the texts and emails. After real-life dating for only a few weeks, things start to heat up. Ronnie’s crazy family gets crazier, and her therapist gives her an ultimatum.

Marcus teeters on the edge of falling in love, but when he learns Ronnie’s secret, he’s afraid of moving too fast. The idea of life without her terrifies him more than anything else.

Ronnie runs back to the safety of her career, but can her heart ever be free from what Marcus has awakened? 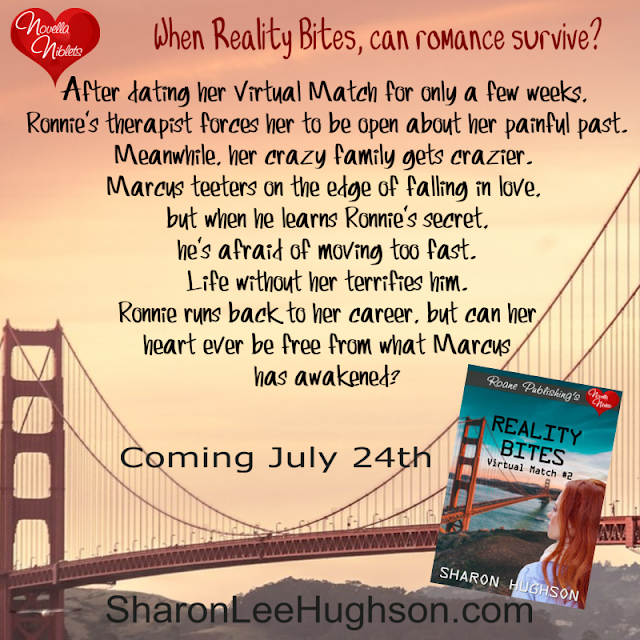 With gentle fingers, Marcus tilted her chin up and stared into her eyes. “What do you need, Veronica?”

Her chest heaved, but she twisted away from him, paced down the hallway. She leaned against the wall across from the door to her apartment. “My family’s a mess. I’m a mess.”

He stepped toward her, and his toe collided with the leg of a barstool. He stumbled, and the wooden back gouged into his shoulder.

He sucked in a breath but kept moving forward. Veronica needed him. His breath came in gasps, but he stood inches in front of her.

She sighed, closed her eyes, and leaned her head against the wall.

Her eyes popped open. The intensity in the green-flecked depths sucker-punched him. “I don’t know if I’ll ever be ready.” Her chest shuddered. “To give you want you want.”

“I’ll wait.” He cupped her flushed cheek in his palm. “You’re worth it.”

The words barely registered because Veronica stepped into him. Every luscious curve pressed along the front of him. He covered her peachy lips with a hungry kiss.

Their mouths opened, tongues serenaded with languished strokes. A moan vibrated from the conjoined chest. His or hers?

His hands slid up and down her back, plunging into the thick curls at the nape of her neck. Pounding in his ears nearly drowned the voice chiding him for wanting to explore her entire backside. Her soft firmness wreaked havoc on his self-control. He wanted her, and parts of his body screamed the fact.

She shifted her hips, and he pressed into her center. Pleasure shuddered through him.

A little gasp from her lips made his heart stall. She leaned away and temperate air from her apartment cooled his passion a fraction.

“Veronica?” He licked his lips at the sight of her just-kissed mouth. His heart sped like a runaway train.

“I thought—” She stepped back until the wall halted her.

A yowl sent Marcus into a defensive stance. Veronica’s cat wove between her shins, glaring at Marcus with wide green eyes.

“Hey buddy.” Marcus’ voice sounded husky to his ears. Usually, he’d squat down and converse with Major, but he was physically hindered. “Don’t be jealous. You’ll get to sleep with her later.”

Heat flushed through his chest and face. Good Lord. Did I just talk about sleeping with her?

Veronica’s slender fingers pressed against his lips, a sort of resolution darkening the amber flecks in her eyes. “I’m not ready. There’s so much going on with my family, and I hate burdening you with it. You deserve…”

Marcus drew back. His body and soul ached for her, but he didn’t want to do anything to make her relive the trauma of her abuse. 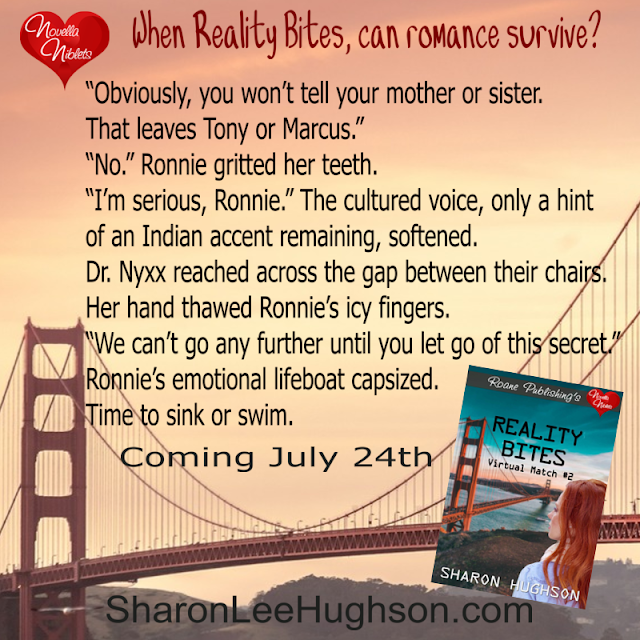 Translating wind-whispered concertos into fiction, Sharon Hughson writes romance and young adult fantasy, living out her lifetime dream and calling it “a job.” After being saved by The Chronicles of Narnia as a teenager, S.L. decided escaping reality alone isn’t nearly as delightful as sharing those make-believe worlds with friends. To that end, she invites you to enter her story realm and fall in love all over again.

Even after twenty-some years married to her high school sweetheart, she enjoys the hearts-a-flutter rush from a well-told romantic tale. S.L. resides in Oregon with her husband, sons and three cats.