Greed has never been hotter. 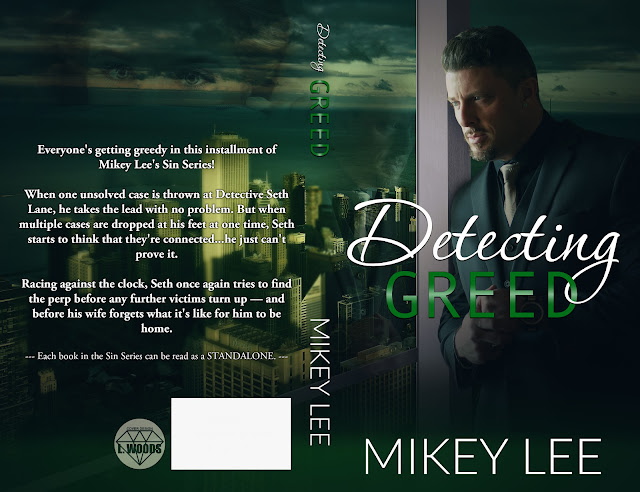 Amazon US | Universal
Free with #KindleUnlimited!

Everyone's getting greedy in this installment of Mikey Lee's Sin Series!

When one unsolved case is thrown at Detecting Seth Lane, he takes the lead with no problem. But when multiple cases are dropped at his feet at one time, Seth starts to think that they're connected...he just can't prove it.

Racing against the clock, Seth once again tries to find the perp before any further victims turn up — and before his wife forgets what it's like for him to be home.

--- Each book in the Sin Series can be read as a Standalone.

Each book is a Standalone - all in #KindleUnlimited!

Mikey and his wife live happily in West Virginia, where he tries to make his wife fall in love with him every day. He also talks in his sleep. He has been so humbled by the support of readers, bloggers and other authors.