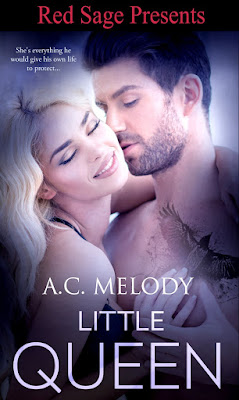 The bliss Reyna and Corbyn found in their unique Úlfr engagement is quickly forgotten as their ongoing conflict grows just as passionately as their hearts and desires. Reyna needs her independence and reassurance that their feelings are real. Corbyn needs to keep her safe, and for Reyna to accept him as her mate once and for all. If only their enemies would give them a moment to sort out their relationship woes, but it seems their only interest is to tear the new Wolf King and his would-be Queen apart. With the clock ticking toward inevitable war, Corbyn's worst fears are realized when someone ups the ante, striking at his mate from the one place he never saw coming.

Frightened and angry, Corbyn rushes Reyna to the Elders, only to end up on their healing table next. After the back-to-back horrors, Reyna realizes she needs to make a crucial decision that will change their lives forever... and possibly save them. Fate decides to put that to the test immediately, drawing them right into enemy territory where Reyna will finally discover what's become of Jesse and gets an unexpected audience with real Úlfrinn royalty.

Just when it seems they've found solid footing at last, their world is shaken in a horrific homecoming of bloodshed and betrayal. Their greatest fears can no longer be ignored, as they find themselves facing the evidence of their arrival... along with a living Nightmare. Can Corbyn trust his Little Queen to make the right decision for herself and their entire pack, or will he lose everything he's ever loved in one fateful night? 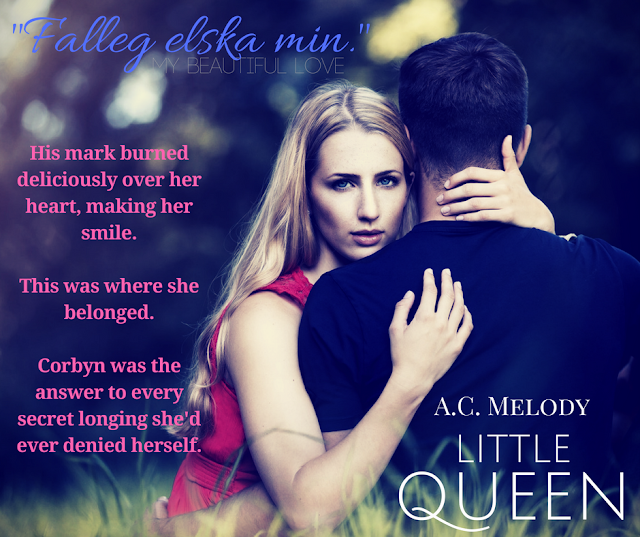 “Reyna.” Benny nodded at her. “It was very nice meeting you. Let me know if you ever change your mind about sticking this man in a cage.”

She chuckled and accepted the partial embrace from the older man.

“Guess I better be on my best behavior,” Corbyn said.

“Damn good time to start, Bruschard!” he called after them.

Waving above his head as they walked away, Corbyn grinned at Reyna and pulled her closer to his side. Returning to the club was a pleasant relief, but heaven was found when they stepped out into the fresh afternoon air and the more tolerable noise of the city. Reyna inhaled deeply, closing her eyes to feel the warmth of the sun on her face. More heat enveloped her with the hand Corbyn used to cup her cheek. Backing her into the wall, he feasted on her mouth, his grip tightening possessively.

“A thousands times over, I will make that up to you, falleg,” he vowed. “I thought I lost you today. That wasn't how I wanted to show you how grateful I am that I didn't.”

“Corbyn, I'm the one who insisted on coming here,” she reminded him, blinking to clear her blurry vision.

“If I would've just told you the truth.” He shook his head.

“I still would've insisted, just to sate my curiosity,” she admitted.

Studying her face, Corbyn pressed a soft kiss to her lips again. “I have no idea how I got so damn lucky,” he confessed aloud.

“Oh, I'm only in it for the thousand-times-over repayment plan.” She smiled coyly.

Laughing, he kissed her loudly, almost playfully on the mouth, before his expression turned carnal. “Can I repay you in orgasms?” 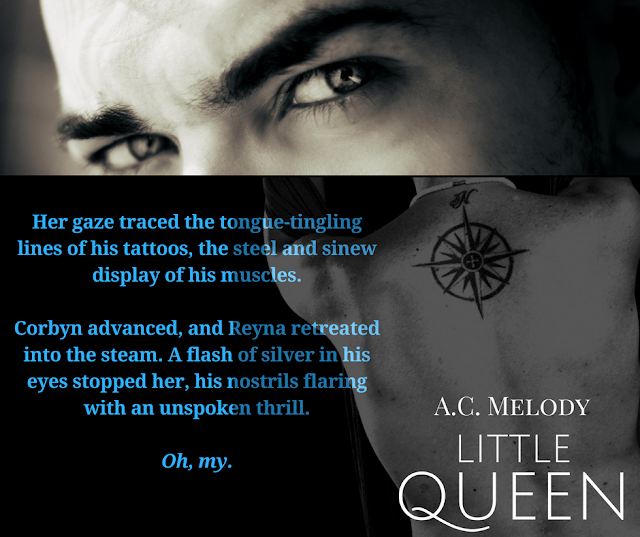 A.C. Loves interacting with readers and fellow authors, so make sure to stop by one of her favorite haunts below to say Hi!

Check out the stops on this blast for additional chances to win!