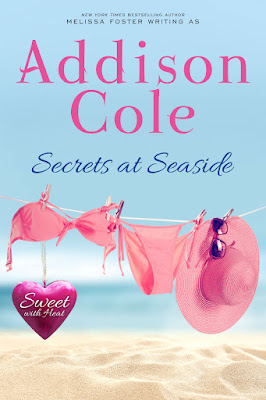 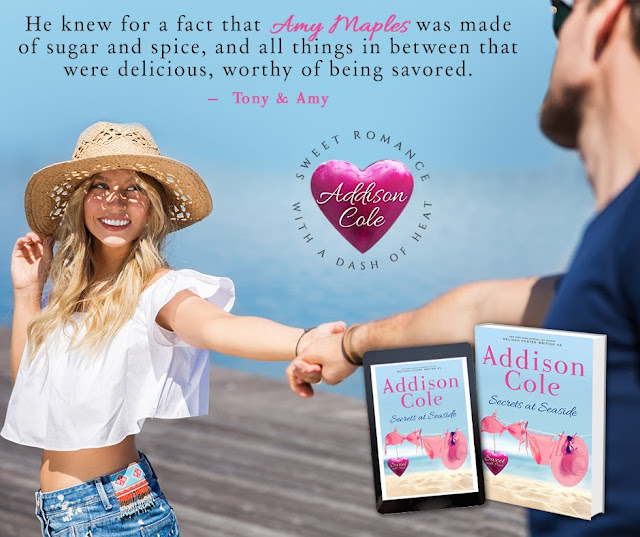 In Secrets at Seaside…

Tony Black is the hottest surfer on the planet. He travels the world throughout the year and spends his summers on Cape Cod with his friends, at the Seaside cottages in Wellfleet, Massachusetts. He’s got his choice of women, but Amy Maples is the one he wants. Fourteen years ago she was his for an entire summer, until a devastating accident changed everything, and what they had seemed like it had never existed–at least for her.


Amy Maples is as consistent as the day is long. She’s spent summers on Cape Cod forever, she always does the right thing, and she’s spent years trying to reclaim the heart of Tony Black, the only man she’s ever loved. She’s back for a summer of fun with her friends at Seaside, only this year she’s been offered the opportunity of a lifetime thousands of miles away, and she’s decided to try one last time to reconnect with Tony. But having a relationship with Tony means dealing with her past–and dealing with her past may knock her to her knees.


Secrets at Seaside by Addison Cole is the sweet edition of New York Times bestselling author Melissa Foster’s steamy romance novel Seaside Secrets. The stories and characters remain the same and convey all of the passion you expect between two people in love, without any explicit scenes or harsh language. 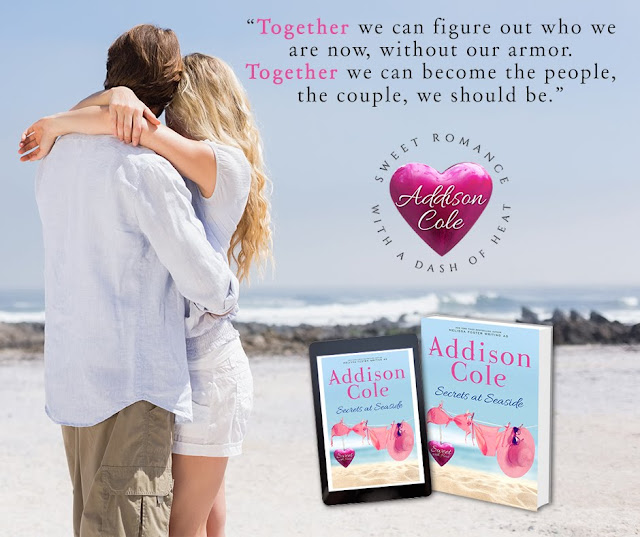 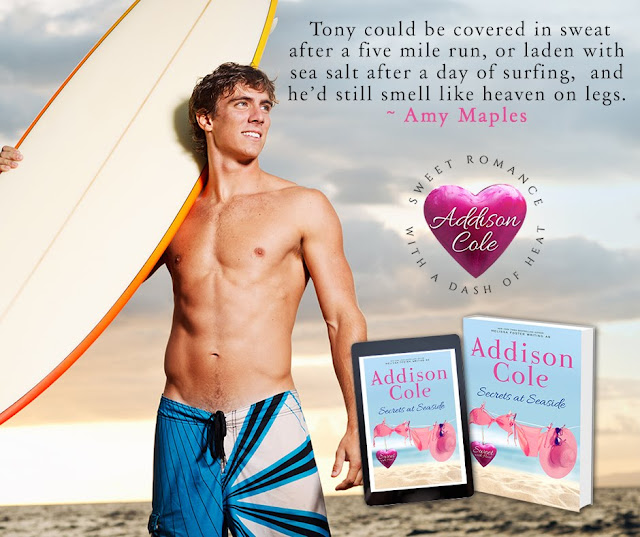 
Amy tucked her straight blond hair behind her ears and moved her shoulders to the slow beat of the music. “I’m not sure being here for the summer is smart anyway. It’s like torturing myself.” She stopped dancing at the thought of not coming back to Seaside for the summers. Could she really do that? Would she even want to? Could she survive not seeing Tony even if she knew for sure he didn’t want her?

This was why she had to figure out her life and make a change. She was becoming pathetic.

She sensed Tony’s eyes on her again and forced her hips to find the beat as Bella and Leanna danced closer. “It might be time I move on,” she said more confidently than she felt.

“Move on from Tony?” Bella took her hand and dragged her back toward the table with the others on their heels.

Amy saw Tony’s eyes narrowing as they hurried past. Why was he so angry all of a sudden?

“He’s so into you, he won’t let you go.” Bella elbowed her as they took their seats. “He texts you almost every day.”

“Yeah, with stuff like, Won another competition and Check me out in Surfer Mag next month! He texts me when he’s going to miss an event at Seaside. He doesn’t text me because he misses me or wants to see me.” Tony had started texting her during the summers when they were teenagers, because Amy was the only one who checked her cell phone when they were at the Cape, and at some point, those summer texts had turned into a year-round connection. He’d stopped texting her for a few years when she was in college and he was building his surfing and speaking careers, although she knew the real reason he’d stopped, and it had nothing to do with either. After she’d graduated from college, he’d begun texting again. She hadn’t known why he started up again, and after having been without that connection for so long, she didn’t ask. She was just glad to have him back. Since then, she’d become his habit, but not exactly the type of habit she wanted to be.

“It’s not like what each of you have. I want that, what you have. I want a guy who says I’m the only woman for him and that he can’t live without me, like your guys say to you.” I want Tony to say that.

Seeing her girlfriends so much in love was what really drove home how lonely Amy had become over the past few summers.

“I think he takes care of you like you’re his. I mean, how many guys text to say they saw a kitty pajama top you’d look adorable in if they aren’t gay or interested?” Bella shifted her shoulders in a Yeah, that’s right way.

“I’m probably the only woman he knows who wears kitty pajamas. He was teasing me, not being flirty or boyfriendish.” Was he? No, he definitely wasn’t. There had been times when Amy had thought Tony was looking at her like he was interested in a more intimate way, but they were fleeting seconds, and they passed as quickly as he’d taken his next breath. She was probably seeing what she wanted to see, not what he really felt, and she’d begun to wonder if she’d really loved him for so long, or if he’d become her habit, too.

“You know, he’s never brought another woman to Seaside.” Leanna’s loose dark mane was wavy and tousled. With her golden tan and simple summer dress, she looked like she’d just come from the beach. Her gaze softened in a way that made Amy feel like she wanted to fall into Leanna’s arms and disappear. “And look how he treats you. He’s always got an arm around you, and when you drink too much at our barbecues, he always carries you home.”

Amy wanted to believe them and to see what they apparently saw when he looked at her, but she never had. It was the secret memories of being in Tony’s strong arms that long-ago summer, feeling his heart beat against hers, feeling safe and loved, that made her hopeful there would come a day when they’d find themselves there again. But then her mind would travel to the end of those recent nights when she’d had too much to drink and he’d carried her home. When he’d tucked her into bed and gone along his merry way back to his own cottage across the road, quickly dousing her hope for more with cold reality. Whatever they’d had that summer, she’d ruined. 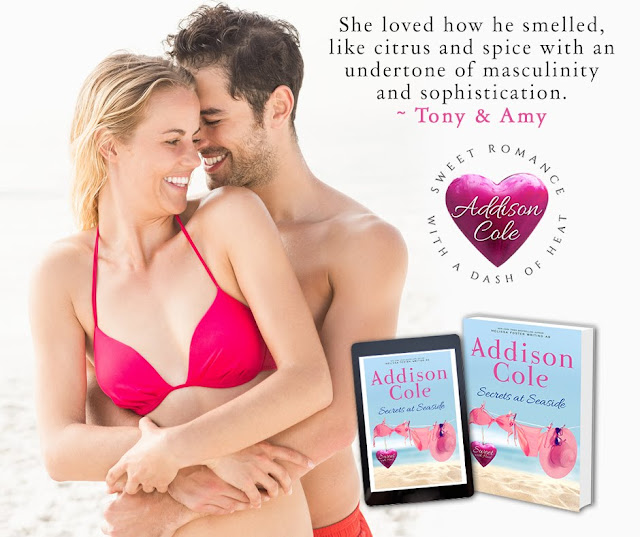 Secrets at Seaside by Addison Cole was a beautiful and heartfelt read. ~ Irene

Secrets at Seaside is a touching and emotional story that had me tearing up and reaching for the tissues. ~ Tracy Flick

The hallmark of a good romance are the moments to cherish from beginning to end. Heat has nothing on heart. Ms. Cole made sure to deliver an equal amount of both. ~ Isha Coleman

Secrets at Seaside is a sweet and beautiful second chance, friends to lovers, romance that takes your heart on an emotional rollercoaster ride. ~ Lucia

This story is full of tragedy, forgiveness, passion and plenty of romance. You never know what to expect from the girls of Seaside, so prepare to see some shenanigans pop up while reading.  ~ Stephanie (Between the Coverz) 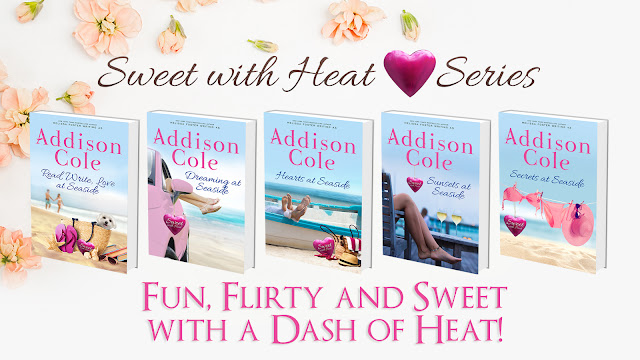 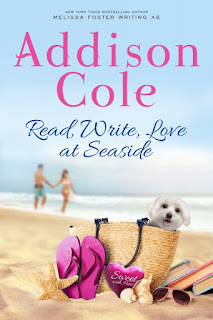 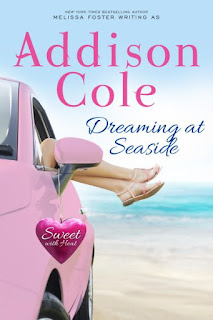 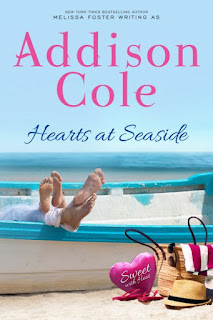 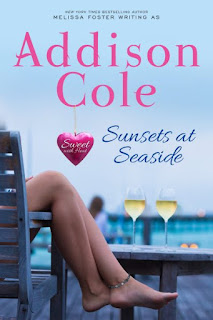 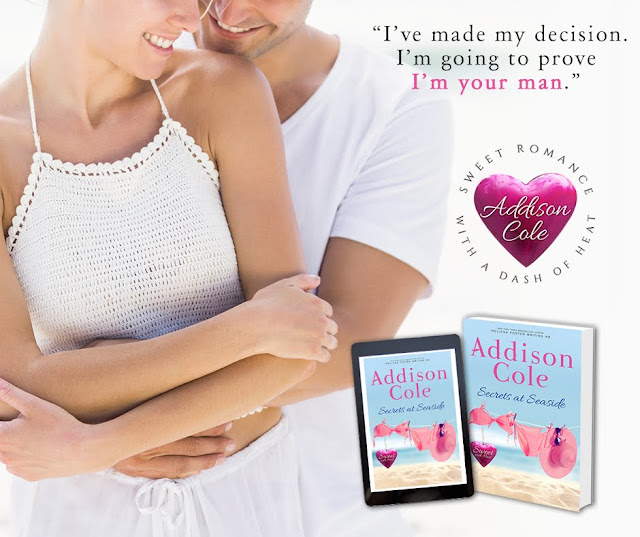 Addison Cole is the sweet alter ego of New York Times and USA Today bestselling and award-winning author Melissa Foster. She writes humorous and emotional sweet contemporary romance. Her books do not include explicit sex scenes or harsh language. Addison spends her summers on Cape Cod, where she dreams up wonderful love stories in her house overlooking Cape Cod Bay.

Addison enjoys discussing her books with book clubs and reader groups and welcomes an invitation to your event.

Addison’s books are available in paperback, digital, and audio formats. 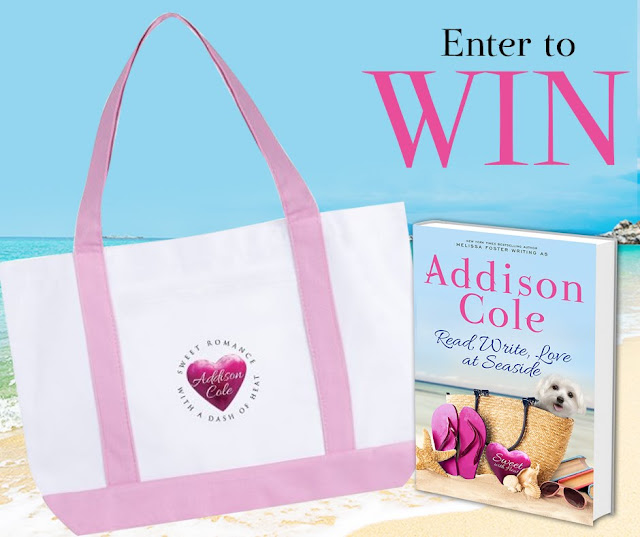 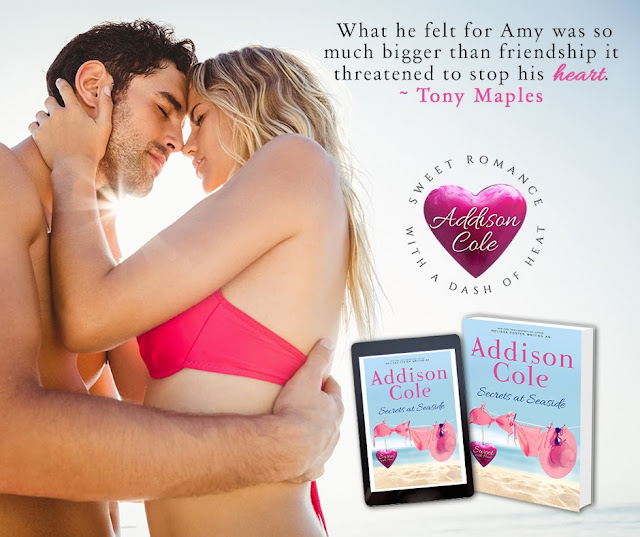