Get in the spirit of Christmas with this brand new, stand-alone romance from Donna Grant! 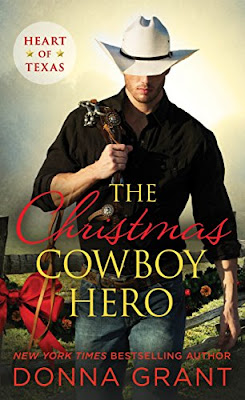 'Tis the season for ex-Navy SEAL Clayton East to come home for the holidays-even if the mood at home is anything but festive. His father is ill. The East Ranch is in financial trouble. And now it's on Clayton, the prodigal son, to make sure his family doesn't lose everything.

Headstrong Abby Harper is like a mother to her younger brothers, who she's helped raise since she was a teenager. Keeping them in line is no small task while she's also working toward her college degree. And now that one of her brothers has been arrested for stealing cattle at the East Ranch, Abby is at her wits' end. But there is a silver lining: Clayton East. He believes in second chances, and is willing to give one to her brother this Christmas. Letting beautiful Abby-and the inescapable longing in his heart-off the hook, however, is a whole 'nother story. Could it be that the woman of this local hero's dreams has been back at home all along? 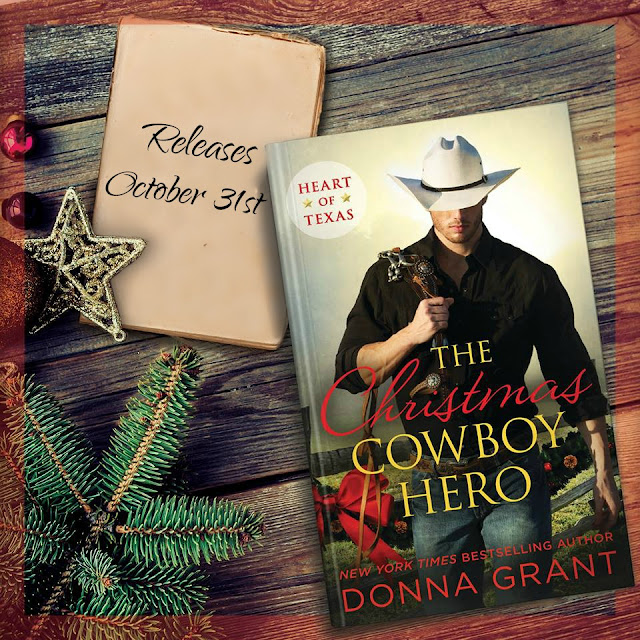 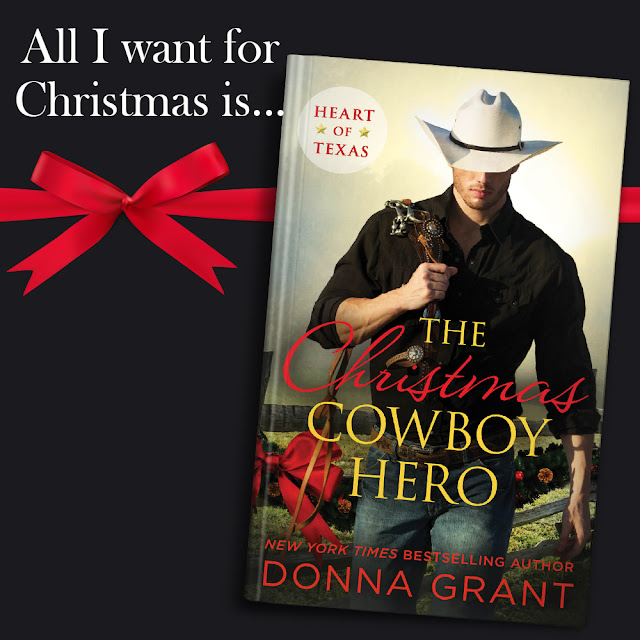 As soon as Abby saw the mare, the smile that pulled at her lips displayed her joy. She oohed and ahhed over the horse.

“Her name is Diamond.”

“Diamond,” Abby repeated as she stroked the horse’s neck. “It fits you.”

The mare had fallen for Abby almost immediately, and Clayton could understand why. There was something about the woman that drew people and animals. She was quiet and unassuming. He suspected that might be because so many people overlooked her. That was their loss because there was so much about Abby that was intriguing.

“You’re staring,” she said as she cut her eyes to him.

She paused in her caress of the mare. Then she took a step back, and then another and another before she turned and walked away.

He frowned as anger spiked through him. He’d moved too fast. Abby was like a spooked mare. He should’ve trodden slowly. Earned her trust first.

When Abby reached the back of the barn, she stopped and looked at him over her shoulder. It was the seductive curve of her lips that halted his thoughts. As soon as she turned the corner, he started after her.

His blood rushed through him in a frenzy before pooling in his cock. With his heart beating furiously, he found her leaning back against the barn.

Clayton stood before her. His palms ached to feel her skin, to hold her glorious curves against him. He couldn’t seem to catch his breath, and as he took a step closer to her, he realized that it had been years since he’d hungered to kiss anyone as he did Abby.

Her lips parted, drawing his attention to her mouth. The longing he’d suppressed for days consumed him. He took the final step that brought their bodies close. The soft light from over the barn couldn’t reach them in the shadows.

He held her gaze and put a hand on her waist before slowly pulling her against him. Her palms landed on his upper arms. Then she lifted her face to him. That’s all it took to push him over the edge.

Clayton lowered his head, her eyes drifting shut right before their lips met. He softly plied her mouth with light kisses until her hands moved up his arms and twined around his neck. When she sighed, he slid his tongue against her lips.

As her mouth opened, and their tongues met, need coursed through him. The desire, the yearning to have her seized him, overwhelmed him as the kiss deepened. He wound one hand into her long hair while his other splayed over her back. With each lick, each sigh, each moan, the hunger grew. Without a doubt, he had to have her. Not because he was in need, but because he ached for her.

But now wasn’t the time. He wouldn’t have their first time together be against the back of the barn in the shadows so no one saw them. He wasn’t ashamed of Abby, and he wanted her to know that. He cared about her.

That in and of itself shocked him, but he accepted it. What choice did he have, really?

Clayton knew he had to end the kiss now before he was past the point of no return. Already he was circling down that drain. He forced himself to pull back. Then he saw her heavy-lidded eyes and the way her chest heaved.

He ran his thumb over her swollen lips and briefly thought of picking her up and riding somewhere where no one could find them. Luckily, there was enough sanity left in him that he was able to keep dominion over his desire.

“Why did you stop?” she asked.

He was glad she didn’t know how easily she could’ve broken through his restraint by simply pulling his head down for another kiss. That’s all it would’ve taken. He wanted her so badly he shook with it.

“I’m already walking a tightrope, Abby,” he confessed. “If I keep kissing you, I won’t stop.”

He groaned at her husky words. If he wanted to stay in control, he had to reason with her, and he knew just the thing to say.

“You don’t want your brothers finding us, do you?”

Just as he expected, it was as if she were doused with cold water. “Or your parents.”

He forced a smile even as he missed the sexy woman who had been begging for more kisses a moment before. But he’d find her again soon enough. “Exactly.”

“It’s been a long time since I’ve kissed anyone.”

“Their loss. My gain.” And damn if he didn’t feel male pride at having her in his arms.

She glanced at the ground as she smiled. Then her gaze met his as she pulled her hands down to rest on his chest. “Be careful, Clayton East, I might realize you’re a good guy.” 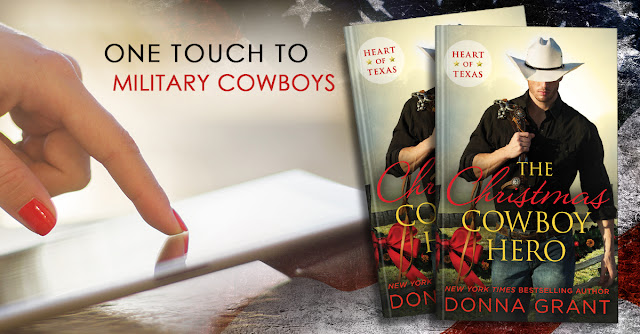