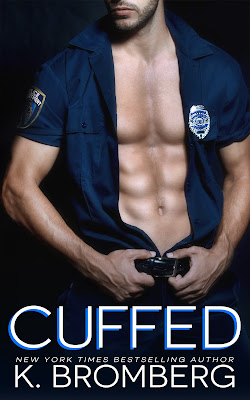 From the New York Times bestselling author, K. Bromberg, comes a new series about three brothers, the job that calls them, and the women who challenge them.

“I hate you. I never want to see you again.”

Grant Malone is not the reason I moved back to Sunnyville—at least that’s what I tell myself. Yet, those parting words I said to him back in third grade, ring in my ears every time a townsperson brings up one of the Malone boys. I thought time had healed my wounds. I was wrong. Nothing could have prepared me for how I felt when I finally saw him again.

Twenty years does a lot to turn a boy into a man. One who hits all my buttons—sexy, funny, attractive, and a police officer. But Grant is off limits because he knows too much about my past.

But I’m drawn to him. That damn uniform of his doesn’t hurt either. It’ll be my downfall. I know it. What’s one night of sex going to hurt . . . right?

That’s why I’m shocked to see her all these years later. The shy girl I once knew is all grown up.

Adventurous and full of life, she owns my heart now, just as much as she did back then. Convincing her of that is a whole different story.

I’ll give her the one night she asks for—like that’s a hardship—but when it comes to letting her walk away after, she has another thing coming. There’s no way in hell I’m letting her go this time without a fight.

When Emerson Reeves left years ago she never expecting to return, but her now she's back. Her nomad life has then the only thing she's known for years so settling down and growing roots is a new concept for her.

Many say Grant Malone has a hero complex and given his career maybe they are right. He takes his job seriously... protect and serve.

A chance encounter brings these two long lost friends back together. They have a connection that still stands after all these years, but there also is an attraction neither expected.

As they spend time together reconnecting, memories start to surface for Emmy she rather forget.

Can they work together to get over the past and embrace a future? Or will the past be too much and cause Emmy to run and never look back?

Cuffed is an intense, emotional, passionate, second chance romance that will take the reader on a journey they never will forget.

I didn't really know what to expect when I picked up Cuffed, but in the end I was glad I did pick it up. I was enraptured right from the start and didn't want to see it end.

I loved Grant's personality, passion, and most of all his heart. Emmy's a stronger woman than she believes she is. Given her past you wouldn't expect that to be case, but she's a fighter and a survivor. Their past brings them together, but it's their present is what their future is built upon.

And the sexiness? Hot damn! Grant can make heart stops and panties melt with his sexy smirk and tight abs. He can handcuff me to the bed any time he wants.

Cuffed is a story that I would highly recommend not just for the sexiness, but for the deep emotional journey it takes you on. Kristy has a knack for weaving a story that is intense and profound leaving the reader with a serious book hangover. 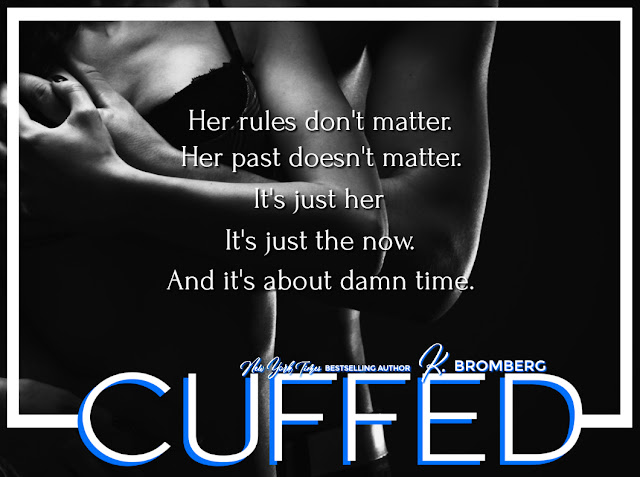 She loves to hear from her readers so make sure you check her out on social media or sign up for her newsletter to stay up to date on all her latest releases and sales here. 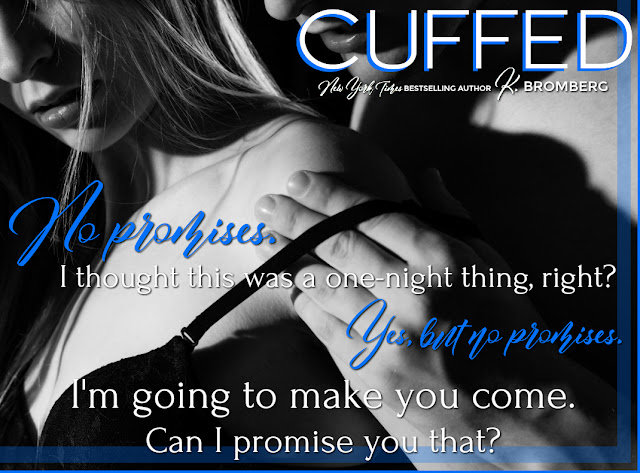