Suzanne will be giving away two ebooks of Watched to two lucky winners. Please use the Rafflecopter below to enter. Remember you may increase your chances of winning by visiting the other tour stops. You may find those locations here.

Newly divorced Professor Evie Brown notices her student Cameron Slade and how attentive he seems, so totally unlike her ex-husband. Cameron is also delicious to look at, all taut body, broad shoulders, and hot eyes. He’s forbidden territory, but one late afternoon as she pleasures herself in an empty lecture hall, she looks up to find she’s not alone. He’s there…watching her.

I wipe clean the whiteboard, enjoying the push of the felt, swinging from side to side as I move, the squeaking sound it makes as it erases the past three hours’ worth of hard work. An image replays over and over—that unexpected reveal of Cameron’s torso—a handspan of bareness, the grooved shadow of muscle. It was a shock to the sterility of that lecture hall. My mouth waters. Bare, taut skin—that male skin, so much rougher, harsher than a woman’s.

I replace the lids on the markers and switch off the projector. Alone. Facing late afternoon emptiness.

If Cameron were to give me something I’d like... I’d like him, close to me, all sweet-sandy raw male youth, at my knees. Male.

I swallow back the desire that is starting to slither through me, stroking the space between my neck and collarbone. Cameron. I picture the way he ran his hands through his lightly gelled hair, the bulge in his arms as his hands extended behind his head. The soft curve of his lower lip. That vulnerable stretch of torso that was making my mouth salivate like a beast before its slaughter. 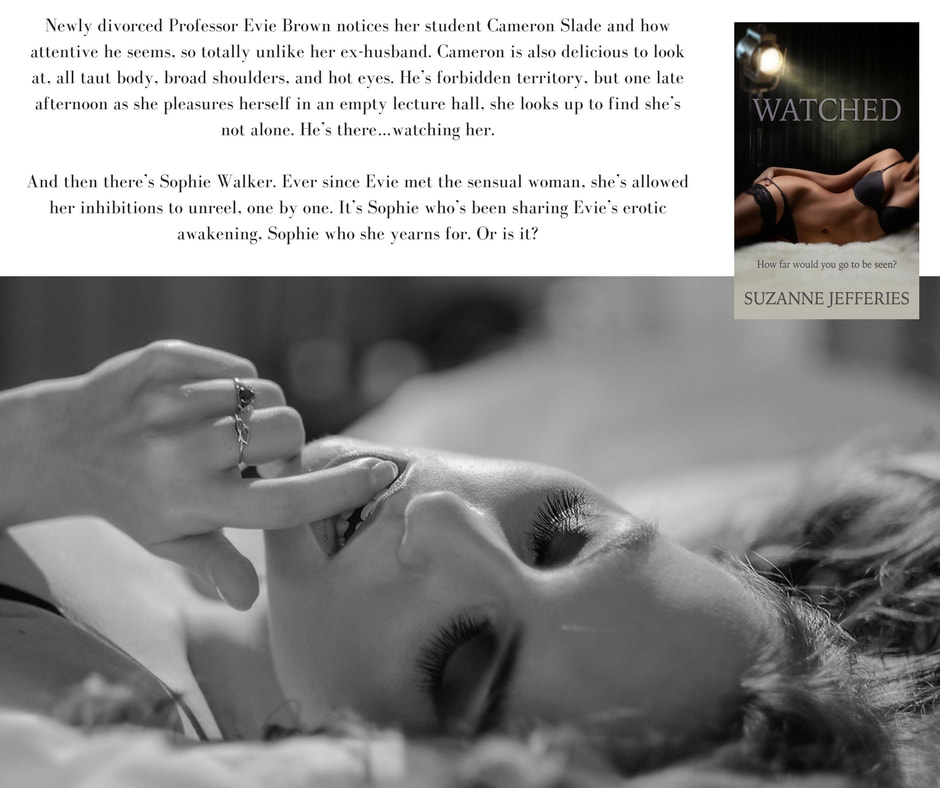 Suzanne Jefferies loves to write romance. As a member of ROSA (Romance Writers of South Africa), she knows that she’s not the only believer in romantic tension and emotional power smacks to keep the romance reader hooked. A movie fanatic, she spends most of her time as a writer-for-hire. Working in communication, she has done more than her fair share of corporate and investor PR, and now freelances in between editorial jobs for big. glossy company magazines. The Joy of Comfort Eating, her first contemporary romance novel, won the 2016 Imbali Award for excellence in romance writing.