Release Boost ~ Chosen By The Senator, Under Alien Law #3, by Jaye Peaches 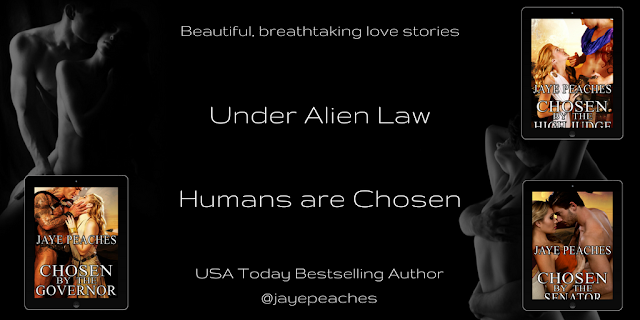 The only human on an alien world,
Paige can choose to obey Jamen, but will she? 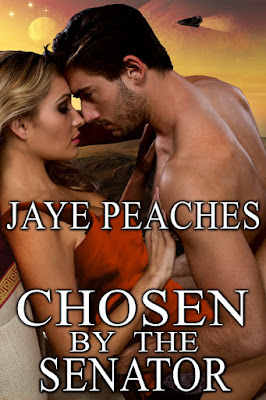 With her career prospects on Earth in jeopardy due to a corrupt mayor’s plan to blackmail her, college student Paige Lester decides to accept Senator Jamen Hosta’s offer of a job as his assistant, even after the powerful, handsome Vendian makes it clear he will require not only that she submit to his strict correction, but that she surrender her beautiful body to him as well.

Though she is shocked by his demands, Paige is deeply aroused by Jamen’s bold dominance, and soon she is writhing in ecstasy as he takes her longer and harder than any man from Earth ever could. Upon reaching his planet, a sound spanking for disobedience during a humiliating medical exam quickly demonstrates that Paige’s new life will be very different from the one she left behind, but will she one day find a place for herself in this foreign world… and in Jamen’s heart?

Publisher’s Note: Chosen by the Senator is a stand-alone novel which is the third entry in the Under Alien Law series. It includes spankings and sexual scenes. If such material offends you, please don’t buy this book. 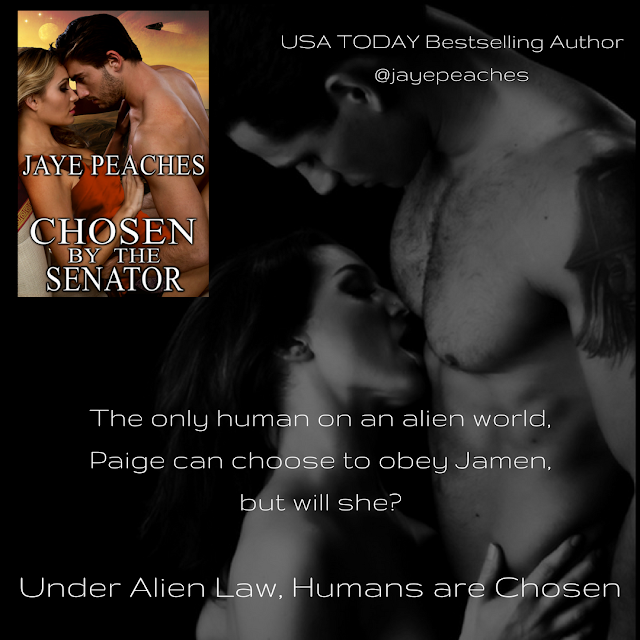 “Okay, okay,” she said breathlessly. “You’ve punished me. I’m sorry I made you stop work.”

He rested his hand on her hot ass, which quivered in response to his touch. “You think that is sufficient? I don’t think you understand, Paige. You’re going to have to dig deeper and find exactly what I want from you. Another six.”

There was no shriek or complaint. “Yes, sir,” she said quietly. “I don’t want to be punished any longer, but if you think more is necessary…” Her voice petered into a murmur.

“I do,” he said, hoping this would be the last set of spanks. If he had to spell it out to her, then he would have to work even harder at guiding her toward the level of submission he expected. Their relationship depended on her ability to adapt to the role of hanjin in its entirety or else how would she survive her time on Halos?