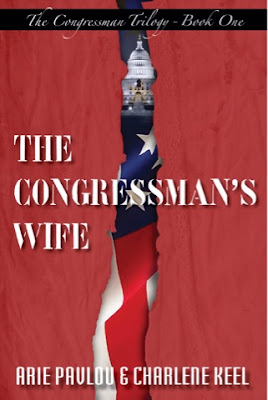 All Eden Bancroft has ever been to her high-profile politician husband is a trophy wife, born and bred for the part.  She believes she has no choice but to play it—until she meets a talented chef and restaurant heir who shows her the real meaning of love.

The more her husband uses and belittles her, the more deeply Eden falls for Kaleb.  Even with Mitchell’s congressional campaign in full swing, the lovers manage to find brief stolen moments together. When her husband is wounded by a bullet from an angry lobbyist, Eden must stay by his side.  What she learns can set her free, if she has the courage to take a stand.

“The beautiful wife of a would-be congressman falls for a sexy chef in this steamy debut novel . . . A spicy outing that should feed readers’ hunger for romance.” ~ Kirkus Reviews

“The Congressman’s Wife is a thrilling roller-coaster ride from beginning to end: fast-paced, sizzling with sex, yet constantly balanced on the edge of disaster . . . This is unquestionably one of the best books I have read . . .” ~ ReadersFavorite.com

“Your husband is an inconsiderate ass,” Sybil said over dirty martinis after their drive up the mountain. “Why do you put up with it?”

“Like I have a choice?” Eden had just told Sybil about her birthday dinner with the Romano brothers. “If I left, where would I go?  Mom’s still living in Texas, in a little two-bedroom house, with another woman.  There’s no room for me and the kids.  I guess I could take them to my dad’s—and they can get to know their thirty-year-old step-grandma.”

Sybil laughed. “It would serve him right if you showed up.”

She paused, searching for the right word.

“Even with the campaign in full swing?”

“Especially with that,” Eden said. “It’s nothing I haven’t done before, just on a bigger scale. I don’t think Mitchell can win and he’s spending so much money. At this rate, we’ll never get out of debt.” She blinked back the sudden, hot dart of tears before Sybil could see. “Still no reason to end a marriage.”

“Maybe when the kids are older.”

Eden finished her martini and signaled the bartender for another. “In ten more years, Rosie will be sixteen,” she said. “I’ll be almost forty-five. All the men my age will be looking for a younger woman.”

“So get a younger man. You need a secret boy toy. Be a cougar—it’s all the rage.”

“What about that hot young cook you met at the fundraiser?”

“Whatever. Did you call him?”

“No point. Mitchell and his campaign need my full attention, twenty-four-seven.  Any time I have to myself, I plan to sleep.”

“All the more reason you should have a little som’n-som’n on the side,” Sybil said.

“Oh, come on—you know that’s not me. I may flirt a little here and there, but when it’s time to deliver—I don’t.”

“Mitchell’s my husband. I took vows, you know.  For better or worse—”

“Blah, blah, blah,” Sybil interrupted. “So let’s just forget him, at least for the weekend. Tonight—starting in twenty minutes—full spa treatment followed by hot chocolate in front of the fire. Tomorrow we’ll get your silly antiquing done in the morning and your blasted autumn leaves out of the way in the afternoon, and then little Sybil’s going on the prowl. You can come along and watch.”

Politics is never easy, but having to pretend you're in a happy marriage only compounds the situation.

Eden's marriage is less than desirable and as the years have passed it seems to have gotten even more lack luster. She never wanted a love match but she did expect her husband to respect her. However it wasn't long after the nuptials she learned exactly why Mitchell married her. Being the strong woman she is, she sucked it up and made the most of it. The last thing she expected was the sexy chef that took her breath away.

Everything she never thought she needed was found in the arms of Kaleb. The love and intense passion was off the charts.

But she's a woman of her word and vows, she giving up Kaleb is what she thinks she must do. But when new information about her husband comes to light, will this be the push she needs to grab at the life she wants? Or will it be too late and she'll stay with Mitchell since Kaleb has already moved on?

The Congressman's Wife is an intriguing story filled with passion, love, and hope. I admired Eden and how she handles situations that come her way. Kaleb was sexy and he's desire to love Eden no matter the consequences.

Although I enjoyed this book, I felt it was a bit wordy in certain areas that if they had been cut the book would have flowed a little more smoothly. The sudden change of scenes were a little jarring, be it doesn't take away from the story.

Overall, I am glad I picked up this book. It's fun, exciting, passionate, and intense. Eden and Kaleb are a perfect match, bringing out the best in each other.

After reading The Congressman's Wife, I look forward to seeing what is in story for the rest of this series. 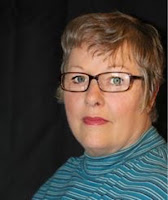 Charlene Keel has written over a dozen novels and how-to books as well as multiple episodes of popular TV shows such as Days of our Lives. Her Dell book, Rituals, was the basis for the first made-for-syndication soap opera. Recently she co-authored The Tracks, a YA supernatural trilogy. Shadow Train, the final installment, won a Paranormal Romance Guild Reviewer’s Choice Award. Keel has also written screen adaptations of novels by bestselling authors, and has worked as editor or managing editor for a few international magazines.  In her spare time she ghostwrites books and screenplays for celebrities, doctors, corporate moguls, spies, strippers and anyone who has an interesting story to tell.

Arie Pavlou is a popular chef who attended Le Cordon Bleu in Paris and then perfected his craft at some of the top-rated Michelin restaurants in France and New York. He has lived and worked in France, Cyprus and the U. S. and is an avid world traveler who speaks five languages.  He enjoys all sports and has a talent for knife-throwing, which he perfected at Le Cordon Bleu. Currently Chef de Cuisine at the renowned Bridgehampton Inn in New York, his specialties include Caramelized Baked Alaska, Winter Salad, Roast Lamb Fondue, Wild Game and Poached Pears with Mint Ice Cream. The Congressman’s Wife is his first novel, and he’s currently writing a cookbook.

a Rafflecopter giveaway
Be sure to visit all stops on this tour for additional chances to win.