Today I have the tour for Country Roads Series by Andrea Johnston!

Check out our post and grab your copy of the series today!

Bentley Sullivan hasn't found the one. He's always been the good guy - the gentleman. With one quick, and possibly irrational, decision everything changes. After a case of mistaken identity and a drunken kiss, Ben is convinced that the one is finally right in front of him. Only, she's untouchable.

Piper Lawrence has not been successful in love. Almost as quickly as she swears off men, he comes into her life. Her childhood crush and the man who has set the standards for every man she’s ever dated, he is also the one man she can’t have.

A single kiss changes it all.

Four years ago, I took the biggest risk of my life and it blew up in my face. I learned my lesson – love sucks.

Now self-preservation and protecting my heart have become second nature. But Jameson Strauss... he's my weakness.

Give me the occasional shot of tequila, a game of Truth or Dare, and I’ll do almost anything for that man.

Four years ago, I didn’t follow my heart. I let the one girl that consumed my soul walk away without a fight.

Now I go through the motions never truly living. But, the day Ashton Sullivan needed me was the day my world changed for the better.

Tequila, truths, and the occasional dare are all I need to show her how good we can be. Sometimes the truth is in the dare.

*This book may be read as a standalone but may also contain spoilers. Not intended for anyone under the age of 18*

Minnesota “Minnie” Walker has worked hard for the life she has – a close knit family, successful career, and long-term relationship. When a tragedy strikes, Minnie sacrifices everything to be there for her family. Never expecting a move to the small town of Lexington would change the course of her future, Minnie finds herself wondering if what she always thought was perfect is really what’s best for her … and her heart.

Owen Butler has lived in the town of Lexington his entire life. After years of feeling second best and wasting his time vying for the attention of his father, Owen has settled into an uncomplicated life. Not one to believe in happily ever after, he never expected the new woman in town to have him questioning everything he thought he wanted in life.

Together, under the rays of the moonlight, Owen and Minnie find themselves wondering what the future holds and if facing it together is worth the risk. 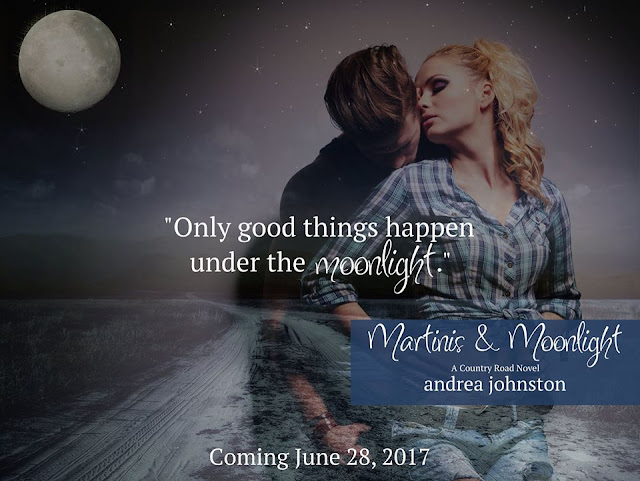 The closer I step toward the door, the clearer the music coming from inside becomes. It’s not the radio or music streaming from the TV. No, this is the music that most people don’t get to witness, Ashton Sullivan. Stepping inside the house, I linger for a few minutes near the front door, tossing my keys and wallet on the entry table. Growing up with Ben has allowed me a handful of moments over the years to hear Ashton singing. I know she suffers from some sort of phobia of singing in public and that’s why she hasn’t pursued a career in music. I don’t have many fears so this isn’t something I’ve ever understood and I think it’s a disservice to the world that her talent isn’t shared.

With the tequila in hand, I head toward the kitchen. The moment I make it to the doorway of the kitchen, I’m stopped in my tracks. The scene before me isn’t one I’d like to see the world experience. No, I’d like to keep this one for myself. Thank you to whoever invented cut-off shorts.

Once again, dressed in short jean shorts and knee-high socks, today’s top of choice is a loose-fitting red top with the shoulder hanging off Ashton’s shoulder, lacy black bra peeking out. With her hair piled on top of her head, Ashton is singing a popular song that she’s put her own country spin on. Swinging her hips and throwing in a few side-step dance moves as she does, the salad fork she’s holding becomes a drumstick as she taps out the chorus of the song.

Just as I’m about to clear my throat and announce my presence, Ashton swings her hips and, well, she drops it like it’s hot. Holy shit. Slowly rising from the squatting position with her ass swaying from side to side in a manner I would easily call a seductive sway, I swallow the lump that has formed in my throat as I will my hardening dick to calm down.

Instead of clearing my throat like I intended, I opt instead to take a few steps back into the hallway and make a little noise to let Ashton know I’m home. It works because when I make my way into the kitchen she’s no longer singing and, sadly, no longer dancing.

“Hey, roomie, you’re just in time,” she says over her shoulder with a smile.

I say nothing in response. I can’t. I still haven’t managed to fully swallow that lump in my throat. This woman has rendered me speechless.

“Oh, whatcha got there? Lemme see,” she says, grabbing the paper bag from me. “Ya okay, J? You’re looking a little flushed. Tequila?” she questions, pulling it out of the bag with a giggle.

“Uh, what? Oh yeah. Sorry, long day. I figured I was probably all out, so I stopped by the store for a new bottle.”

“Huh, well you were out,” she says, setting the bottle she took from me on the counter. Opening the freezer door, she rustles around for a second before presenting a bottle of the same tequila she just took from me. “That’s why I stopped and picked up a bottle earlier,” she adds before placing the bottle back in the freezer.

She needs to stop smiling like that. This is the girl I know. This is the woman I walked away from and the same woman that I try very hard to forget. Unsuccessfully.

“Great minds and all that. I need to clean up, is there time?” I ask but really, I’m pleading. I need to get my shit together.

“Sure. Take your time. We have another thirty minutes or so. Oh, and I got you some wine too. It’s in the fridge. I hope it’s okay, I relied on Google,” she says, turning back to the salad she’s preparing.

Opening the refrigerator door, I lean in to find my favorite dry white sitting on the top shelf. Taking a deep breath, I stand and close the door, “Thanks for the wine. You know, I still like beer, too.”

“I know, but I wanted to make sure you had choices for dinner. Now go or you’ll be eating a very overcooked roast.”

Nodding, I don’t offer a verbal reply and head to my room. Stripping out of my clothes is next to impossible with the hard-on I’m sporting. It’s been weeks since I got laid, which must be why I can’t seem to will this away with thoughts of fractions and kittens.

This is one of the longest dry spells I’ve had. Yeah, it’s completely self-imposed, but regardless, I’m glad we’re going out this weekend because I need to release some of this tension. For now, the shower and my hand will have to do.

Andrea Johnston spent her childhood with her nose in a book and a pen to paper. An avid people watcher, her mind is full of stories that yearn to be told. A fan of angsty romance with a happy ending, super sexy erotica and a good mystery, Andrea can always be found with her Kindle nearby fully charged.

Andrea lives in Idaho with her family and two dogs. When she isn’t spending time with her partner in crime aka her husband, she can be found binge watching all things Bravo and enjoying a cocktail. Nothing makes her happier than the laughter of her children, a good book, her feet in the water, and cocktail in hand all at the same time.