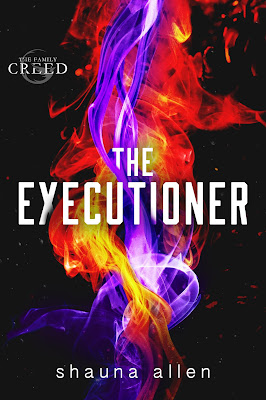 ~ Five brothers, one family tragedy, untold heartache. ~
A stray bullet ended my Army career, forcing me to follow in my father’s prison guard footsteps.
My sister’s disappearance ten years ago annihilated my family, forcing each of us to find a way to cope.
But I’ve survived. Adapted.
At least until Genevieve Stone showed up, digging into the truth in the name of journalism and finding her way deep under my skin. I’m determined to do whatever it takes to find my sister, but when the case is blown wide open by the sexy reporter, I’m left with the ultimate question . . . can I trust her?
I’m a soldier, heart and soul.
I don’t do love.
War and death and pain are my church.
My name is Asher Creed.
I am the Executioner.

***Reader note: This is the first of a 6-part emotional family saga series. Each story is 100% male first-person point-of-view, and while each full-length novel is guaranteed to have a complete HEA romance, their family mystery remains unsolved until the end of the series.

***Due to profanity, mild violence and very strong sexual content, this book is not intended for readers under the age of 18. Also, please note the title. The hero is, in fact, an executioner on death row. While there is no intent to make any social or political statements, please do not read if this will be offensive to you. 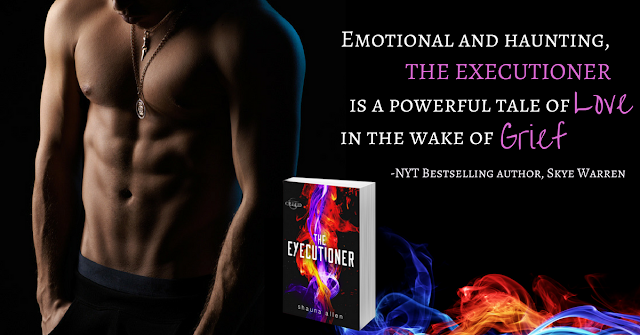 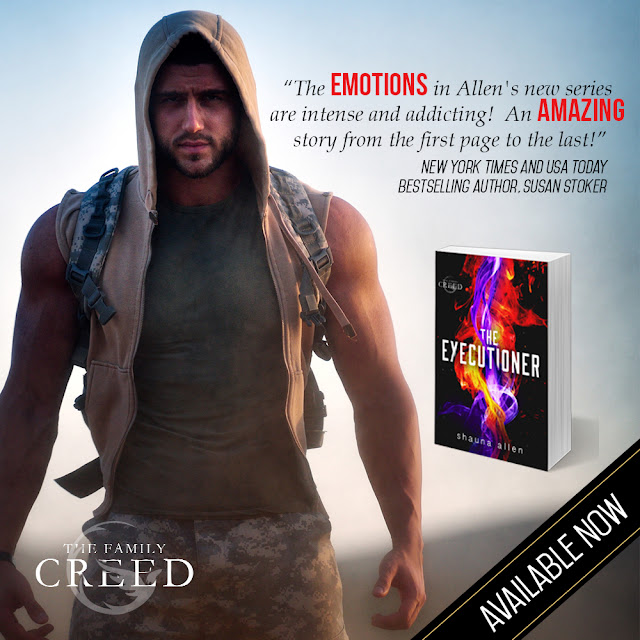 
“Are you part of the execution team?”

I swallowed, the thought of lying to her heavy in my throat. There was a reason we never divulged who was on the team. The stigma and attacks on our humanity would come from all angles, and in the end, it would change nothing. I am an executioner. It’s a job. Someone has to step up and do it. I was simply one of the few who were willing to swallow the emotional baggage that comes with putting another human being to death. I’m willing because maybe, just maybe, I’ll finally be able to bury the beast in me that snarls and snaps, thrashes and rages, thirsty for vengeance against the unknown monster that took my sister away.

“You know I can’t talk about that, Genevieve. I’m sorry.”

Her gold-green eyes sparked. “I thought so.”

I frowned, not answering.

“Okay. Let’s try this . . . hypothetically speaking, if someone were a part of the execution team at the prison, would they take part in every execution?”

“Theoretically, barring some certain circumstances, yes. Most likely. The warden has assembled a team he trusts and that rarely changes.”

She nodded and forked up a bite of meat. “How do you think those people feel? About killing another human being?” Her gaze was direct and unwavering.

I set my fork down and thought carefully about my reply. “I think they don’t think about it like that.”

A beat passed heavily between us. Two. “No.”

She said nothing, returning to her meal, and I followed suit. Eventually, the cloud that filled the room seemed to dissipate as she digested my answers. “Tell me about your brothers. I’m dying to know about them.”

She shrugged one shoulder and sipped her wine. “I just am. Are they like you? Big and sexy and moody?”

She laughed. “Not denying the big and sexy, huh?”

I fought the grin that wanted to bust loose and forked my salad. “We’re all big and sexy, I won’t lie.”

I thought of my brothers and our time together yesterday. Even as distant and strained as we’d become, I knew we all still loved each other fiercely. “Well, I’m the oldest. Levi is next. He’s a businessman in Austin, divorced, no kids. Jamison is a SWAT sniper in Dallas, goofy and single. Joshua works as a criminal profiler for the FBI in Virginia. He’s brainy and quiet and single, as far as I know anyway. And the baby is Silas. He’s an up and coming MMA fighter and he lives in Houston.”

“So none of you have girlfriends or wives? Really?”

I shrugged. It sounded weird when you put it that way. “Other than Levi, we’ve all managed to avoid it.”

One brow lifted in challenge. “Avoid it?”

“Yeah.” I scooped up the last of my food.

I nearly choked. “No.” I grabbed my water and sipped. “Why would you ask that?”

“Well, no women. Maybe there are men.”

“No. Only careers.” And grief, but I didn’t admit that out loud.

Her foot suddenly found my leg under the table. “I’m glad to hear it.”

I ran a hand under her jeans and up her calf. “Interested in my brothers?”

“Glad to hear it.” I caressed down her leg and massaged her instep.

Her eyes fluttered closed as I continued rubbing her foot. Suddenly, I was overwhelmed by the need to taste her again. “Are we done here?” My voice was gruff, even to my own ears.

Her eyes slid open and met mine. “I’m not sure.”

“I am.” Keeping our gazes locked, I stood and rounded the table to stand beside her. “Get up.”

Her eyes flared, but she did as she was told. I felt her heated focus on me as I shoved our dinner dishes to the side of the table, making room in front of us. “Sit.” I indicated the spot where her plate had just been.

She only hesitated a moment, the air becoming thick between us. The blood was rushing through my veins like fire and I desperately needed to quench it. My erection strained behind my jeans and it was all I could do to control myself when she looked at me like she was getting off on my dominance. I wasn’t a kinky man, but I definitely liked to be in charge, in the bedroom and out. Call it the Ranger mentality. 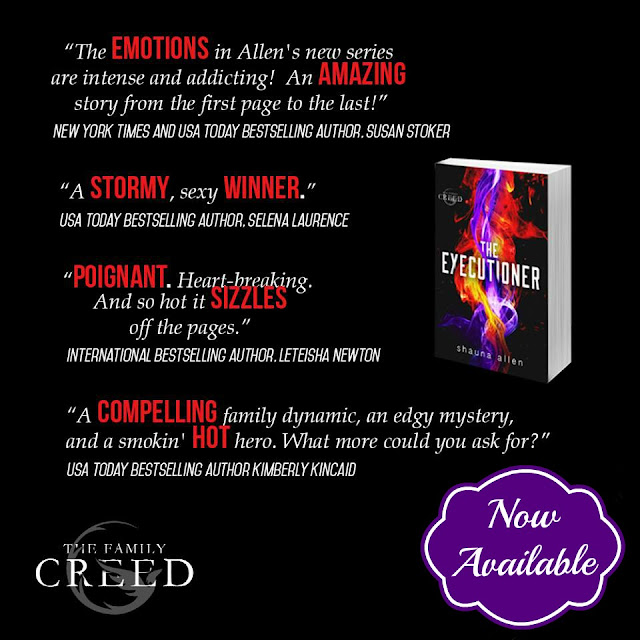 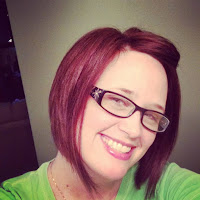 Shauna grew up an only child with two open and loving parents in Central Texas. She’s married to her high school sweetheart and is the mother to three awesome kids, including one in the United States Air Force. She is the award-winning author of the Jack ‘Em Up series and the upcoming Family Creed series. Shauna also writes emotional Contemporary YA novels as SC Montgomery and works as a freelance editor. She loves all things sexy, sassy, and Gerard Butler.