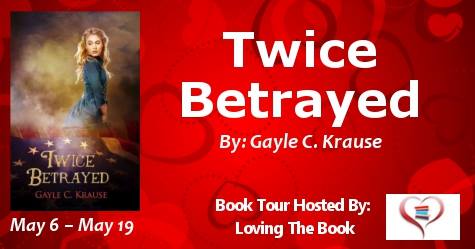 The thread of friendship is stretched to the breaking point… 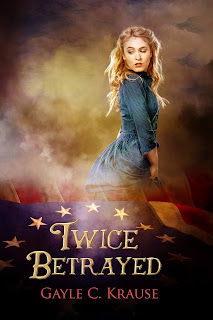 With the spark of independence crackling in Colonial Philadelphia, Perdy Rogers chafes under the strict rule of her Quaker grandmother and the endless duties of her apprenticeship in Betsy Ross’s upholstery shop. So when her best friend shares a secret and invites Perdy to help plan an elopement, she’s thrilled to be with her friends again. But Perdy has no idea that one favor will unravel the stable fabric of her life and involve her in a tangled web of deceit, lies and treachery.

Disguised as boys, three girls head to the river to put Perdy’s plan into action, but only two return. When the third, a young milliner’s assistant, is found drowned with gold coins sewn into her hems, coded spy letters in her bodice, and a journal implicating another sewing apprentice as her co-conspirator, all eyes turn to Perdy Rogers. But she’s no spy!

Accused of treason, she struggles to prove her innocence with the help of a handsome stranger and learns the hard way that freedom, whether an individual’s or a country’s, comes at a cost. 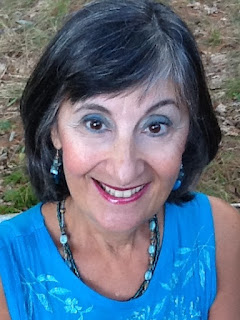 As a Master Educationalist Gayle C. Krause taught Children’s Literature, creative writing, storytelling techniques, and acting in upstate New York, where she trained young men and women to become successful Early Childhood and Elementary teachers. She also directed the Pre-K Laboratory School affiliated with her teacher-training program and taught at a local SUNY college as an adjunct professor.

Her years as a creative role model for teens and pre-school children have led to her career as a children’s author. She is a member of SCBWI, KIDLIT, INK, The JAGRS Writing Group, and a past member of the Historical Novel Society and The Poets’ Garage.

Her publishing credits include:

She lives in a small town not far from where she was born. She listens to her muse sing through the trees of the Pocono Mountains and is inspired to write for children everyday.

I sit accused of treason and I’ve no one to depend on but myself. I’m not going to let these strange men who don’t even know me and these absurd lies win. I squeeze my teary eyes shut. They’ve all abandoned me.


Mother, please send me the strength to get through this. Is this my punishment for foolishly disregarding Abby’s safety that night? I’m sorry for that. Mother, please make these men see the truth.


Suddenly, footsteps hurtle down the aisle and interrupt my thoughts.


Mr. White and Mr. Tillingham approach the Constable and the tiniest spark of hope ignites the darkness that surrounds me like a mourning cloak.


I peer through my lashes as the men huddle and quietly debate. The two parties of men stand at the back of the hall.


Finally, Constable Duffield faces me, waves his clenched fist above his head, and struts toward the judge. He opens his hand and whispers what Mr. White disclosed to him.


The judge straightens in his chair and strokes his beard. “You may proceed, Constable.”


“Councilman, we have uncovered the last bit of evidence that ensures a guilty verdict for our young traitoress. This button is the same type shown earlier in this court. Please pass it among yourselves.


I gasp. More evidence? A guilty verdict? How could this be?


Each man examines it closely. The last man pries it open. It’s in two pieces, when it returns to the Constable. His voice rings clear through the hall. “Here we have a secret compartment button, just as the others were, only this one has yet to have a message inserted.”


He turns to me. “Does this button look like the others, Miss Rogers?”


I turn the halves over and my heart sinks. The cover is exactly the same as the ones Old Annie tried to give me. I’ve no choice, but to answer. “Yes.”


“In her own words, she has claimed this button is the same as those used to transfer secret information. Do you know where this button was found?”


I’ve no idea. I bite the side of my mouth, mind frozen, unable to comprehend the warped logic of this man. Why does he think this button is proof of my guilt? I shake my head.


He turns to the townspeople, holds both halves above his head for all to see, and bellows, “Under your bed, Miss Rogers.” He turns to the jurors. “It was found under her very own bed, in the room she shares with the Widow Lithgow.”


The room erupts with whispers and insinuations.


Constable Duffield turns to where Mam was seated and continues. “Who is also gone from this court? Is this a coincidence? Whenever someone from that household is to be held accountable for their part in the conspiracy, they mysteriously disappear. First, Miss Montgomery, and now the Widow herself.”


I spring to my feet, as Abby did, and with a running start, push the treacherous man from behind.


He lands in the first row of chairs, where Mam and Abby were seated. My words are calm, but my tone is cold, almost threatening. “I told you not to accuse my grandmother. She’s a good woman with no blemish on her name. If you must blame me, then blame me, but do not try to implicate my grandmother.”


“See here, Miss Rogers,” calls the judge. “I shall not tolerate violence in my court. Seize her.”


Stunned silence hangs as thick as black velvet in the meeting room. Constable Duffield’s men grab my arms, and Quaker or not, I’ve no trouble focusing my hate on him.


He pulls himself to his feet and charges to where his men detain me. Gripping my arms, he lifts me high in the air.


I thrash my legs like a rearing stallion, as he carries me back to my chair, and forces me to sit. “We are not blaming you, Miss Rogers. We have proven you are, indeed, a traitor.” He’s so frenzied his spittle splashes my face. “You are the link between the British Loyalists and Colonial security. You, my dear, are a spy, a very cunning and clever spy. This button proves your connection and by your ‘own words,’ as the good grandmother would have it. This council will now decide your fate.” He pivots toward the Selectmen. “Gentlemen?”


My bewildered gaze falls on Miss Betsy, my only hope for salvation.


Tears glisten in her eyes.
The rest of the town sits with grim expressions, approving of the so-called justice they witnessed.


Adam Tillingham stands in the back, a smirk plastered across his face.


My pulse races. The knot in my chest tightens like a hangman’s noose. I can’t let this happen. It’s wrong. They’re wrong.


After several minutes of heated dialogue, the councilmen confront the judge. “Sir, she is but a girl, and some of us find the punishment for this crime to harsh.”


“Ah, but the law is the law, gentlemen. It does not defer to age.” Constable Duffield glowers at them.


“I order you to come to a decision, sir, as your verdict insures justice for our community,” says the judge.


After more discussion, the eldest man stands. A tear glints in his eye. He hesitates, and then glances away from me.


“Have you reached a unanimous decision, sir?” asks the judge.


“We have your honor. The known penalty for treason is death.”