Flirting With the Law
Outlaw Brides
by Vanessa Vale
Date of Publication: May 11, 2017

Chasing the infamous Black Widow, they may be the ones getting caught.

Maddie didn't want to be an outlaw, but fate forced her hand. Now she's known as the Black Widow, the wild and deadly leader of a group of women fugitives. The law has hunted them before, but Maddie can't walk away from her new life until justice is served.

Landon and Seth are experienced U.S. Marshals. Bringing in a rag-tag group of women outlaws should be easy. But one look at Maddie and everything changes. Right and wrong, lust and duty blur along the edges as these two rough cowboys discover the truth about Maddie's dark past—and fall in love.

A new series with two heroes! Who doesn't love a cowboy...or two? This steamy MFM historical romance is all about the woman. 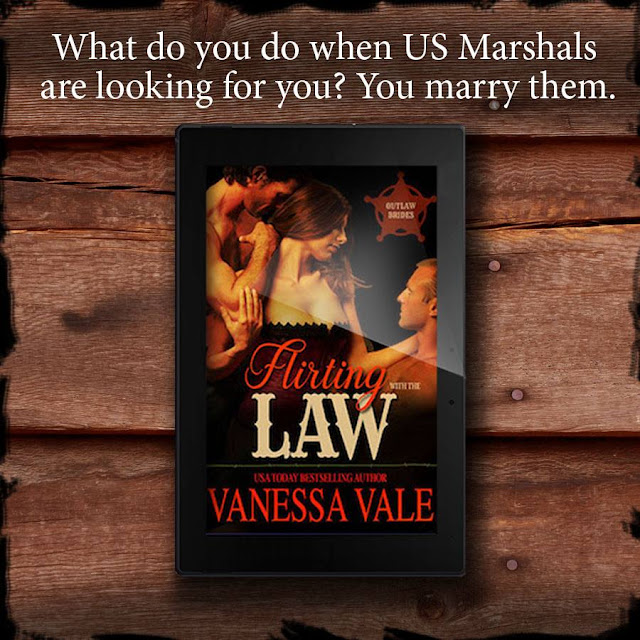 What a girl to do when she and her family have been wronged?

Take matters into her own hands of course.

Maddie never thought she'd become an outlaw, but that is exactly what she has become. She's not out to hurt anyone, just out to get what she's due. But just as she's set to collect the last she's owed, her luck may be running out.

Landon and Seth are ready to settle down, but with their job as Marshalls is demanding and they've yet to find that one special woman to share their life. All that changes when the spot a woman that take their breath away.

Just as these three connect and commit to each other, Maddie's outlaw past is about to come to light. What will Landon and Seth do when they learn the truth since they've just been hired to finding the Black Widow? Will they turn her in? Will she run or stay and face the music? Or will Landon and Seth do everything they can to keep Maddie safe and nestled between them?

Vanessa brings up a new exciting MFM series you've come to love and expect from her.

The dynamic between the three is hot, hot, hot. They get hot and heavy right from the start and just seem to get hotter as the story develops. I adore how Landon and Seth open Maddie's eyes to the pleasure she's only dreamed about.

Maddie is a stunning creature, going after what she believes is owed to her and doesn't let anyone get in her way. She's a feisty, witty, compassionate, smart woman that's isn't a afraid to stand up for what it right. 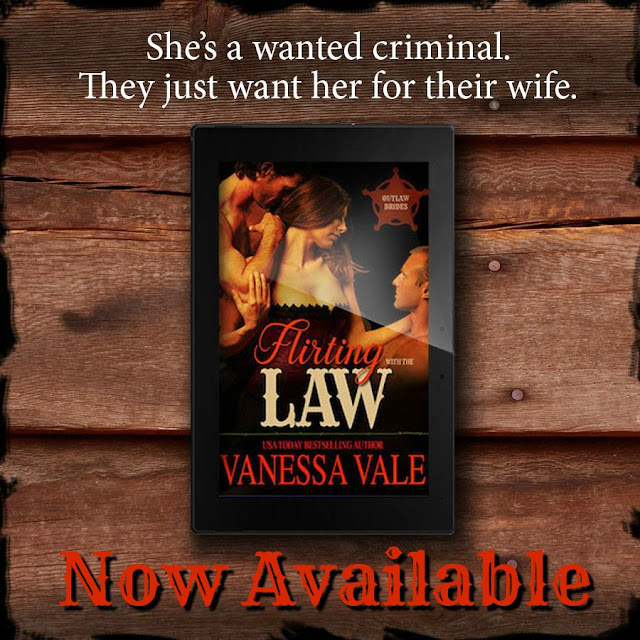 Vanessa Vale is the USA Today bestselling author of over thirty books, sexy romance novels, including her popular Bridgewater historical romance series and hot contemporary romances featuring unapologetic bad boys who don't just fall in love, they fall hard. When she's not writing, Vanessa savors the insanity of raising two boys, is figuring out how many meals she can make with a pressure cooker, and teaches a pretty mean karate class. While she's not as skilled at social media as her kids, she loves to interact with readers.

You can find out more about Vanessa at VanessaValeAuthor.com