We are thrilled to announce the release of Roommates: The Series from Kendall Ryan coming on December 26! 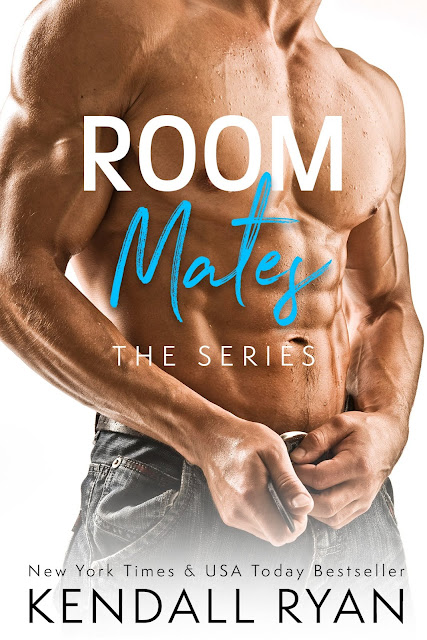 Life is smooth sailing until these new roomies find themselves stuck between a rock and a very hard place.

Because lusting after the one person you shouldn't ever mess around with--your new roommate is like cardinal rule number one.

The Room Mate - Her best friend's younger brother moves in and rocks her world with his amazing bedroom Olympics.

The Play Mate - Her older brother's best friend becomes the financial backer to her lingerie company then these two office-mates decide to become play mates. What's the worst that could happen?

The House Mate - He's the hot single dad, and she's the new live-in nanny. This is swoonworthy perfection if you like single dad romance!

The Soul Mate - The smoking-hot one-night stand she was never supposed to see again? She's pregnant, and he’s her hot doctor.