"Western Song" grabbed me from the opening pages and didn't let go until the very end. ... this book could cross genres, not just for fans of the western romance and interracial drama...but for anyone who just likes a moving, beautifully-written, and powerful read! ~ Steph Coleman, Goodreads; Barnes & Noble; Indie Book Reviewers


She was wrapped in a shapeless sarong, the eaves of the shelter dripping down on her, her hair covered with a woolen scarf to protect her from the cold and the wind and the wet. She was tiny and forlorn and even in the dark Weston could tell she was anything but pushing fifty, her long dark hair rippling down her back like a veil.

Weston shut off the engine and approached her, still moving clumsily, his left hand still protecting his right ribcage. On his approach, she turned towards him. Her eyes, almond shaped, the color deep, the color of the storm, were wary, but burned with an intensity that struck him. “Ah, ma’am…” He started awkwardly…what do you say? Excuse me, I know you’ve traveled ten thousand miles, but you’re fiancé is dead? Come with me. I know I’m a complete stranger but I’m totally safe?

He stuck out his hand. “I’m Weston…Weston Beaudurant? I’m a friend of Cody Goode.”

At the mention of Cody’s name, her face brightened. “Ah…Cody…Yes…Cody Goode.”

“Take…” That wasn’t the right word. “Pick you up…” No. Not that either… “Get you. I’ve come to…” He waved his right hand behind him, indicating his truck. “Bring…Get you…”

Oh, Lordy….Now what? He very gently reached out his hand and lightly touched her arm. He could feel how damp her sarong was where the eaves had dripped on it. “Let’s get you out of this rain.” He cupped her elbow with his left hand, and wincing, picked up the single valise with his right.

He started to guide her to the truck when a volley of sleet and rain whipped past.

Weston set down her valise, and took off his slicker, wincing again as he did so.

He guided her firmly to his truck.

“Ah…in a manner of speaking.” Weston led her to the passenger side. He opened the door, and hoisting her valise to the back, and stifling the shock of pain, helped her inside the cab.

Once Weston got behind the wheel, he started the truck, turning the heat on full blast. Then, he turned toward the woman. “I’m Weston, like I said. Weston Beaudurant.”

“Weston, yes. Cody told me.” She turned towards him eagerly, her hands folded in her lap, fingers entwined, the digits moving anxiously around each.

She leaned forward though her back was ramrod straight, her liquid black eyes shining as if they could impart the message her meager English could not. “Cody work for you. He tell me all about Weston Bo-doo-ran. He say Weston Bo-doo-ran is very good man.”

Her simple words pierced Weston’s heart like the ice that pelted his windows. Hot tears fogged his eyes.

Not trusting his speech, Weston shook his head.

Weston looked out the driver’s side window. “I’m sorry…” He looked back to her…. “I’m sorry, Song.

Weston turned in his seat, facing forward. He brushed at the tears that sprinkled his leathered cheeks brusquely. No way i had he anticipated that, and he was ashamed of himself for allowing that momentary indulgence. “I’m sorry, Song. I…. don’t…” He turned to face her. “There’s jus’ no easy way…” But as he faced her, her eyes eager and bright, he realized he could not even begin to find the right words to say.

“What? What you need tell me?”

He wanted to reach for her hand, but felt that would be too forward. Finally, he just leaned against the car door and spoke. “He’s gone.”


Western Song was first created as a ten minute play. My husband, actor/director Dave Florek, belonged to The InterAct Theatre Company and I was a member of their playwriting group. They produced a delightful series called The Last Gasp, which had been presented to their playwrights as a writing challenge: write a ten minute play that takes place in the judge’s chambers right before the couple’s divorce decree is decided.

We had a lovely friend, let’s call him Bob, who was very shy. We used to joke: “The only way Bob will ever get married is by a mail-order bride.” This was soon after the Vietnam War. There were many mail order brides coming across the seas from Vietnam and other parts of Asia. Thus, a storyline, a few decades later, was born. My handsome husband played Weston, and a beautiful young actress named Janice Chow played Song. That little eight minute play was a big hit!

Friend Stephen Metcalfe, playwright, screenwriter, and novelist read that eight page play and said, “This has to be a full-length screenplay.”
With Stephen’s help as well as a wonderful screenwriting class with an inspiring teacher, I developed Western Song into a full-length screenplay. Again with Stephen’s help, I was able to get the screenplay around to some big fish including Clint Eastwood at Mariposa and Kevin Costner. 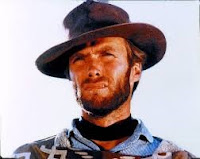 Alas—getting it there and getting it done are two very different things. Western Song won a number of screenwriting awards and placements—all very lovely, all in the end non-preventative of the proverbial collecting dust on the shelf.

A Very Favorite Memory: Another dear friend Don Toner who runs a theatre in Austin, arranged a reading of the screenplay. After the reading, a delightful Mom approached me with her ten year old son. “He wanted to shake the hand of the writer,” she told me. He looked up at me with his charming bespectacled face and thrust out his hand.

Takeaway: Never give up your dreams. Whatever they may be. Dare to dream. Dare to believe your dreams will come true.

Leigh Podgorski is an award winning playwright and screenwriter. Among her favorite projects are a play and documentary on Cahuilla elder Katherine Siva Saubel entitled We Are Still Here and the one-act play Windstorm for which she interviewed Dr. Elisabeth Kubler Ross. Leigh’s novels include The Women Debrowska that is loosely based on her own Polish ancestry, Ouray’s Peak which follows the story of one matriarchal Ute Indian lineage, and the metaphysical mystery series Stone Quest that includes Desert Chimera, Gallows Ascending, and Neuri Shape-Shifter. Several of her theatrical monologues have been published by Meriwether Publishing, Gerald Lee Ratliff, editor. Her newest novel is Western Song published by Solstice Publishing.

Western Song is a timeless love story filled with rich unique characters played out beneath the wide Wyoming sky about a bull riding rancher and his recently deceased best buddy’s Thai immigrant mail order bride; as she learns the true power of freedom, he discovers he’s lost his heart. In addition, Solstice has also published Leigh’s short story The Season of the Neuri Knight, a short story that will be released as a standalone and is currently available in the Anthology Realms of Fantastic Stories Vol2; and the novella My Soul to Take, which will be released on October 31st in the Anthology Now I Lay Me Down to Sleep Vol 6 and also as a standalone.