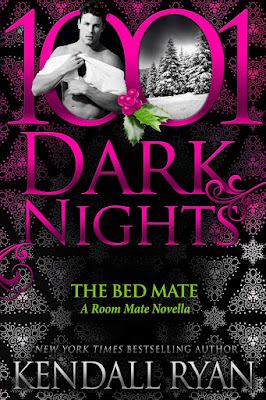 I might be a typical guy, but these last few years, my love life’s been anything but. From crazy ex-girlfriends to one night stands who are stage-five clingers, my relationships go bad faster than the milk in your fridge. The only constant has been my best friend Maggie.

Fresh off a bad breakup of her own, I invite Maggie to my guy’s skiing weekend knowing she needs an escape from reality. But then something funny starts to happen. I start noticing things about her that I never noticed before.

She’s beautiful and doesn’t know it, she’s funny without even trying, and now she’s suddenly single for the first time in forever.

Sharing a hotel room with her proves to be the tipping point in our very platonic friendship. Suddenly I want to put my hands, my mouth, and my ... other parts ... all over her gorgeous body. I want to claim her, make sure no man touches her ever again. But then her groveling ex shows up, and Maggie’s torn.

Am I ready to screw up the best relationship I’ve ever had for a shot at something more?

**Every 1001 Dark Nights novella is a standalone story. For new readers, it’s an introduction to an author’s world. And for fans, it’s a bonus book in the author’s series. We hope you'll enjoy each one as much as we do.** 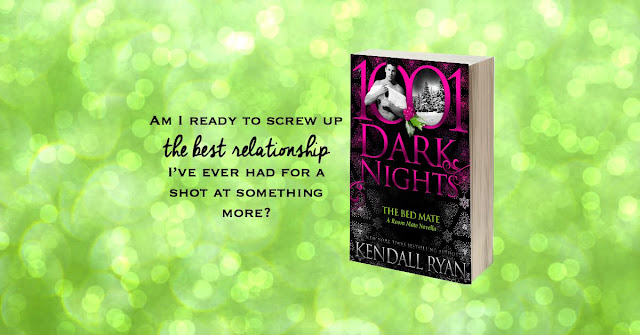 Every now and then, Sam would shoot me a sympathetic look, knowing that I had no idea what they were talking about, but in truth, their company was a welcome break. Between what the woman in the shop had said and the lady on the plane’s insinuation, my mind was going a mile a minute and I was beginning to look at Sam in a way I definitely shouldn’t be.

Okay, so, yeah, he was sexy. That was a no-brainer.

I shot him a furtive glance, taking in the corded muscles of his forearms and the lock of dark hair that constantly flopped onto his forehead. And sure, he was sweet and attentive. He looked after me and made sure I always had a fresh drink and that I wasn’t cold or hot. He held the door for me and pulled out my chair when we went to restaurants. Hell, he’d been looking forward to this trip for months and he’d sacrificed an entire day just to make sure I got here safe and didn’t spend my time sulking.

Still, that didn’t mean he had feelings for me. He hadn’t argued when I’d mentioned us being like brother and sister or anything.

No, this whole line of thinking was ludicrous. Sam was a good friend. That was all…wasn’t it?

After all, Trevor had loved me once and he never did any of that.

Admittedly, that wasn’t the best example, but it proved my point all the same. In Sam’s shoes, Trevor never would have missed the chance to hit the slopes with his friends. He hadn’t even skipped the business trip that fell on my twenty-fifth birthday years back.

But Sam was there, my brain supplied helpfully.

Again, not an indication that he had feelings for me. People were just different. Sam was one of the good ones. And if he liked me surely I’d have known by now. He’d have told me or…something.

“Is that your phone?” Sam turned to me and I blinked, only realizing that I’d been so encompassed in my own thoughts that I’d totally zoned out.

“Don’t you hear that vibrating noise? I think it’s your phone.”

I listened hard and then heard the low, gentle hum he was talking about.

“Yep, probably you-know-who again.” I sighed, but fished the phone from my tiny handbag all the same on the off chance it was a family member with an emergency.

It wasn’t Trevor, though. He had called—I had seven new missed messages from him since I’d left for the airport, but I also had three missed calls from my friend Deanna. I hadn’t spoken to her in more than two weeks because she’d been away on a long-awaited safari, but now more than ever I really needed to hear her voice.

Maggie and Sam have been inseparable for years, but their relationship has always been in the friend zone.

After years of friendship and several failed relationships (mostly on Sam's side), both find themselves single and having thoughts about the other they no longer need to fight.

But once they cross that line between friends and lovers, can their relationship survive this new dynamic or will they regret it in the morning and lose their friendship all together?

The Bed Mate is a fun, sassy, sexy, friends to lovers novella that reminds you something the best things in life are right in front of you.

I love how deep the relationship between Sam and Maggie is, they know each other so well and care about the other's well being. Their love isn't just physical, it's deep and profound.

I loved how everyone around them just knew they should be together and weren't all that surprised when they take their relationship to the next level.

I really loved the witty banter and sauciness between Sam and Maggie. Watching them navigate through their emotions until they could no longer fight their attraction was delightful.

I really enjoyed this quick, alluring, fun read that captives the reader from start to finish and leaves them with a smile. The Bed Mate is the prefect quick read after a long hard day, I highly recommend you pick it up today. 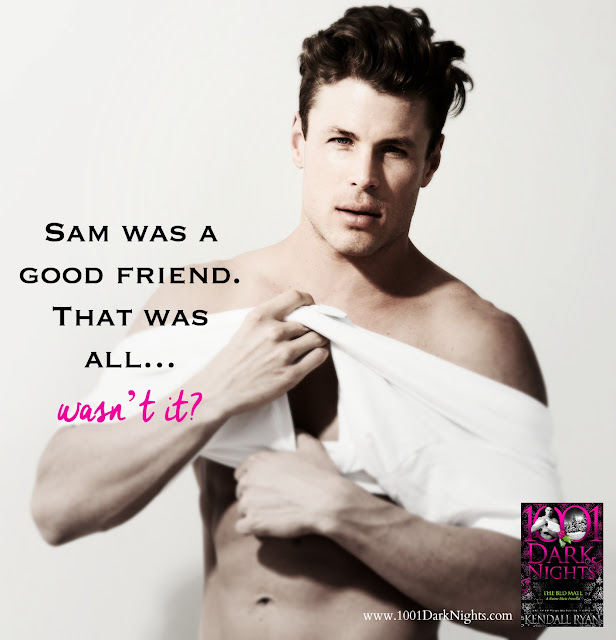