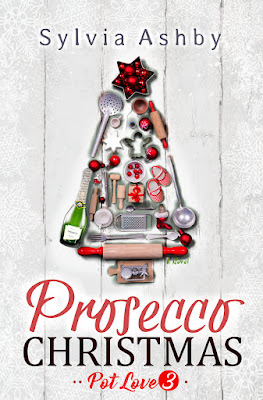 Family is where life begins.
And what better time to spend with your family than Christmas week?

Ashley and Giacomo go to Upper Swainswick, a postcard village ten minutes’ drive from Bath, to stay with Ashley’s mum and stepdad. It’s their last visit before the arrival of their first child.

But babies have a habit of being unpredictable.

So when Ashley goes into labour on Christmas Eve, three weeks ahead of schedule, it takes everyone by surprise.
She’s not ready! Her perfect Birth Plan is packed away in her hospital bag two hundred miles away, she has no going home outfit, and she has a live event planned for New Year’s Eve for her YouTube channel, The Sinking Chef. People have been signing up for it for weeks. She can’t possibly disappoint them on the last day of the year. What is she to do?

The tinsel gets even more tangled when Giacomo’s parents decide to fly from Italy to meet their first grandchild. Hotels are fully booked, so everyone has to stay under the same roof.

Would eleven people in the house, not counting the baby, turn out to be simply too much for Ashley?

We’re sitting around the low living room table about to begin a game of Best of British.

‘Right,’ Mum says. ‘Does everyone have a drink?’

Orna, Clara and Vittorio are drinking Prosecco. I raise my cup of tea. Thomas and Philip ignore her. They wanted to have the rest of the Coca Cola in the fridge, but Mum put her foot down. Also, they think Best of British is a dumb game. They wanted to play Cards Against Humanity, but Orna vetoed them. And now they are in a funk.

‘The question that we’re asking today is what makes British people so British?’ Orna reads aloud the back of the game box.

‘Let see,’ Mum opens the box and tips out the contents. There is a board, which she unfolds. The playing pieces are different colours and each of us has to choose one.

‘No, I’ll be blue!’ Thomas snatches the pieces before Philip can get to it.

‘You can have green!’

‘Boys, if you don’t behave there will be no desserts at dinner.’ Mum’s voice is assertive, but her eyes are pleading with them.

‘Tom always gets whatever he wants,’ Philip whines, but Mum stares him down and he settles for green.

Mum throws a shaky smile at Orna, who returns the smile without showing her teeth, then has the tiniest sip of Prosecco and rolls her eyes.

My blood boils in indignation on Mum’s behalf. How dare she treat Mum like that when she’s never had children. She has no idea what it’s like. I open my mouth to say something, then close it. What’s the point? She’s just a horrible woman. And I don’t want to spoil everybody else’s fun.

We each select a piece in silence and put them on the start space on the board.

‘Right, I’ll read out the rules, shall I?’ Mum grips the string of pearls hanging down her neck. She looks quite stressed. I wish she wouldn’t mind Orna.

Mum releases her string of pearls and makes them rattle.

‘Is everything clear?’ Mum looks around for a second time. ‘OK, then the youngest player goes first.’

Philip perks up. He picks up a card and hands it to her.

‘Who were Randolph, Diana, Sarah, Mary and Marigold?’ Mum looks at the answer perplexed. ‘Oh. This is rather hard. Perhaps you can choose another card, Phil. Something with a picture on it.’

‘This is not how you play a game!’ Orna pushes her ample bosom forward. ‘Rules are rules. They are meant to be followed by everyone. How will he learn to follow the rules if he’s always given leeway?’

‘He’s not always given leeway!’ Mum protests. ‘It’s just that… this question is rather out of his “era”.’

‘What do you mean out of his “era”? Since when has knowledge had an “era”? It’s not only current affairs that are important, you know?’ Orna clicks her tongue.

‘I didn’t say that, but he can’t be expected to know everything. He’s only twelve.’

‘Than you offer the question to the person who’s next in turn! When that person answers, he’ll learn.’

Mum rolls her eyes but complies.

Next in turn is Thomas.

‘I don’t know.’ Thomas grumbles. ‘This is a stupid game. Cards Against Humanity is much better.’

‘Yes, but we’re not playing Cards Against Humanity,’ Mum snaps at him. ‘We’re playing Best of British, OK?’

Her veneer is cracking. I see Philip throwing a warning glance in his brother’s direction but Thomas ignores him.

Next in turn is Orna.

‘Orna, who were Randolph, Diana, Sarah, Mary and Marigold?’ Mum reads the question for the third time.

‘They are all character from Downton Abbey!’ Orna says victoriously.

Thomas starts laughing and Mum shoots him a warning frown. 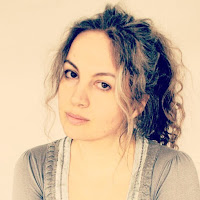 Sylvia Ashby is fond of the written word: books, blog posts, recipes, even an explanation to the HM Revenue & Customs as to why she thinks skirts should be exempt from VAT - she's written it all!

She likes travelling and has lived all over Europe - London, Brussels, Amsterdam and Sofia, Bulgaria. Currently, she lives in Leuven, Belgium with her husband, daughter, son and a sparrow called Jack, who comes occasionally to peck the seeds she leaves for him on top of the garden shed. 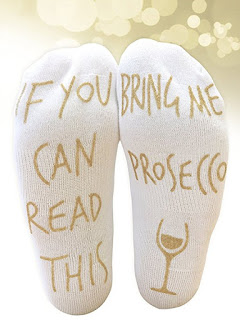